As part of an effort to attract more DevOps teams, Split is making available a free managed feature-flag service for up to five users within an organization.

Based on the same commercial managed service Split provides today, company president Trevor Stuart said the free service provides those five users with unlimited feature-flagging and unlimited usage in the hopes that the number of DevOps teams employing feature-flagging will rise to the point where the organization will opt to pay to consume the paid managed service. The free managed service also includes user segmentation capabilities to provide control over how many end users might be exposed to any new feature.

The paid managed service provides access to additional capabilities such as integrations, access and permissions, team collaboration and full-stack experimentation. 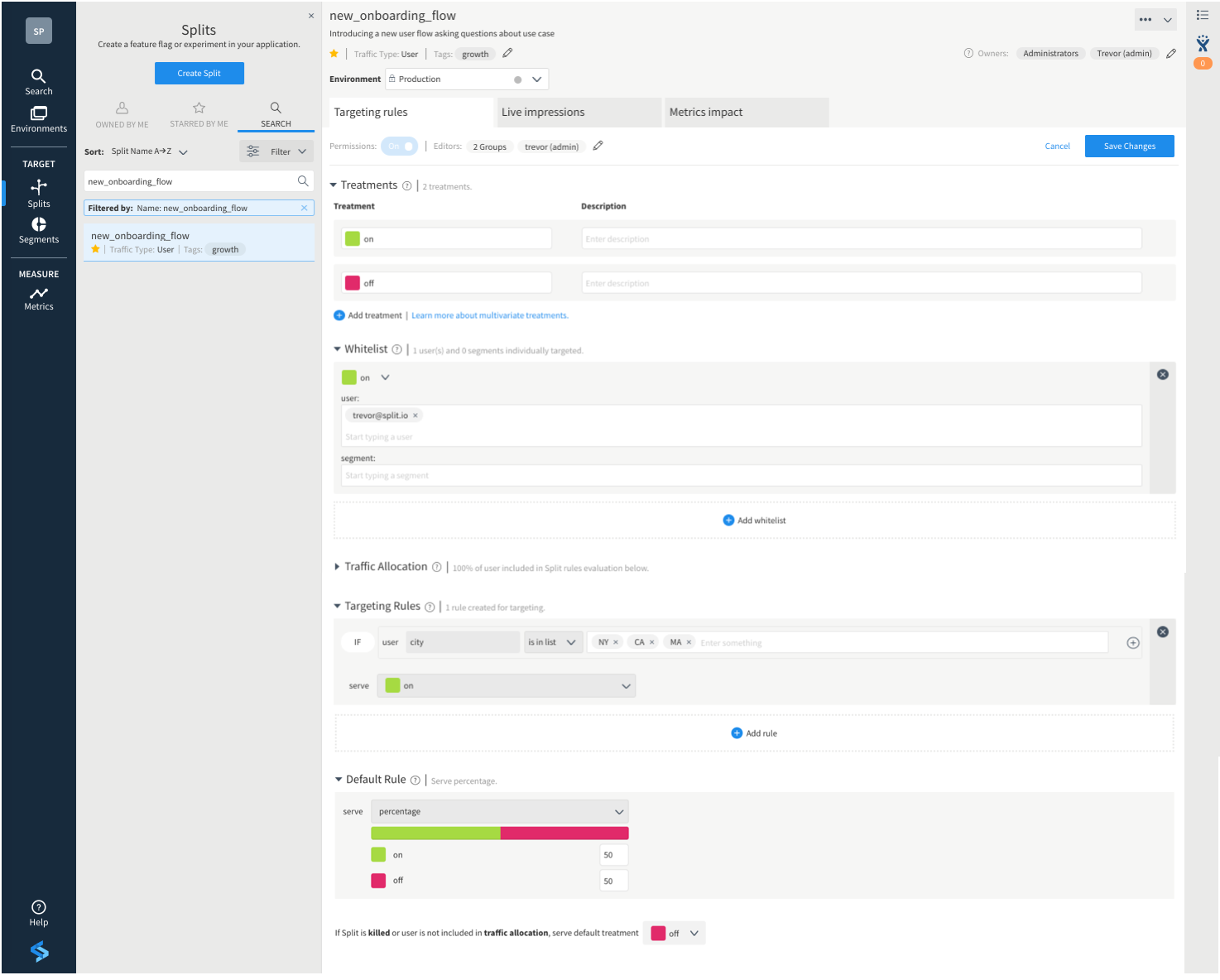 Stuart noted many DevOps teams are today attempting to incorporate feature-flagging into their processes by implementing one of more than 40 different open source projects. However, many of them quickly discover that building and maintaining a feature-flag platform is a difficult undertaking. Many developers decide that building a feature-flagging platform is a challenge they want to take on because it provides a critical set of DevOps capabilities. But when those developers leave the organization, the DevOps team is suddenly left with a platform no one else in the organization knows how to support, he said.

Feature flags, also known as feature toggles, provide a means for DevOps teams to test and add new capabilities to their applications without having to take the entire application offline. Feature-flagging also enables phased application rollouts that make it easier for DevOps teams to assess new functionality as it is added. Any problematic update can be turned off with a single click. The downside is they generally result in more branches of applications that need to be managed carefully within the context of a DevOps process. Because of that complexity, vendors such as Split have been making the case for employing platforms that enable DevOps teams to more easily incorporate feature-flagging within a DevOps process.

It may be a while longer before feature-flagging is adopted more pervasively. But as DevOps teams become increasingly more sophisticated, there’s little doubt feature-flagging won’t become more commonly employed. The simple truth is that uncontrolled application experiments on end users usually are not appreciated. Savvy DevOps teams are finding ways to test application functions in real-world scenarios with minimal disruption to the majority of end users.

The only real issue now is determining how best to go about implementing feature-flagging at a time when most DevOps teams already are struggling to keep pace with their existing application development and deployment projects.

The entire CI/CD/ARA market has been in flux almost since its inception. No sooner did we find a solution to a given problem than a better idea came along. The level of change has been intensified by increasing use, which has driven changes to underlying tools. Changes in infrastructure, such ... Read More
« APIs and DevOps
SmartBear Leads Innovation for Behavior-Driven Development with End-to-End Test Automation »