When it comes to websites and apps – speed matters; today’s consumers want everything yesterday. Recent studies show that there is no surer way to lose the trust of a consumer than to produce an app with sluggish performance. Recently, Amazon reported that for every tenth of a second of latency, sales decrease by one percent. Furthermore, almost half (48 percent) of consumers stated that they immediately uninstalled an app after slow performance. That’s a huge cost that translates directly to the bottom line.

Today’s websites and applications are hyper competitive when it comes to user experience (UX). Consumers are educated – and if the digital experience isn’t engaging and effective, they will leave for a digital channel that does deliver that experience.

The problem lies in the collaboration between UX designers and line of business teams. UX designers load up their sites and apps with cool content and hot third party JavaScript for a strong visual appeal. Following that, teams who are looking at competitor’s digital properties ask for even more content to be added in hopes that the app will be even more useful. Unfortunately, with this strategy, the end result is an incredible experience that probably performs somewhere between “eh” and “terrible”. Off go the consumers because the one thing they hate worse than something boring? Something slow.

So, it’s tough being a designer; contrary to popular belief, the reality is that web loading speeds on average are actually getting slower on a global scale. As more users flock to social media, and ecommerce sites to get their fix of images, videos and interactive plugins, web speeds have been plummeting. Factor in that 50 million people in the U.S. now watch streaming video on mobile phones, and the issue become clear. High-speed Internet is no longer enough to get content to consumers in a timely manner. In fact, you have to assume high speed is irrelevant because so much interaction is now “over the air” mobile.

The question now becomes, what can designers, developers and organizations do to maximize experience and keep things fast in a world where performance is slowly degrading?

It’s not rocket science that before a website or app is released into the wild, it needs to be tested and then deployed it in a way where it can be monitored to check it for performance issues, or any bugs that might annoy users into never looking at it again. The “it will get better” model of the past is dead. You have to get it right the first time.

However, testing and monitoring once isn’t enough; because there are so many variables that are introduced by 3rd party content – from a paid ad slot to an image to logins for social accounts to all the various marketing tags. A failure on the part of any one of these sources can damage performance. Furthermore, those third party bits are part of long chains of infrastructure themselves– with lots of exposed weak points. If your third party social media login JavaScript object can’t communicate to its house – or the pipe it’s house uses to talk to Facebook is down, all the consumer knows is that they won’t be back.

As good of an idea as it may seem to drop in one more marketing or advertising capability to increase the revenue generated by applications, it needs to be tested and monitored first to make sure it doesn’t have the opposite effect. Without fully assessing the risks associated with the addition of these services, it’s hard to evaluate whether it will help or hurt the business.

Finally, be sure to load test at different traffic levels. It can be easy to focus testing on best-case scenarios, but be aware that once released, apps need to perform under a whole host of different network conditions.

Keep It Simple, but Don’t be Stupid

Design is always a balance between the desire to give consumers more functionality and a more interactive and friendly UI. For many organizations, this means coming up with something snazzy, and then having developers and operations make sense of it to enable performance. So – often to avoid potential points of contention – the bias drifts towards being safe and ensuring performance at minimal cost.

Ultimately, the best experience will equal more sales, more views, more consumers, and better ROI. It actually is rooted in economic fact – the experience can and will drive more revenue, but only by investing in support.

So, how do you maintain and stretch experience without blowing up performance? The key is being predictable by spending time on research, evaluating different options and constantly testing them to see what provides the right balance of experience and performance. Just because you have been using the same social media JavaScript object from a well-known source doesn’t mean you shouldn’t always be comparing it against other alternatives. And given that at least 30% of web pages come from third parties, this means there is a lot of continuous monitoring and research to do.

Ultimately what we are doing here is taking the artist’s mindset of maximizing creativity, and applying the scientific method. Researching all those third party options and checking their performance – before presenting to the DevOps team – provides the ammunition to show that it’s possible to affordably deliver great performance and a great experience. Then, partnering with DevOps to constantly monitor third party content makes sure that at the first sign of degradation, backup providers are waiting in the wings to be deployed. 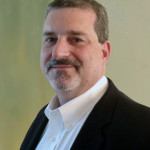 Adam Thier is the Executive Vice President of Engineering at Keynote Systems. He brings Keynote over 25 years of software development and product experience ranging from a number of successful startups through engineering leadership roles at industry leaders such as SAP. In particular, he is an expert in analytic applications, predictive analytics, massively parallel in-memory databases, and columnar store processing.
Prior to Keynote, Thier was the Senior Vice President of Frontline applications at SAP, and prior to that ran development for Hyperion’s applications portfolio prior to its acquisition by Oracle. Thier is an avid proponent and practitioner of design thinking and credits most of the success of the products he has been responsible for to deep engagement with customers and continuous co-innovation.  Thier has a BA from Marist College.
Sponsored Content
Featured eBook

No matter where you are in your hybrid cloud journey, security is a big concern. Hybrid cloud security vulnerabilities typically take the form of loss of resource oversight and control, including unsanctioned public cloud use, lack of visibility into resources, inadequate change control, poor configuration management, and ineffective access controls ... Read More
« Webinar: Enabling DevOps and Containers on VMware with Nirmata
Vote for the DevOps Dozen »