Brandon Jung, vice president of ecosystems and business development at Tabnine, said the goal is to make it easier for developers to automatically write code based on custom models created using AI. Those models would reside in the CI/CD platform provided by GitLab. Developers can now create custom models of their private source code, he noted.

The Tabnine AI assistant can then be trained on a customer’s private code, style and security best practices that have been defined by an internal DevOps team, added Jung. That assistant, accessible from within a developer’s integrated development environment (IDE), is conversant in 35 programming languages.

The code completion tool doesn’t eliminate the need for developers to write code; instead, it completes code once developers start writing it based on the model stored in the CI/CD platform. 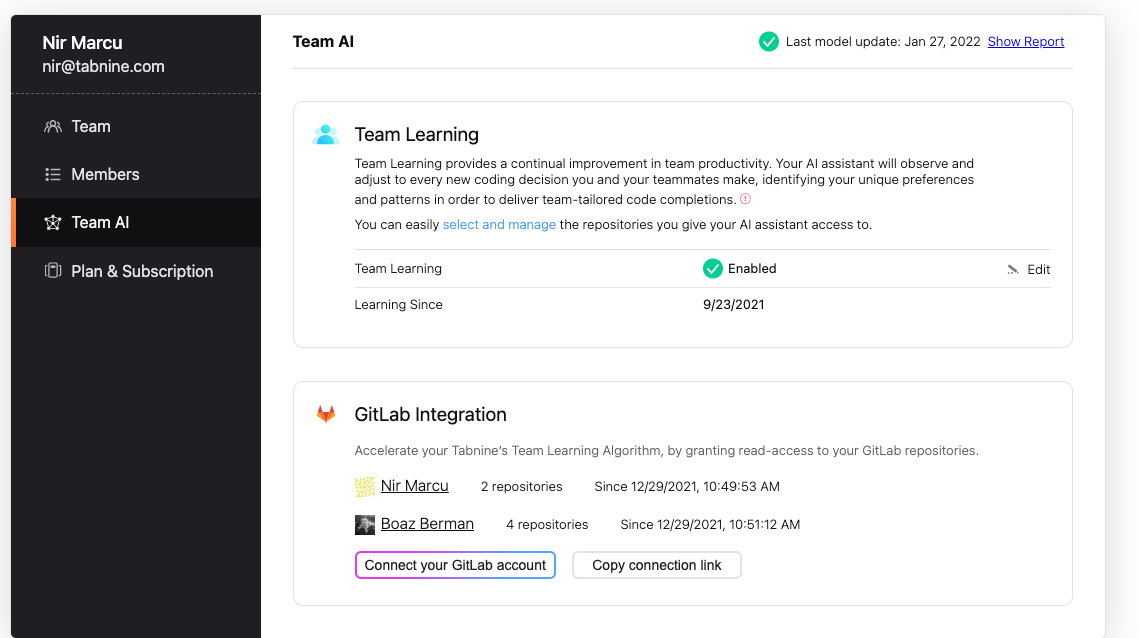 Nima Badiey, vice president of global alliances for GitLab, said the overall goal is to increase developer productivity at a time when organizations are launching more application development initiatives than ever. Many of those applications are being constructed using multiple programming languages that each individual developer may not have equally mastered.

In addition, an AI model will, over time, improve the quality of the code being created, noted Badiey. That should make it easier to review code that is more accurate because it was created with the aid of a machine, he added.

In general, GitLab has been moving to incorporate AI within DevOps workflows. The company last year acquired UnReview, a provider of a tool that uses machine learning algorithms to identify which code reviewers to assign to a project based on both the quality of their previous efforts and their current workloads.

It’s not clear to what degree AI will be pervasively embedded within DevOps workflows. However, it’s now just a matter of time before algorithms are more widely employed. Organizations that employ DevOps today devote significant resources to maintaining platforms that could be simpler to manage if more tasks and processes were automated. In theory, more resources could be then devoted to building applications versus maintaining DevOps platforms.

Not everyone in IT is, of course, entirely comfortable with AI. Nevertheless, most DevOps organizations are highly committed to automating as many processes as possible. The only thing that will be different going forward is determining to what degree those processes will be automated by humans versus a machine.