“We have a quality philosophy now…but it took the rise of the middle child to make it happen.”

Ann Lewis’ metaphor of testers being the “middle child” between software development and IT operations was present throughout Accelerate 2017, Tricentis’ annual user conference. Nearly every head in the room nodded as Lewis described how testers, like middle children, tend to get less attention than their professional or familial siblings, but she insisted that there’s never been a better opportunity for testers to receive the respect they deserve. Digital transformation, no matter how you define it, requires new commitments to quality, and it’s up to testers to claim be the change agents in the transformations that CIOs are tasked with delivering.

Tricentis CEO Sandeep Johri and other CxOs who spoke at Accelerate echoed this sentiment. Johri pointed out that speed continues to be a primary focus of maintaining or gaining competitive advantage, and manual testing processes that prevent agility or DevOps success at the enterprise level must be automated going forward.

What was also made clear is that scaling investments in automation is not the single key to success. The pressure CIOs are under today, especially around digital transformation, requires new investments in a number of different areas, many of which are only just being realized. While CIOs may understand the necessity of quality, it’s up to testers to get the buy-in required for the continuous testing required to deliver it at scale.

Testers with an oft-ignored middle child mindset may find the concept of being recognized as a “champion” by their CIO or CEO unlikely. But, Todd Pierce’s impassioned session on “What CxOs really think about testing” was designed to inspire testers to change the way testing was viewed too often in the past.

As a current Rock Health and Dignity Health board member, and former Bill & Melinda Gates Foundation chief digital officer, Pierce shared his peers’ all-too-common beliefs that testing takes too long, costs too much and constrains developer productivity. And, while it may hurt to admit, with manual testing that should be automated and insufficient testing time that results in bugs making it to production, it’s not surprising that CIOs would feel this way.

Pierce explained that testers who adopt innovative, scriptless “high-precision testing,” are able to shorten their test cycle, reduce defects that make it to production and eliminate costly rework for themselves and developers alike. When high-precision testing is performed continuously throughout the software development life cycle (SDLC), those beliefs that testing takes too long, costs too much and impedes innovation lose all validity. “Everyone in this room should be the drivers of agility in the enterprise,” remarked Pierce.

Emmet Keeffe at Insight Venture Partners hosted a CIO roundtable later in the day where four CIOs detailed their personal experiences with taking enterprises through digital transformations. Each CIO admitted that in the past they had underestimated the the time being spent on testing, and one somewhat bravely stated that he’d always found testing somewhat “boring.” One might expect a room of testers to storm the stage with charges of heresy, but, given that many testers have suspected that management felt this way for years, I got the feeling that many were simply impressed that someone who felt that way had admitted it.

But the panel, Pierce, Lewis and countless other speakers at Accelerate also made sure that the attendees of their sessions understood one thing: As more organizations undergo digital transformation—and no matter what stage of digital transformation they’re in—testing has never been in a better position to drive positive changes that will have monumental impacts on the business.

Whether CIOs have been tasked with delivering greater agility, DevOps shifts, increased security, enhanced user experience, reliability and performance or legacy app modernization, testing may not be the first organization that CIOs turn to for help. But, as Keeffe explained, testing leaders who truly understand the incredible opportunity they have to make those CIOs heroes will make themselves heroes in the process.

About the Author / Noel Wurst 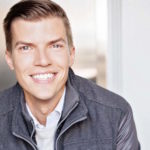 Noel Wurst leads influencer relations for Tricentis, and collects stories around cultural shifts and evolving technology’s impact on the software testing industry. By attending global conferences, interviewing passionate software professionals, and working closely with product, engineering and customer success teams, Noel looks for stories that matter and innovative ways to share them with audiences that lead to business growth. You can follow Noel on Twitter and LinkedIn.

“The Automated Enterprise” e-book shows the important role IT automation plays in business today. Optimize resources and speed development with Red Hat® management solutions, powered by Red Hat Ansible® Automation. IT automation helps your business better serve your customers, so you can be successful as you: Optimize resources by automating ... Read More
« Job Requisition
Building a Services and IoT Platform with DevOps, Part 2 »