Early in Illumio’s history, I saw the future of DevOps security. The CISO of an electronics manufacturer brought us in to help secure a new support service that was built entirely in the cloud. After meeting with the security team, we were introduced to the application development team who cast a cold eye on our technology. About five minutes into the demo, the group’s manager asked to take control of the keyboard and start using our software. “I know how to use this. It’s like network-security Chef,” he said with a wry smile. He flew through the UI.

Fast forward to the recent DevOps Connect event at RSA, which underscored the critical importance of cybersecurity to the application development process. If business increasingly relies on agile software development, the lack of corresponding fast-moving security approaches effectively increases the risk of a breach or a cyberattack. You cannot build and mount applications in a distributed application and computing environment and then rely on a static, hierarchical security model built upon chokepoints, infrastructure control points and organizational silos.

Traditionally, one group created applications and another deployed them on the compute infrastructure. Then, a third group implemented security and ensured applications were trusted, particularly through instrumentation of the perimeter network security. Those days are disappearing.

It is time for a new relationship – and new, shared technologies — among DevOps, infrastructure and security, expressed through what I believe are are 10 principles for DevOps and security.

Principle I — No divine right of InfoSec primogeniture. Security must not be run in a silo. While security teams play the most critical role in assessing corporate risk and setting policy, there must be leadership and shared responsibility across various IT functions.

Principle II — Orchestrate but remediate. Security must be as responsive to continuous delivery as application creation and scaling. Application developers need cool, agile tools for security, too.

Principle VI — Security must be built-in, not bolted on. Application and security architectures that can contain the threats are the order of the enterprise. To Principles IV and V, this increases organizational speed and reduces risk.

Principle VIII — Stream, not batch. Security must deploy as streaming technology, not batch processes. There is no “set it and forget it” approach for security in a DevOps world.

Principle IX — A minute lost finding a breach is unacceptable. Only a minimal amount of time (second, minutes) must pass in finding cyberattacks and breaches. Systems must be engineered for constant visibility and notification of policy violations. 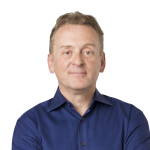 Alan Cohen – As chief commercial officer, Alan leads Illumio’s go-to-market strategy and customer engagement life cycle organizations, including marketing, support, talent, and IT. He is a 25-year technology veteran known for company building and new-market-creation experience. Alan’s prior two companies, Airespace (acquired by Cisco for $450 million) and Nicira (acquired by VMware for $1.26 billion), were the market leaders in centralized WLANs and network virtualization, respectively.

Prior to Nicira, Alan led the enterprise marketing organization at Cisco, a team of 300 responsible for bringing to market an associated $25 billion product portfolio. He serves as an advisor to several technology companies including MobileIron, Highfive, and Netskope. Alan is a frequent industry speaker and commentator whose work has appeared in The New York Times, Fortune, Re/code, and Gigaom. He has a BA from SUNY Buffalo, an MA from the School of International Service at American University, and an MBA in Finance from the Stern School of Business at New York University.

No matter where you are in your hybrid cloud journey, security is a big concern. Hybrid cloud security vulnerabilities typically take the form of loss of resource oversight and control, including unsanctioned public cloud use, lack of visibility into resources, inadequate change control, poor configuration management, and ineffective access controls ... Read More
« API Discovery and Search with APIs.JSON
Container Usage Survey »