What is in the gap between development and production delivery? Testing. Not surprisingly, when Gartner surveyed its clients in 2015, more than 50 percent of them ranked the need for test automation as one of their top priorities for DevOps success. This really illustrates the recognition that DevOps cannot succeed if only one part of the DevOps continuum is automated. Companies that have started to focus on DevOps recognize that they must “Mind the Gap.”

Why is automating the various testing steps (regression, performance, stress, GUI, QA, interoperability and security testing) so difficult? There are five key components that must be automated successfully:

DevOps projects tend to start in one part of the continuum from development to operations. There is nothing wrong with taking this approach. However, it is also important to “Mind the Gap” and work to expand automation across the continuum continuously. One way to ensure that automation can expand easily is to deploy sandbox technology across the continuum, beginning with development and continuing through configuration and release management. The sandbox ensures that at each step, the production configuration and workload is being replicated.

Sandboxing technology has been used in development in the past, but is relatively new to the entire DevOps process. As more companies move to continuous integration and continuous deployment, however, the need for sandboxes is growing.

The sandbox should provide the following:

DevOps depends on continuous automation from development, through test and QA, to configuration management and production deployment. Sandboxes provide a common automation environment that can be used at each step of the DevOps cycle to close the gap between development and deployment. 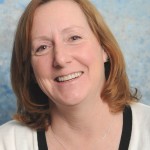 While building constructive culture, engaging workers individually and helping staff avoid burnout have always been organizationally demanding, they are intensified by the continuous, always-on notion of DevOps.  When we think of work burnout, we often think of grueling workloads and deadline pressures. But it also has to do with mismatched ... Read More
« Are You Ready for Your DevOps Transformation?
DevOps.com State-of-the-Union »