Home » Blogs » DevSecOps » Threat Modeling: The Why, How, When and Which Tools

You may have heard of threat modeling as a structured activity for identifying and managing threats. Threat modeling can be applied to a wide range of things, including software, applications, systems, networks, IOTs and business processes.

Threat modeling’s motto should be, “The earlier the better, but not too late and never ignore.” Without threat modeling, your security is a gamble—and in today’s business environment,  you’re sure to lose.

When you design an application, you will face several security issues during different phases of the software development life cycle (SDLC), and so having threat modeling in the SDLC from the beginning can help to safeguard that applications are being developed, with security built in.

Simply put, threat modeling is a procedure to identify threats and vulnerabilities in the earliest stage of the development life cycle to identify gaps and mitigate risk, which guarantees that a secure application is being built, saving both revenue and time.

How To Do Threat Modeling

Many people think only security engineers can do threat modeling. That’s not true. Anyone, from developer to software project manager, can threat-model. In fact, I would suggest they should also know a little bit of threat modeling as part of their work.

Let’s look at the elements of threat modeling:

Assets: What valuable data and equipment should be secured?

Threats: What the attacker can do to the system?

Vulnerabilities: What are the flaws in the system that can allow an attacker to realize a threat? 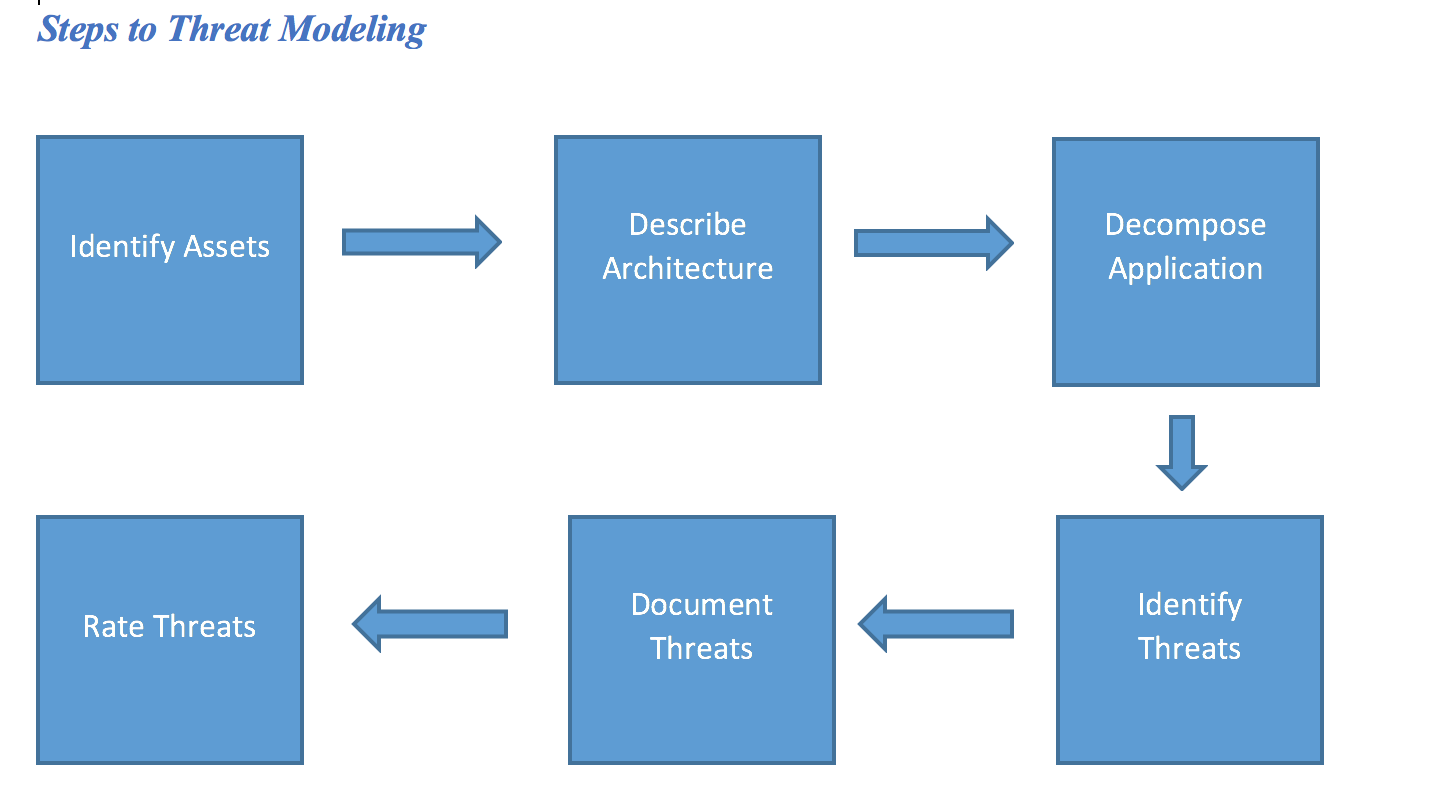 Step 2: Outline details of architecture on which the valuable asset is being processed. It may include the software framework, version and other architectural details (ASP.net web application connection to cloud data stores and third-party services using JWT tokens).

Step 3: Break down the application regarding its process, including all the sub-processes that are running the application. We create a data flow diagram (DFD).

Step 4: List identify threats in a descriptive way to review to process further.

Step 5: Classify the threats with parallel instances so that threats can be identified in the application in a structured and repeatable manner.

Step 6: Rate the severity of the threat.

When to use Threat Modeling

In simple words, at the early stages of the SDLC, perform threat modeling:

Threat models are continuously changing, and the models you prepared today may not be efficient tomorrow. And it is difficult to say that you are covered from all the threats. But if you have performed threat modeling and done whatever it takes to minimize your exposure to security risks, at least the impact of something very bad happening will be manageable (again, hopefully, but not a guarantee).

I have used two tools for threat modeling, both of which are free to use.

Let’s take a look at both the tools: