DevOps suffers from the lack of a clearly defined definition. A Google search displays results that state that DevOps is empathy, culture or a movement. There are also derivations of DevOps, such as ChatOps and HugOps.

A lot of speakers mention DEVOPS but no-one seemed to have a widely agreed definition of what DEVOPS actually means.

Proposed Definition of DevOps: “Getting more done with fewer meetings.”

How, then, do you create a curriculum and certification course that has any significant value on an unclear subject?

For a methodology that has an emphasis on people, empathy and communications, it falls woefully short of heeding its own advice and values. On any given day, you can see the meaning debated on blog posts and tweets.

My Understanding of DevOps and Why it Exists

DevOps is an extension of the agile methodology that is hyperfocused on bringing customers extraordinary value without compromising creativity (development) or stability (operations). DevOps is from the two merged worlds of development and operations—operations in this context include all aspects of IT such as system administration, maintenance, etc.

Creation and stability are naturally at odds with each other. The ripple effect is a good way to explain how these two concepts have friction. Stability wants to keep the pond from becoming turbulent and causing harm. Creation leads to change, which can act as a random rock thrown into the water and sending ripples throughout the whole pond, leading to undesired side effects that cause harm to the whole ecosystem.

DevOps seeks to leverage the momentum of controlled ripples to bring about effective change without causing enough turbulence to impact the whole pond negatively.

The natural friction between these two needs often drives a wedge between development and operations. Operations worry that a product update may include broken functionality that customers have come to depend on, and developers worry that sorely needed new features may not make it to customers because of an operation’s resistance to change.

Instead of taking polarizing positions, DevOps is focused on blending those two positions into a force that effectively provides value to the customer without compromising the creativity and stability that a product or service needs to compete in an ever-evolving world.

Why is a Clear, Singular Meaning Needed?

The understanding of a meaning is an important part of sending a message.

Without a clear, singular meaning, you risk losing the message that you want people to hear. In technology, I see messages get drowned in noise all the time.

In communications theory, noise is anything that interferes with understanding. Noise is more than just the sounds of static, loud music or machinery. Creating noise can be simple as using obscure words to explain a topic or providing an unclear definition that muddles the comprehension of a given subject.

DevOps suffers from too much noise that increases people’s uncertainty of the word. After reading a few posts on DevOps, each one with its declaration of the essence of DevOps, people can get confused by what the word means. DevOps is empathy! DevOps is culture! DevOps is a movement!

Because of noise, DevOps seems to stand for multiple ideas plus agile operations without setting any prioritization or definitive context. Okay, so which is it? Is it one of those or is it all of them? Which idea is the most important? Furthermore, these ideas can cause friction, as not everyone shares the same view on these topics. DevOps is supposed to reduce friction between naturally opposing groups within a business, not create more of it.

Another aspect of noise is using words that are a barrier to understanding a given definition.

DevOps is the practice of operations and development engineers participating together in the entire service life cycle, from design through the development process to production support.

People from a non-technical background or outside the world of agile and development may have a difficult time understanding a definition like that. When I read something like this, all is hear in my head is same sound the teacher in Peanuts makes: “Blah, blah blah, blah.”

If you want people to remember something, make it easy to understand and memorable.

Appeal to All Personality Styles

In marketing, you’re taught to write to appeal to four personality styles: driver, analytical, expressive and amiable. Getting people to work together in the workplace also requires appealing to these four personality types.

There is a need for a single definition of DevOps that appeals to the four personality styles—or, at the very least, refrains from being a barrier to entry. If a person needs to persuade someone who has a driver personality, but the definition includes language that invokes an automatic “no,” that puts people who want to use DevOps at a disadvantage.

Give people every advantage you can for them to adopt DevOps.

It’s Time for a Definition for DevOps

At a time when the DevOps role is becoming increasingly important for businesses, it is crucial that a globally recognized definition be created to reduce uncertainty. It’s hypocritical to introduce a word that touches upon the importance of communication and then expect people to take it seriously when the definition constantly changes.

It’s time that we have a singular definition for DevOps so people can use it for the hiring process or certifications without the risk of the message being lost or co-opted into something it is not. 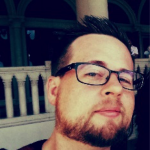 Michael is the head of DevOps at Solovis, creator of badmishka.co, and all around mischievous nerdy guy. He is writing on behalf of Packt Publishing.