VMware announced it is adding a service mapping capability to the Wavefront 3D Observability platform it provides with the Wavefront by VMware monitoring tools.

Stela Udovicic, senior director of product marketing for Wavefront, said Wavefront Service Maps will make it easier for IT organizations to visualize what will soon be thousands of microservices running highly distributed computing environments, including those based on containers running on Docker Engine, connected via service meshes such as Istio or spanning proxy servers such as Envoy. 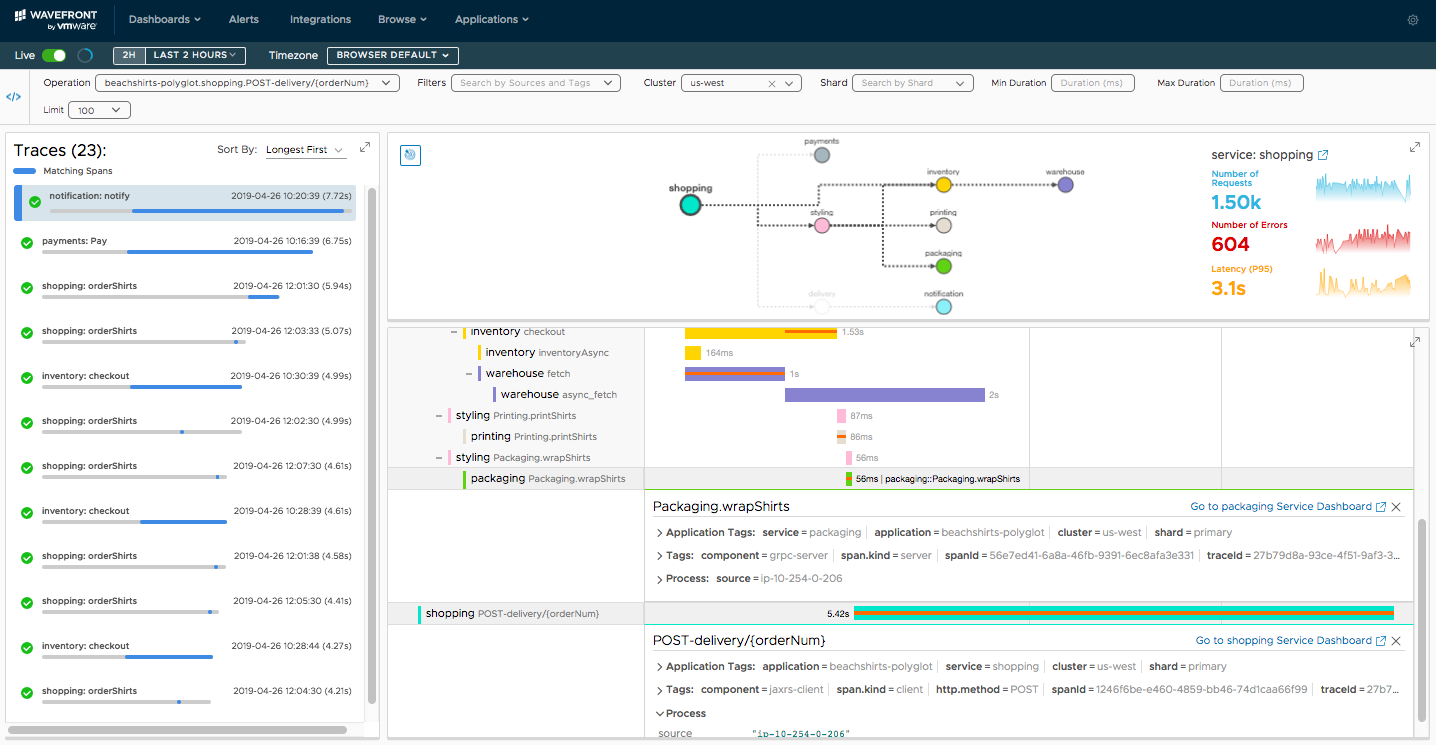 Capabilities provided by Wavefront Service Maps include packaged visualization of request flows with a map of service dependencies, built-in tracking of health metrics and view into individual traces to pinpoint performance bottlenecks.

Accessed as a set of software-as-a-service (Saas) applications, Wavefront by VMware relies on an agentless approach to monitoring that supports all the major public clouds along with providing integrations with platforms such as Kubernetes, GitHub, Slack, PagerDuty, Kafka and Pivotal Application Service.

Udovicic said by making it easier to visually identify and troubleshoot microservices, IT organizations should be able to accelerate their transition to modern cloud-native applications. Building and deploying a single application based on microservices is complicated enough. Trying to support hundreds of those applications is simply too daunting without the ability to visualize all the interdependencies between those services. Troubleshooting any issue then becomes easier because Wavefront Service Maps is designed to enable DevOps teams to drill down to the traces being employed to monitor the application, she said.

Earlier this year, Wavefront added support for distributed tracing and machine learning algorithms that also make it easier to identify anomalies within a microservices-based application.

There’s naturally a high correlation between organizations that have adopted cloud-native application development using microservices aggressively and those that have implemented best DevOps practices. In fact, one of the benefits of a visualization tool is that it makes it easier to bring new members on to those teams. Rather than having to piece together what is occurring in the environment, a new member of a DevOps team can visually inspect each microservice they might be responsible for managing.

It may be a while before DevOps processes become the dominant default method for managing IT. But as DevOps tools become easier to use, the number of DevOps practitioners should increase steadily. Arguably, one of the reasons DevOps adoption is not as far along as it might be is that the learning curve is still too steep. But as visualization capabilities gets added to the analytics frameworks baked into those tools, it’s now only a matter of time before the number of IT professionals that might be intimidated by DevOps processes starts to decline steadily.