Docker is revolutionizing the way people think about applications and deployments. It provides a simple way to run and distribute Linux containers for a variety of use cases, from lightweight virtual machines to complex distributed micro-services architectures. Kubernetes is an open source project to manage a cluster of Linux containers as a single system, managing and running Docker containers across multiple Docker hosts, offering co-location of containers, service discovery and replication control. It was started by Google and now it is supported by Microsoft, RedHat, IBM and Docker Inc amongst others. Jenkins Continuous Integration environment can be dynamically scaled by using the Kubernetes and Docker plugins, using containers to run slaves and jobs, and also isolate job execution. 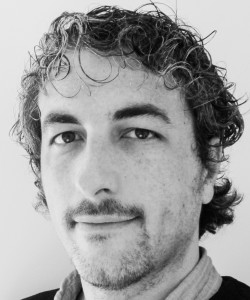 Carlos Sanchez specializes in the automation and quality of software development, and QA and operations processes, from build tools to Continuous Delivery following the DevOps philosophy. He has spoken on the subject at several conferences around the world. Involved in Open Source for over ten years, he is a member of the Apache Software Foundation amongst other open source groups, contributing to several projects, such as Apache Maven, Fog, or Puppet. He works at CloudBees scaling the Jenkins platform.

The entire CI/CD/ARA market has been in flux almost since its inception. No sooner did we find a solution to a given problem than a better idea came along. The level of change has been intensified by increasing use, which has driven changes to underlying tools. Changes in infrastructure, such ... Read More
« DevOps Leadership Series: Boston Common
Lean for DevOps: Is it OK to move the banana? »