One of the most often used words these days to describe emerging architectures and technology is (drum roll please) “programmable.”

Now, from my used-to-be-a-developer-and-architect-turned-infrastructure-geek perspective, I know what that means. It means I get to write code. But to what purpose that code is put to is a question that’s rarely answered. So today we’re going to answer it because, well, my used-to-be-a-developer-and-architect-turned-infrastructure-geek persona likes to talk about code.

The easiest way to visualize the difference between these impressive sounding terms is to recognize that the data path is inside and the control path is outside. 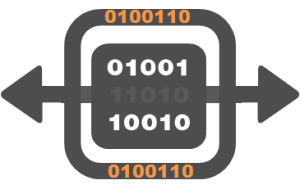 What that means is if you’re interacting with the data path, you are participating in it. You can inspect it, evaluate it, and transform it and, perhaps more importantly, you can make decisions based on data in flight. That’s powerful for the network, because a variety of Devops patterns are based on this very concept and require the network for implementation. Consider, for example, the implementation of an A/B testing pattern. The basic premise of the pattern is that somehow the identity of a user is known and, based on their membership in a defined group (beta testing customers, roles within the organization, volunteers from the community, etc…) they are routed to different versions of the same application to determine how differences in the UI impact behavior.

Notice the term routing, which implies it is a function of the network. The reason programmability is critical is two-fold: one, you must be able to identify the user as belonging to a specific group and two, you must be able to dynamically route based on that information. The former, identification, could ostensibly be accomplished using fixed lists IFF (If and Only If) it is possible to map a user to some variable readily accessible to the network, which traditionally means things like IP and MAC addresses and TCP ports. Most folks will immediately recognize that today this isn’t enough (and actually it hasn’t been enough since the days of the mega-proxy, but I digress). The information that’s needed is much higher in the networking stack at the application layer, aka in the OSI model as Layer 7. Which means you’re probably going to have to dig into HTTP headers and maybe the payload to get the data you want. That requires programmability in the data path, inside.

To really make the pattern scale (and to make it flexible enough to support a phased approach to beta testing) you probably don’t want group membership  to be a static, fixed thing. So now you’re going to want to extend your implementation to include making a call to a database or identity store (LDAP, AD, etc…) to get current information. That requires programmability in the data path, inside.

So what programmability in the data path means is the ability to use code to direct the behavior of some “thing” in the network, be it an application proxy or a load balancer or what have you. You can’t easily do this through configuration-based proxies because they don’t allow for the execution of the domain logic  necessary. There are a limited number of interactions you can achieve with configuration-based systems because of the logic they’re hard-coded to execute,and most of them don’t include calling out to a data store to look-up arbitrary information.

Data path programmability = Code in Flight. So you now you know where the name of the blog came from. This developer-and-architect-turned-infrastructure-geek finds the intersection between programmability and networking irresistible.

Well, that’s the easy part. Control path programmability is on the outside. It’s the APIs that enable automation and orchestration of provisioning and configuration. Control path programmability is how you integrate infrastructure into command control systems like OpenStack, Puppet and Chef. Infrastructure comes with varying degrees of API-enablement, some extremely granular and others less so, depending on the particular function and maturity of the vendor.

So what you can do with the control path depends on the API, but in general it enables things like provisioning new services – think configuring a new virtual server in Apache and all the settings that accompany it – or start up and shut down functions that enable rolling maintenance across a set of devices or servers to avoid downtime.

But all control path programmability is on the outside, enabling integration and management without having to learn a CLI or configuration file syntax.

SDN and Devops use both programmability to reach relatively the same goals: scale of operations, rapid provisioning of services, to decrease the possibility of human error (the fat finger factor) and to introduce flexibility into systems that were previously bound to fixed processing and configuration-based paradigms.

No matter where you are in your hybrid cloud journey, security is a big concern. Hybrid cloud security vulnerabilities typically take the form of loss of resource oversight and control, including unsanctioned public cloud use, lack of visibility into resources, inadequate change control, poor configuration management, and ineffective access controls ... Read More
« Chuck Norris doesn’t need DevOps, but have we beat “What is DevOps” to death yet?
Config Management & F***ing Shell Scripts »