Home » Blogs » Will Blockchain Move Past Hype to Reality?

Blockchain has hit peak “hype,” according to Gartner’s recently published “Hype Cycle for Emerging Technologies.” The financial world has been very optimistic about blockchain or distributed ledger technology (DLT)—the underlying technology behind bitcoin—and the impending disruption it can bring to the way the financial system works.

Although the initial buzz around bitcoin has gradually died down over the last couple of years, DLT has gained a lot of traction in the industry. As a concept, distributed ledger and open network with encrypted data brings vast opportunities for ideation. But will it only be hype? Or will blockchain graduate from the lab environment to the real world? Only time will tell, but the idea of distributed ledger is here to stay.

From Idea to Adoption

Any new technology will go through its hype cycle before settling down with the complex reality of business adoption. Blockchain is most likely going through the cycle at this point in time. It may not be panacea for all the challenges faced by the industry today, but it definitely shows some initial promise of being a game-changer.

We have very rarely seen industry cooperation like this for a new technology.  Financial institutions are excited and rightly so. Global financial markets potentially can save as much as $80 billion in operating costs if blockchain becomes a mainstream technology.

The application of blockchain will exceed hype only when it addresses the core issues financial institutions face today: simplification and security. While cost takeout is a great value proposition, I believe that adoption of blockchain as a technology fundamentally should revolve around rationalizing the process value chain and providing robust security. Some of the initial use cases for financial services firms show a lot of promise, from the process simplification and digitization perspective leveraging distributed ledger, but there is still significant ground to cover before it becomes real.

Why Blockchain Isn’t There Yet

There is exciting amount of exploratory traction around blockchain use cases, but the reality is that no financial institution has yet implemented blockchain in production, and I don’t think it’s going to happen anytime soon.

The success of blockchain as a technology hinges on three factors:

Security – Recent lapses in bitcoin exchange and virtual robberies of digital money pose a significant threat to the underlying technology (blockchain itself). In a world where each participant will have his or her own private key, there will be many hurdles to cross in the barriers of data security. How safe will it be? How quickly will it scale up to expose all the vulnerabilities?

Dealing with legacy – Many technologies have matured over the years, yet banks still run on mainframes! How blockchain interoperates with the legacy infrastructure in banks will be the most important aspect to watch out for. Is the idea to build a greenfield environment and re-imagine the financial world more pragmatic?

Trust – Data ownership traditionally has been a source of power. Digital currency and federated data over blockchain will change the very existence of political hierarchies. How will businesses deal with it?

Still, it’s a good bet to have in your long-term portfolio.

Although its foundational blocks are really solid, blockhain’s mainstream adoption in the near future is going to be tough. Hawk-eyed regulators will be picky about security threats and any negative news. But the collaboration on this technology is unprecedented and bodes well for the future, so I’m optimistic blockchain will become a reality at some point in time. Going by the wisdom of Bill Gates, I’m looking at five to seven years.

About the Author / Mohit Sinha 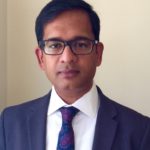 Mohit Sinha is a client partner in the Finance Solutions group at Wipro Digital and currently manages the relationship with a top tier Investment Bank in London. He has over 14 years of experience spanning domain consulting and client relationship management in the Investment Banking and Wealth Management domain. He has been part of successful delivery of transformation initiatives across UK and Europe CIB and PWM, Derivatives Operations, SEPA transformation and CIB/PB Order and Trade Management areas. Connect with him on LinkedIn and Twitter.

Now, more than ever, companies who rapidly react to changing market conditions and customer behavior will have a competitive edge.  Innovation-driven response is successful not only when a company has new ideas, but also when the software needed to implement them is delivered quickly. Companies who have weathered recent events ... Read More
« Electric Cloud Announces New Version of ElectricFlow That Simplifies Container Deployments and Coordinates Microservices-based Application Releases for Enterprise DevOps
Don’t Leave Software Testers Out of DevOps »