We just released the seventh annual DevSecOps Community Survey. We captured the pulse of over 5,000 developers in 102 countries. What we learned about trends in DevSecOps will surprise you—especially the parts about how happiness influences company culture, software security and business competitiveness.

When we tallied up the results we quickly saw some interesting correlations. Organizations with mature DevSecOps practices innovate faster and produce more secure software. Why? It boils down to having happier developers. Developers in mature practices were 1.5x more likely to say they enjoyed their work. Mature DevSecOps practices are also 1.8x more likely to use automated security tools, which certainly makes developer’s lives easier.

Here are just a few interesting tidbits we discovered.

“We’ve always known that DevSecOps is about culture. The 2020 DevSecOps Community Survey, for the first time, reveals clear and convincing empirical evidence that developers are happier and more productive when security is part of the digital transformation and DevOps journey,” said James Wickett, head of research at Verica.io. 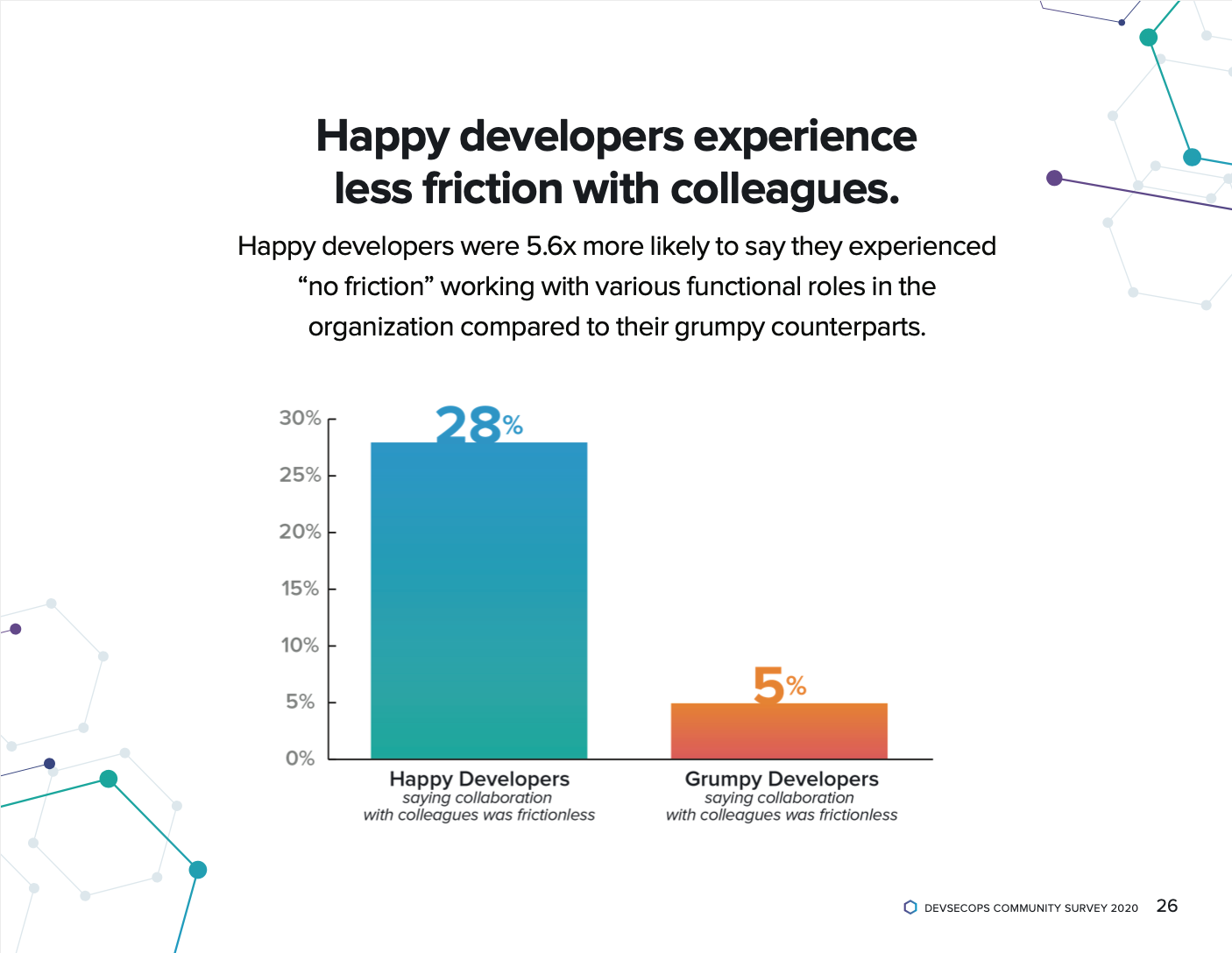 “Mature DevOps practices are constantly testing, deploying and validating that software meets every requirement and allows for fast recovery in the event of a problem. As a result we can easily say, ‘DevSecOps is DevOps done right,’” said Hasan Yasar, technical director and adjunct faculty member at the Software Engineering Institute, Carnegie Mellon University.

Happy developers build more secure code. Here’s how they do it: 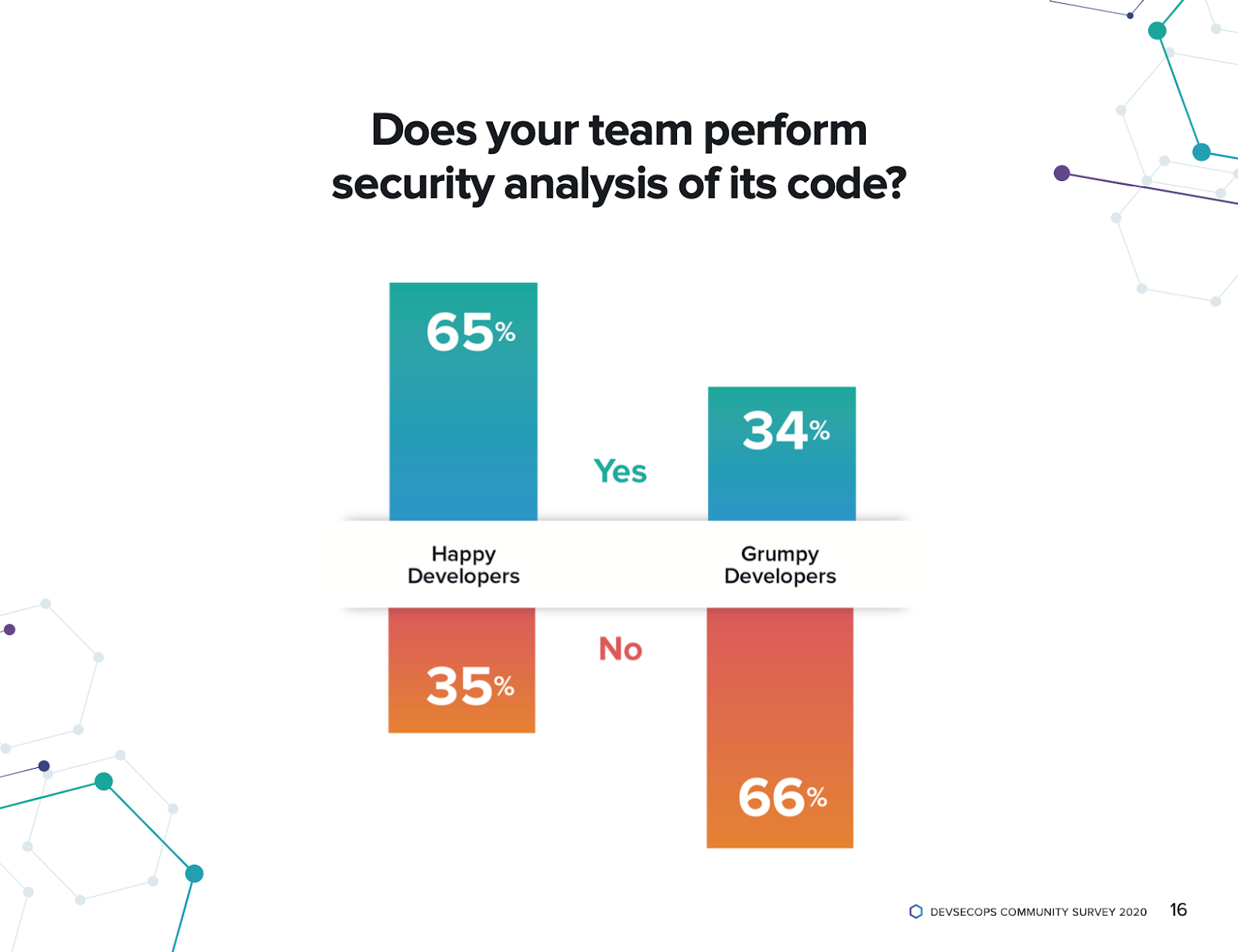 “We cannot achieve higher levels of DevOps maturity until we understand how tightly woven people are into the transformation process. More than anything, DevSecOps success is tied to human effort,” said Jayne Groll, CEO of DevOps Institute.

Businesses depend on secure code built by happy people. Look at these findings: 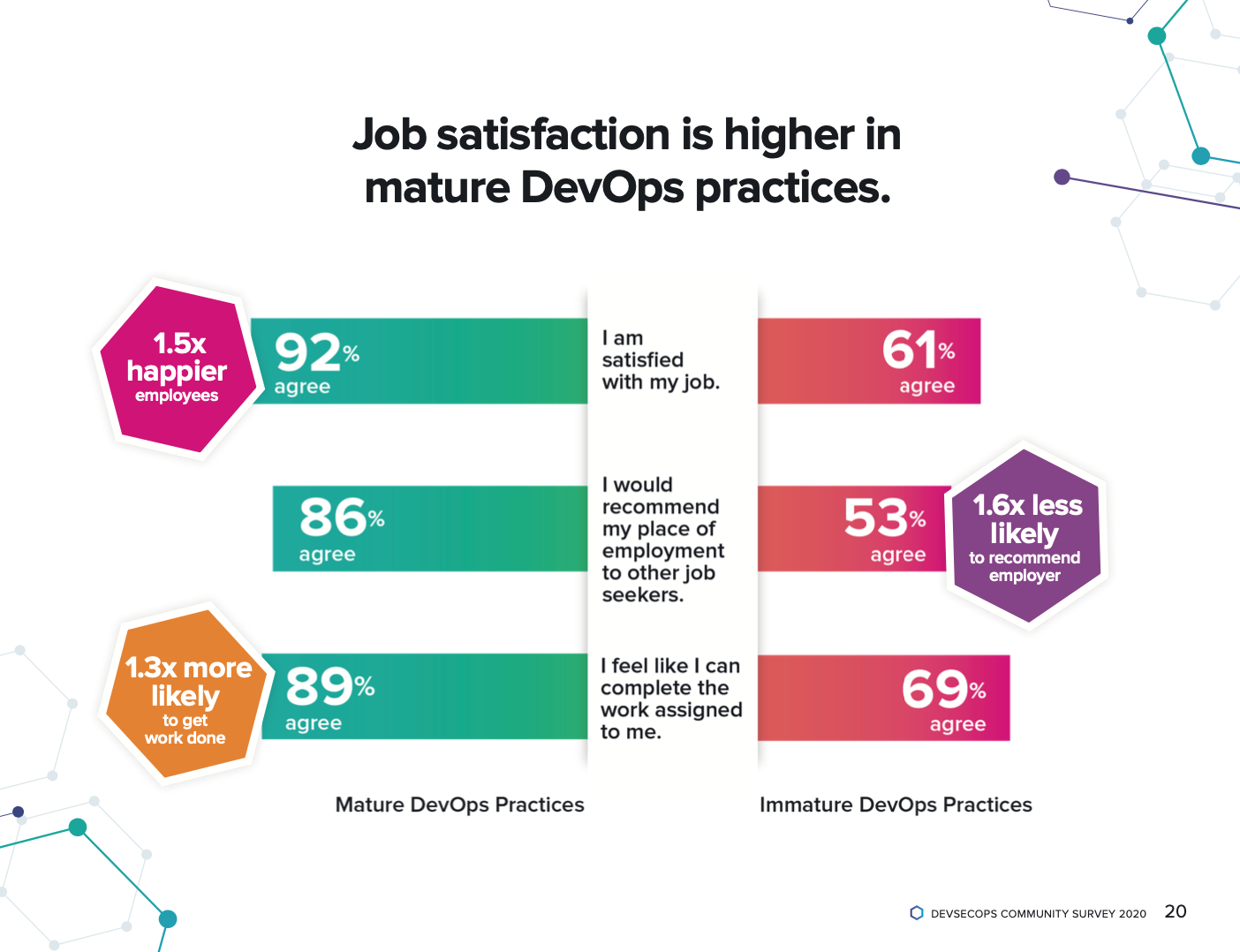 Download the full report here. Also, be sure to register for All Day DevOps | Spring Break on April 17th. I’ll be doing a session that goes over the report in depth and you won’t want to miss it.

While building constructive culture, engaging workers individually and helping staff avoid burnout have always been organizationally demanding, they are intensified by the continuous, always-on notion of DevOps.  When we think of work burnout, we often think of grueling workloads and deadline pressures. But it also has to do with mismatched ... Read More
« Scales
Intelligent Virtual Assistants and Their Role in Helping Brands Transform Customer Experiences »