Traceability in DevOps is about ensuring clarity, accountability and the best possible end product for customers

There’s a lot to think about when it comes to mobile DevOps. For a start, there’s the need for effective cooperation between members of different teams, perhaps even via team collaboration software for remote workers. With so many people working on DevOps, it’s easy for some to become siloed from their colleagues, hampering communication and undermining teamwork.

Then there’s the wider question of DevOps strategy—deciding on a vision, setting goals and working out how to measure your success (or otherwise, as the case may be). One thing that has to be central to your strategy is traceability. You may have come across the term a few times before. It’s commonly used elsewhere in the business world, especially with regard to supply chains. Basically, what it means is keeping track of a commodity or product at every stage of the production process.

Records of the product’s entire manufacturing and distribution history are kept so that the sources of any problems can later be determined and dealt with. Traceability thereby ensures that suppliers can act quickly and decisively in the event of a product recall, for example.

Another advantage of traceability is that it provides additional transparency, which helps to maintain consumer confidence. As consumers are becoming increasingly aware of how products are sourced and manufactured, this is now an important consideration. It reassures consumers that manufacturers and suppliers are aware of their concerns and that they’re looking out for their best interests. 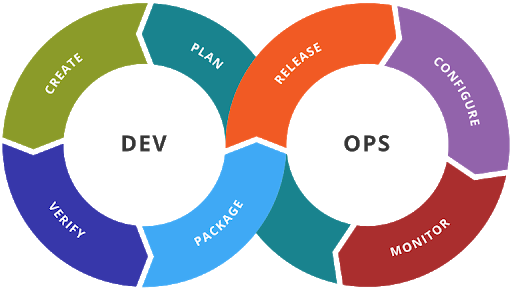 You can see already, then, how much of this also applies to mobile DevOps. Traceability in DevOps is about ensuring clarity, accountability and the best possible end product for the consumer. But it’s especially important in DevOps because speed is of the essence—there’s constant pressure to get apps developed, into the hands of users and then incorporate feedback as soon as possible. It goes without saying that this can lead to oversights and slip-ups that might otherwise be avoided.

In addition, DevOps teams have sought to accelerate this process by allowing for greater decentralization and autonomy among their teams. The logic behind this is that it allows for quicker delivery and deployment. Screenshare solutions and other such technological fixes can help to facilitate closer collaboration. However, this easing of control can nevertheless create some potential for confusion in the development process. That may make it more difficult to maintain consistent coordination between developers and testers, and so on.

Here we’ll list three of the key reasons why traceability should be a leading DevOps priority. All are based on the experiences of development teams and the challenges they’ve encountered.

Cutting Down on Defects

As we’ve already discussed, the pressures for faster software rollout and feedback can make it more likely for certain bugs to not be addressed as quickly or as effectively as might otherwise be the case. We’ve noted further that buggy apps can do a lot of damage to companies’ reputations by providing a shoddy and unreliable user experience.

This can have serious repercussions—after all, word travels fast, especially on social media. It’s therefore in your interests to take whatever steps you can to make sure your software runs as smoothly and reliably as possible.

Experience strongly suggests that the more rigorous your traceability processes are, the less prone to faults your apps will be. The completeness of your captured traceability information makes all the difference here.

So, for example, EMR software developers will get great value out of more complete traceability info, as it will contribute to reducing the likely defect rate. This correlation between detailed traceability and defect rate can help to produce more reliable apps and improve efficiency by cutting out avoidable errors and bugs. You should actively solicit feedback from users where appropriate, and integrate this into your wider customer support package.

In other industries, thorough traceability is often a requirement set by regulatory bodies. This can be so that, in the event of a product needing to be recalled, the entire supply chain can be re-examined and the cause of the problem discovered. For example, food and feed businesses operating in the EU have been subject to compulsory traceability requirements since the General Food Law came into force in 2002. Similarly in DevOps, developers have to take regulatory compliance into account.

Thus, robust and detailed traceability helps DevOps firms working across a variety of sectors in their efforts to comply. There are numerous industries where this is relevant, whether it be financial services (a well-known regulatory minefield), HR software, insurance or public sector contractors and healthcare firms, any of which may be subject to stringent traceability requirements.

Tracing code is a common prerequisite insisted upon as part of compliance frameworks. For example, you won’t be able to complete the SOC 2 process integrity requirement unless you’re able to provide a complete, evidenced account for each code alteration in your application’s source code.

We’ve already discussed how there’s a delicate balancing act that needs to be struck in DevOps. That’s the balance between software rollout speed and the reliability of its performance. We’ve also noted how the increasing autonomy of different sections can hamper coordination between them; thus providing some benefits in terms of speed and rollout but often at the cost of the reliability and quality of the end product. The key here, then, is to find a way of threading the needle, ensuring that apps can be produced at a consistently quick rate while maintaining rigorous standards.

This is where traceability comes in. It helps to not just enhance speed but also drive up standards. It allows developers to execute tasks more quickly while simultaneously improving the standard to which they do so.

This also has a positive effect on overall efficiency levels, freeing up resources (i.e. members of the team) to take on other tasks for which they might be needed. Engineers working on contact center software, for instance, can benefit from better-maintained code by reusing or altering existing code depending on their needs.

It’s worth noting again here that requirement-to-code traceability may be mandatory from a regulatory standpoint. It will depend on the industry in which you’re working. But even if it isn’t, it’s something that’s still worth doing. It can lead to dramatic improvements across the board, leaving as its legacy sharpened and more efficient processes that enhance your team performance, benefits clients and consumers, and—most importantly—deliver real gains for your bottom line.

Having taken all this into consideration, then, you’ll need to think about exactly how to implement DevOps traceability. Certainly, when introducing traceability processes, you must do so with real care and consideration. Being too rash about implementation can either create bottlenecks, thus exacerbating or even causing problems which traceability otherwise ought to help resolve, and slowing down the overall speed of production.

Make sure, then, that traceability is implemented in a way that takes the needs of developers seriously. To start with, draw up a guideline document offering developers a clear and concise explanation of what’s expected of them. Outline the traceability process and how it ties in with key objectives. Furthermore, give developers some autonomy in the choice of tools they use for traceability purposes. You might, for instance, make astute use of automation (such as automatic code checks, for example). This should help everyone reap the rewards of traceability and avoid any unnecessary implementation hiccups.

Now, more than ever, companies who rapidly react to changing market conditions and customer behavior will have a competitive edge.  Innovation-driven response is successful not only when a company has new ideas, but also when the software needed to implement them is delivered quickly. Companies who have weathered recent events ... Read More
« Puppet Introduces Public Beta of Relay for Cloud Native, Event-Driven Automation
How to Reduce Engineer Burnout During COVID-19 »