Being a developer in today’s technology landscape is tricky. While the proliferation of different cloud services makes it faster and simpler than ever to turn ideas into reality, this rapid development comes at a price. Developer responsibilities have grown to include not only product/feature development, but also other application-critical tasks such as configuring and managing a database deployment, in this case, MongoDB.

While this guide looks at MongoDB databases specifically, the broader (and proverbial) fork in the road for developers is this: Manage a production database deployment yourself or go the database-as-a-service (DBaaS) route. A DBaaS manages the database on a developer’s behalf, so the developer can focus more on feature and product development operations instead of database ops. However, sometimes this isn’t an option. If you’re embarking on a MongoDB journey and don’t use a DBaaS, consider this checklist to ensure you have the best practices down before getting started.

Host Your Application in the Same Data Center as Your Database

When you connect to your database from within the same data center/region, you communicate through your cloud hosting provider’s internal network. All major cloud hosting providers provide a good deal of network security infrastructure to isolate tenants. The hypervisors they use do not allow VMs to read network traffic addressed to other VMs; thus, no other tenant can “sniff” your traffic.

MongoDB Replica Sets synchronize data over multiple redundant servers and protect your application from downtime in the face of node failure. Should your primary node fail or become unreachable, your application will automatically fail over to a secondary node, ensuring the availability of your database.

Not all workloads have the same requirements, so there are multiple strategies for deploying a replica set. You can find a list of considerations in the MongoDB documentation here.

In addition to the production environment, you may be responsible for setting up environments for development and staging applications. Create a separate database deployment for each of your application environments, with each deployment running on its own VM or hardware to protect against resource contention (CPU, RAM, etc.) across your multiple environments.

MongoDB does not require authentication by default. Protect your database against unauthorized access by enabling database access control. Enabling access control also allows you to limit actions that particular users can perform on the database.

Use an Application Driver Maintained by the MongoDB team

MongoDB is a very popular database technology with a large community behind it. As a result, many third-party drivers have been created. However, third-party drivers may become abandoned or outdated over time. It’s critical to find a driver that is well-maintained and stays up to date with the latest MongoDB features.

Without question, the most common database performance issue is due to improper indexing (or a complete lack thereof). Proper indexing is critical because even one unindexed query is enough to prompt significant performance degradation.

If you’re unsure about indexing best practices, we’ve created a list of indexing tips for improving your MongoDB performance.

While replica sets can offer redundancy to protect against system failure, they will not protect you from accidents caused by human error such as dropping a collection or even your database. Backups are crucial for ensuring you do not lose valuable data.

Two common backup strategies are to take filesystem snapshots or to use the mongodump utility. Schedule frequent, recurring backups to keep your data safe!

About the Author / Chris Chang 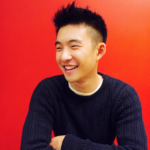 Chris Chang is a developer advocate at mLab. At mLab, Chris has provided database support to thousands of developers. Previously, Chris has held IT roles at VMware and NetApp. He is interested in developer tools, fitness, and house music. Chris holds a B.S. in Computer Science from the University of California, San Diego. Connect with him on LinkedIn and Twitter.

No matter where you are in your hybrid cloud journey, security is a big concern. Hybrid cloud security vulnerabilities typically take the form of loss of resource oversight and control, including unsanctioned public cloud use, lack of visibility into resources, inadequate change control, poor configuration management, and ineffective access controls ... Read More
« Mainframe Apps and the Long View of DevOps Strategy
Puppet Appoints Mark Iserloth as Chief Financial Officer »