We are seeing a wave of wearable products coming to market. According to IDC research 19.2 million shipments this year will build to a global market of 111.9 million units by 2018. The long predicted rise of wearables is upon us.

Fitness trackers were in the vanguard then came smartwatches. Pioneers like Pebble are now being joined by Google’s Android Wear platform, the Apple Watch, and Microsoft Band. New form factors are emerging, from the Moto Hint earpiece to Google Glass. It feels a lot like the early days of feature phones and MP3 players. But, the wearables industry is lacking some guiding principles.

To create a truly compelling experience, manufacturers and designers in the world of wearables need to consider the following:

Wearables should be an extension of you that gives you super powers. Like any good technology, they need to make life easier. Wearables should allow you to see better, hear better, think better, and optimize your performance. Wearable technology should be your personal force multiplier, a mentor, an assistant, and a confidant. And it needs to be smart enough to know when to switch roles.

When wearables and the digital world intersect the world becomes the interface, not a black piece of one inch, four inch, or 10 inch glass. We need to break away from the tyranny of the touchscreen. Consider the Apple Watch giving map directions using haptic feedback. You should be able to control things at a distance. We need new ways of interacting with the world by simply looking, saying, pointing and gesturing.

Devices that are present with us all day hearing and seeing what is going on, need to be smarter about how they join the conversation. They shouldn’t talk when you’re talking. They should only interject when they have something relevant to say or show you. They need to get to know you, to learn, and to customize their behavior for you. You don’t want a notification when you’re in the middle of an important conversation. Wearable technology must be able to act cool and be polite, just like a person.

Wearables need to improve the human condition, not make it worse. You must be able to maintain privacy and trust, especially for devices that witness your whole day.  We need technology that doesn’t enslave, but rather that enables us. The loveable, intelligent operating system from the movie Her, not the Big Brother state of George Orwell’s 1984.

Wearables shouldn’t focus on glanceability, they should focus on keeping us present. Anticipate things for us so we don’t have to drift out of the present to worry about the future. The power of now is that now is the only moment we have. Too often our technology takes us away from the here and now, making us less present and less human.

Technology that you wear all the time has to be incredibly comfortable. It has to fit right, or you won’t want to wear it. Most hearing aids are customized for the person wearing them. We’ll see more custom fitting of wearable technology in the future. The only technology that’s more personal than wearables will be embedded, but that’s another story.

If you can’t make your wearable technology invisible at least make it fashionable.  People don’t want to feel socially awkward. When Nielsen surveyed consumers 62% said they wish wearables came in forms besides wrist bands and watches, and 53% wanted wearable devices that look more like jewelry. Most of the time technology should not be seen or heard.

The perfect nexus of hardware and software remains elusive right now. The iPhone moment for wearables has not yet arrived, but if designers can keep these seven principles in mind it surely won’t be far away.

About the Author/ Guy Bieber 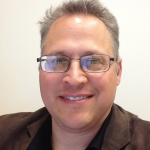 Guy Bieber is the Director of Strategy and Innovation for Citrix. He formerly worked as the Chief Architect for Warrior Systems at General Dynamics on the first deployed wearable computing platform for soldiers called the Land Warrior System. Citrix is a global leader in mobile workspaces, providing virtualization, mobility management, networking and cloud services.

No matter where you are in your hybrid cloud journey, security is a big concern. Hybrid cloud security vulnerabilities typically take the form of loss of resource oversight and control, including unsanctioned public cloud use, lack of visibility into resources, inadequate change control, poor configuration management, and ineffective access controls ... Read More
« DevOps Makes Security Assurance Affordable
Is ALM Dead in the World of DevOps? »