Of the one million mobile apps, only half are used more than 5 times

If you study any random cross-section of successful mobile apps and games you’ll find that they have one common factor. All of them are accessible. They have user interfaces that people can navigate intuitively without instruction. This is partly about building on expectations and established norms with Android, iOS, or whatever platform you are developing on. But there’s no substitute for thorough usability testing.

According to Localytics, 20% of apps are used once and never opened again. Only 50% of apps are used more than five times. The window for app developers to impress and hook the user slams shut quickly and it stays shut. First impressions are vital if you want to boost retention rates and stand out in a crowd of over a million apps.

It can be difficult and expensive to extract actionable data from usability tests. Here are a few practical tips for successful usability testing:

There’s a lot of work involved in usability testing, but there’s no better way to improve the accessibility of your app and create a favorable first impression with the end user. 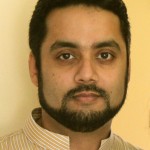 Mush Honda is QA Director at KMS Technology, a provider of IT services across the software development lifecycle with offices in Atlanta and Vietnam. He was previously a tester at Ernst & Young, Nexidia, Colibrium Partners and Connecture. KMS services include application management, testing, support, professional services and staff augmentation.

While building constructive culture, engaging workers individually and helping staff avoid burnout have always been organizationally demanding, they are intensified by the continuous, always-on notion of DevOps.  When we think of work burnout, we often think of grueling workloads and deadline pressures. But it also has to do with mismatched ... Read More
« Optimize app performance with the help of real-time monitoring and analytics
Five essential Ops strategies that help make DevOps the real deal »