Accurics, at the online KubeCon + CloudNativeCon 2020 conference today, launched an update to its open source Terrascan static code analyzer that adds support for Open Policy Agent (OPA) engine to make it easier for developers to create custom compliance policies in addition to leveraging more than 500 out-of-the-box policies based on the CIS Benchmark.

In addition, Terrascan is now available as a GitHub Action and is included in the popular Super-Linter GitHub Action. It can be installed as a pre-commit hook to help detect issues before code is pushed into a repository as part of a DevOps workflow.

Cesar Rodriguez, head of developer advocacy at Accurics, said the latest version of Terrascan has also been rewritten in the Go programming language to improve overall performance.

Terrascan analyzes the code created to manage infrastructure as code for vulnerabilities as well as indicators of drift. It then creates a threat model for cloud application workloads and, if necessary, will share data with third-party tools to automatically roll back cloud settings to their last known approved state. Once the model is constructed, Accurics monitors the application workload for changes that introduce risks and generates a topology for each workload in real-time to identify any potential indicators of drift. 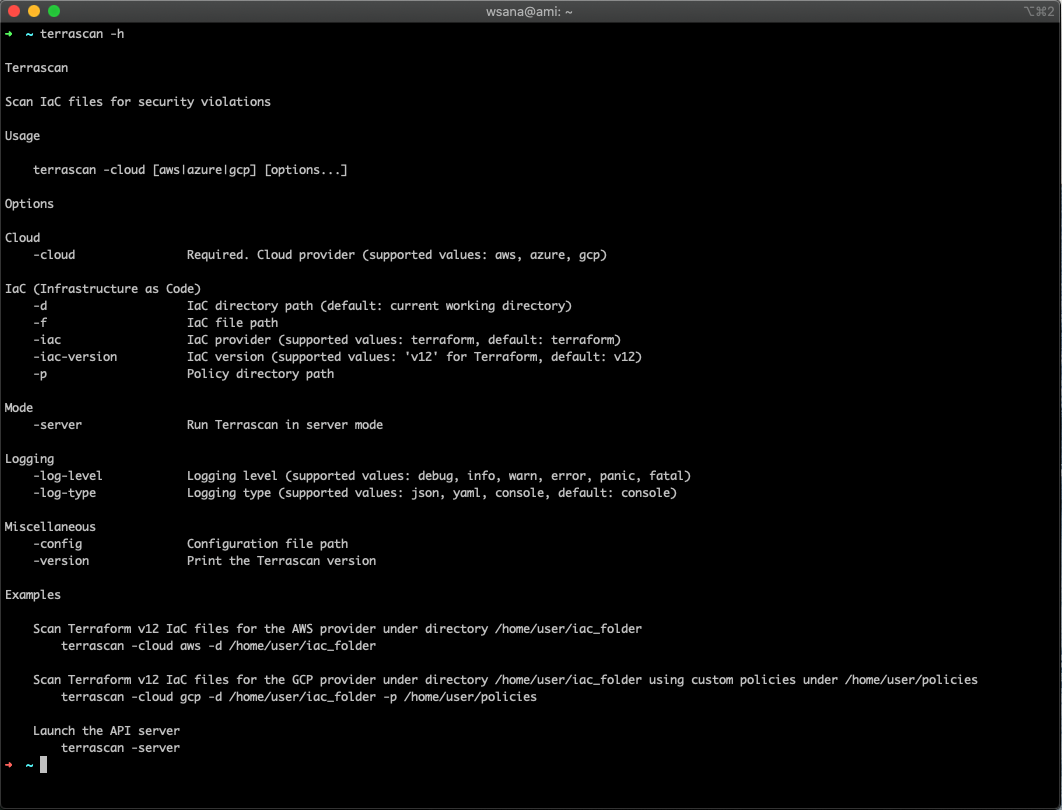 A recent report based on an analysis of cloud services published by Accurics finds misconfigured cloud storage services are commonplace in a stunning 93% of the cloud deployments analyzed, with most also having at least one network exposure in which a security group was left wide open.

The report also finds hardcoded private keys turned up in 72% of the deployments analyzed. Unprotected credentials stored in container configuration files were found in half of these deployments. A total of 41% of the organizations had high privileges associated with hardcoded keys. In 100% of deployments, an altered routing rule exposed a private subnet containing sensitive resources such as databases to the internet.

Overall, the report suggests that only 6% of cloud configuration issues are being addressed using manual remediation processes.

Ideally, developers should be implementing cybersecurity and compliance controls as they deploy applications in the cloud. The challenge is that while developers have ready access to tools to automate the configuration of those services, not many of them have tools to verify whether those services have been implemented properly.

IT organizations will still need to scan for vulnerabilities in runtime environments. However, tools such as Terrascan will enable IT teams to advance the adoption of best DevSecOps practices by providing developers with access to scanning tools that can be incorporated easily with a continuous integration (CI) workflow.

Of course, the biggest DevSecOps issue remains culture. However, most developers don’t intentionally want to deploy insecure cloud applications. If given access to the right tools, most developers will do the right thing as long as it feels like a natural extension of an existing workflow rather than an unnatural act that was defined by a cybersecurity team that has little to no idea how applications are actually constructed.

The entire CI/CD/ARA market has been in flux almost since its inception. No sooner did we find a solution to a given problem than a better idea came along. The level of change has been intensified by increasing use, which has driven changes to underlying tools. Changes in infrastructure, such ... Read More
« Instana Becomes First APM Provider To Automatically Detect the Root Cause Of Process Crashes
Agiloft Secures $45 Million Growth Equity Investment from FTV Capital »