Fresh off raising $5 million in funding, Accurics today launched a platform that analyzes the code employed to manage infrastructure as code for vulnerabilities as well as indicators of drift to create a threat model for cloud application workloads and then, if necessary, automatically roll back cloud settings to their last known approved state.

Once the model is constructed, Accurics then monitors the application workload for changes that introduce risks and generates a topology for each workload in real-time to identify any potential indicators of drift away from the initial deployment settings. If the drift is due to a legitimate change, the code can be updated. If it introduces risks, IT teams can roll their code back to the last known secure posture using a “time machine” capability that Accurics has baked into its platform, he said. 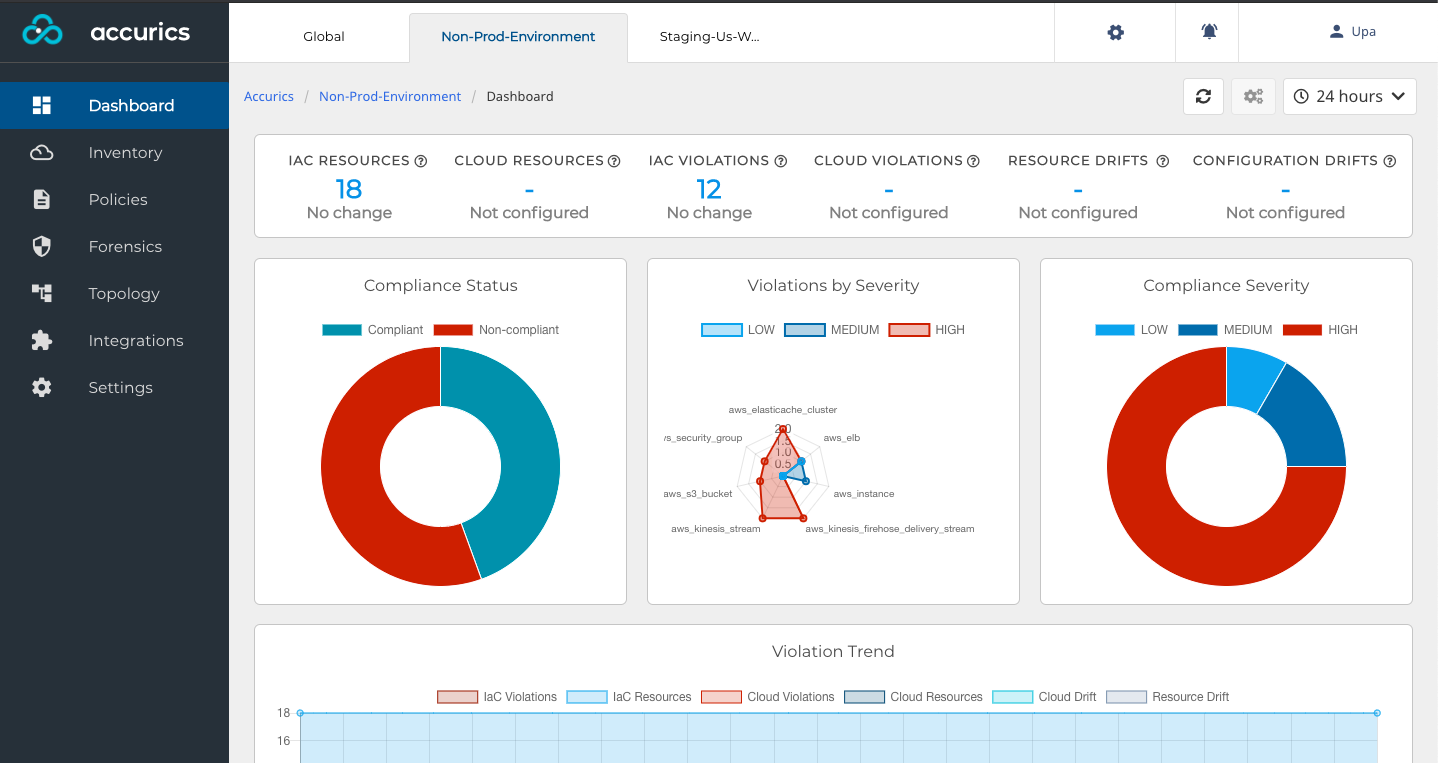 The Accurics platform takes a different approach to cybersecurity—rather than focusing solely on application programming interfaces (APIs) exposed by cloud infrastructure providers, it analyzes everything from the Terraform code used to programmatically install workloads to the container and serverless computing frameworks employed. In the future, Aggarwal said Accurics plans to add integrations with other infrastructure commonly employed in cloud environments, including Jenkins, Bitbucket and GitLab continuous integration/continuous delivery (CI/CD) platforms.

Aggarwal said Accurics advances DevSecOps by making it possible for organizations to continuously assess changes within their cloud application environments. Most of the issues involving cloud security today can be traced back to errors made while using tools to programmatically provision cloud infrastructure. The Accurics platform helps developers and cybersecurity teams to collaboratively discover those issues, he noted, adding the overarching goal is to enable both teams to reduce risks by eliminating the most common mistakes that are made in cloud computing environments.

As the relationship between DevOps and cybersecurity teams continues to evolve, it’s become apparent the first issue most organizations need to address when it comes to cloud security is visibility. Most IT teams are concerned about cloud security not because the platforms are less secure than on-premises infrastructure. In general, cloud infrastructure is more secure. However, because of a lack of visibility, it’s not as easy for cybersecurity teams to discover when misconfigurations create a known vulnerability. If that issue gets resolved, much of the resistance to cloud computing generated by security concerns will fade away.

While building constructive culture, engaging workers individually and helping staff avoid burnout have always been organizationally demanding, they are intensified by the continuous, always-on notion of DevOps.  When we think of work burnout, we often think of grueling workloads and deadline pressures. But it also has to do with mismatched ... Read More
« Chef Updates Tool for Managing IT Infrastructure as Code
Alluxio Launches Enhanced Hybrid Cloud Solution based on Intel Optane Persistent Memory »