Here I am at the Fontainebleau Miami Beach for Appian World 2018, where the theme is “Transform.” The event, which is the biggest one yet with 1,500 registered attendees, is all about low code, and in his keynote address, CEO Matt Calkins emphasized that low code app-building isn’t for unsophisticated, simple apps—we don’t need powerful tools such as Appian for those. Rather, low code is for sophisticated apps to set free the renaissance that will happen with easier app-building.

This is the first Appian World since the company went public last year, and the event has a public-company feel. I didn’t see a lot of people in jeans and t-shirts—most attendees were fairly well-dressed in business-casual, the mark of enterprises. 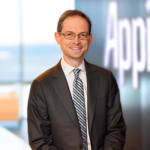 One of the touch points in Calkins’ keynote was reliance on open standards. Another was to make use of artificial intelligence (AI). I know AI and machine learning (ML) seem to be everywhere. It was interesting the company announced AI integrations with Amazon, Microsoft and Google, but no Apple or IBM Watson. I will ask Calkins about this when I interview him for DevOps TV later today.

Another mantra from the keynote was, “Host anywhere, run anywhere, data anywhere.” The idea here is a true hybrid reality where data can be on-prem or apps hosted on public cloud, on containers or not. In fact, Calkins was very bullish on containers (who isn’t?). Docker integration is already available and he hinted at announcements regarding Kubernetes as well.

Appian seems to have succeeded by becoming the low-code platform. With lots of integration and focus on making application development, management and deployment easier, the company has risen to the top of its market.