One of the primary reasons DevOps processes have not been widely adopted across the enterprise is that building pipelines across all the tools required is a painstaking effort. As a result, most pipelines today are constructed using manual pipelines. However, Atlassian has announced it is now making available pre-configured Bitbucket Pipelines that DevOps teams can access via a simple drag-and-drop interface.

Harpreet Singh, head of product for Bitbucket Cloud at Atlassian, said DevOps teams that rely on the Atlassian Bitbucket continuous integration/continuous deployment (CI/CD) platform will be able to employ a series of pre-configured Bitbucket Pipelines built by Atlassian or one of its third-party partners, rather than having to manually build every pipeline.

The goal is to make it much easier for DevOps teams to incorporate, for example, a new cloud platform into an existing set of DevOps processes without waiting for someone on the DevOps team to write, test and validate a script, said Singh. IT vendors that have worked with Atlassian to create Bitbucket Pipelines include Google Cloud, Microsoft, Slack and Amazon Web Services (AWS). 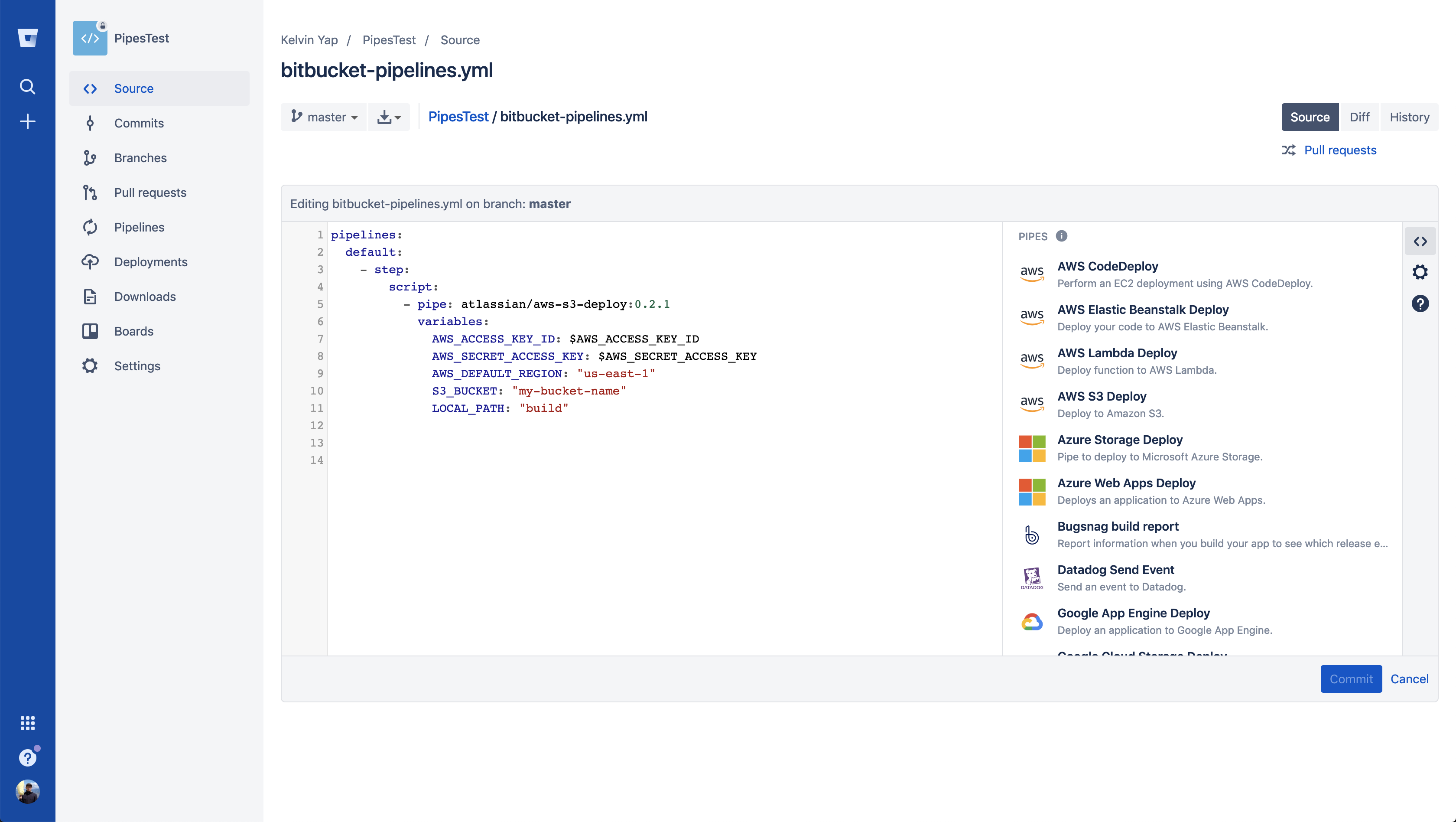 One of the ironies of DevOps is that while CI/CD platforms make it easier to build and deploy applications, constructing the CI/CD platform can be exceedingly complex. A recent survey conducted by Atlassian found DevOps teams rely on 4.3 tools to move code from development into production environments. A full 62 percent of respondents reported they resort to performing manual testing due to insufficient automated test coverage, additional manual processes or a lack of build/deployment pipeline automation.

Best of all, noted Singh, the pre-configured Bitbucket Pipelines that Atlassian makes available will be maintained and updated by their original authors.

It’s too early to say to what impact pre-configured pipelines is likely to have on DevOps adoption in the enterprise. But most enterprise IT organizations won’t significantly alter their process until it becomes relatively easy to make that transition. Enterprise IT organizations have relied on administrators to manage IT for decades, and most of those administrators wouldn’t know where to begin if asked to manually construct a pipeline. The few enterprise developers who might be able to build those pipelines are simply to busy writing application code. The result is a paralysis that prevents organizations from modernizing their application development and deployment processes.

Of course, any meaningful change in the enterprise also involves a chicken-and-egg debate. Lacking skills and tools, enterprise IT organizations are unable to overcome internal inertia, which in turn results in conservative IT organizations preferring to rely on known processes no matter how inefficient they might be. The real challenge facing IT leaders trying to advance DevOps adoption is to remove as many excuses for resisting change whenever and wherever possible, starting with how pipelines are constructed and maintained.

Now, more than ever, companies who rapidly react to changing market conditions and customer behavior will have a competitive edge.  Innovation-driven response is successful not only when a company has new ideas, but also when the software needed to implement them is delivered quickly. Companies who have weathered recent events ... Read More
« DevOps Chat: Repos and Nexus Firewall Access, with Sonatype
CenturyLink Announces New Threat Research and Operations Arm, Black Lotus Labs »