Atlassian today outlined its strategy to increase the appeal of the Bitbucket continuous integration/continuous delivery (CI/CD) cloud service among enterprise IT organizations. Atlassian said it plans to focus on four core pillars: Performance, management, extensibility and security and compliance, starting with an update scheduled for the third quarter.

Dan Tao, head of engineering for Bitbucket Cloud and Compass at Atlassian, said the overall goal is to make it simpler to use the Bitbucket Cloud service running on the Amazon Web Services (AWS) cloud at scale as organizations increase the rate at which they build and deploy software.

Atlassian is still supporting the Bitbucket Server and Data Center editions of the platform, but it’s apparent more organizations are shifting software development to the cloud, he noted. Atlassian is now moving to not only simplify migrations to the cloud by, for example, providing a Bitbucket Cloud Migration Assistant tool, but it is also moving to ensure applications can be developed at scale.

Achieving that goal includes making use of a more advanced diff algorithm that is four times faster in larger DevOps environments, he added.

Overall, Atlassian sees the migration to the cloud as a means to not only make DevOps workflows more accessible to a wider range of organizations, but also give organizations that have already invested in DevOps the opportunity to streamline those processes, said Tao. 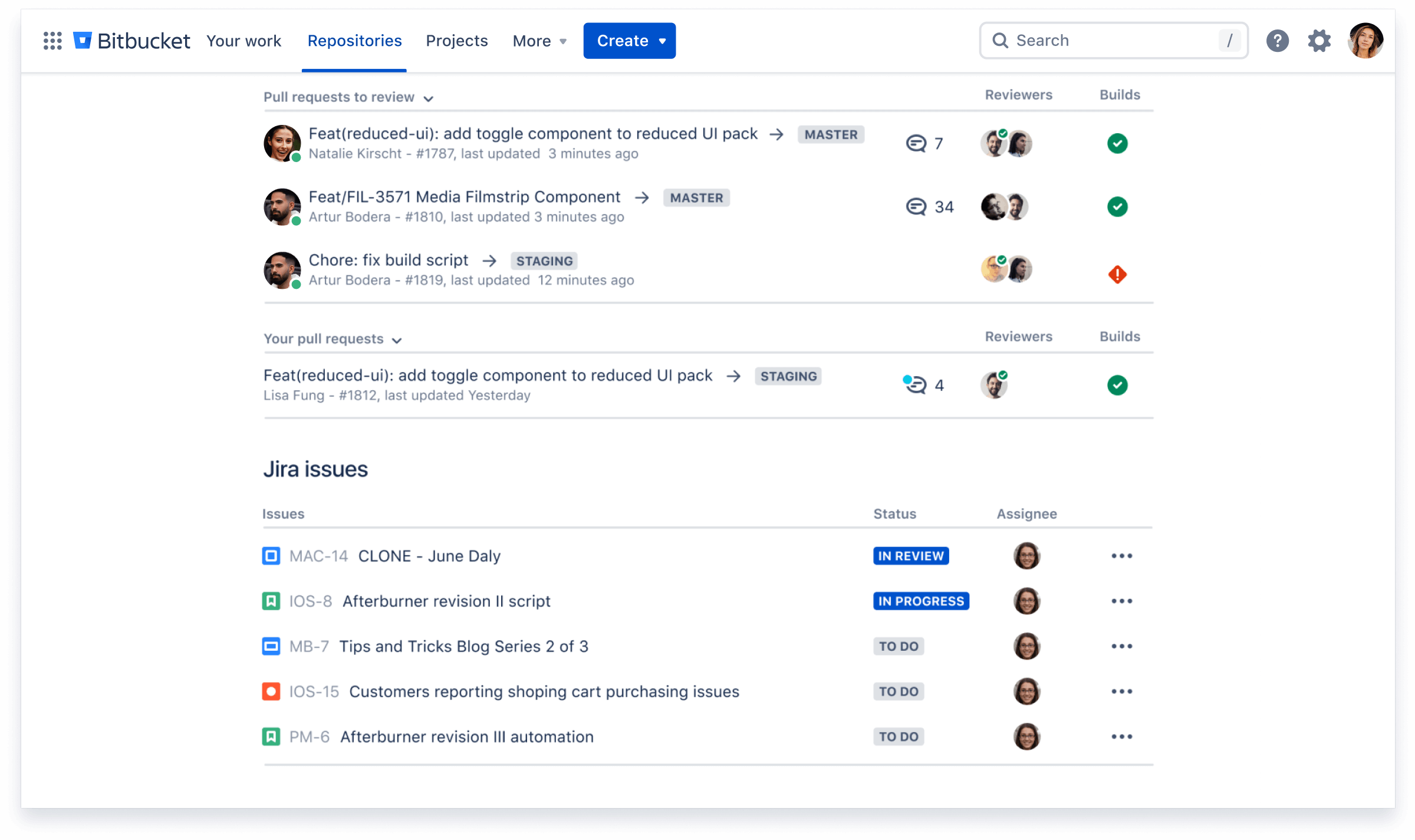 Many DevOps teams today maintain complex platforms with custom integrations that they need to maintain and support. Atlassian provides DevOps teams the option to either employ an integrated platform or use connectors it has created as part of the Atlassian Open DevOps framework to make it simpler for teams to use whatever mix of tools they prefer, he added. In either case, the total cost of maintaining a DevOps environment can be significantly reduced, said Tao.

It’s not clear to what degree organizations that have already invested in DevOps are considering replacing their existing CI/CD platforms. However, as the pressure to accelerate the rate at which software is built and deployed steadily increases, the pressure to further automate DevOps workflows also builds. At the same time, DevOps teams are now being asked to integrate security gateways that require additional custom integrations within legacy platforms that they would need to support alongside existing integrations.

At the very least, more organizations than ever are weighing their DevOps options. The issue, of course, is that the total cost of switching out DevOps platforms is not inconsequential given the current dependency on existing workflows.

The entire CI/CD/ARA market has been in flux almost since its inception. No sooner did we find a solution to a given problem than a better idea came along. The level of change has been intensified by increasing use, which has driven changes to underlying tools. Changes in infrastructure, such ... Read More
« What SASE Means for DevOps Teams
3 New WFH and Hybrid Work Trends That YOU Need to Grok »