Amazon’s introduction of its AWS services in 2006 with a per-hour billing model for compute resources was a game-changer for the IT world. Since then, AWS has taken over the cloud computing market as a leader, while broadening the range of cloud services offered every year. However, the per-hour billing business model was one of the major issues for many customers—in particular, those who had applications using EC2 for only minutes at a time.

Recently, AWS announced support for per-second billing of its EC2 service, addressing the aforementioned concerns. Of course, this also created controversy among the per-hour supporters. While I won’t get into the pros and cons across the whole enterprise, one group in particular is affected from the new per-second model: DevOps engineers.

Here are the top five implications for DevOps teams as a result of per-second billing:

Autoscale without worrying about cost

Most engineers were vary of autoscaling at will, mostly because of EC2’s hourly charges even though they might need additional compute capacity for just 15 minutes. With per-second billing, DevOps engineers don’t have to worry—it’s as simple as scaling your EC2 instance as you need to, and when you need to.

Many customers use EC2 for jobs and batch processing purposes. Due to the hourly pricing, engineers have written custom logic to benchmark and constantly tune the number of nodes in their batch clusters to ensure they are cost-optimized. Per-second billing frees up headaches for DevOps engineers that are using EC2 for batch processing and job clusters.

The need to speed up EC2 launches

With per-second billing, it’s important to take advantage of prebaked Amazon Machine Images (AMI) for launching your EC2 instances, instead of complete configuration setup on every instance launch. This will reduce the costs for you, by saving anywhere from five to 15 minutes. It’s time to create prebaked AMIs for faster instance launches, ultimately saving costs.

Dilemma of Lambda or EC2

Be prepared to compare whether to use Lambda or EC2 for new workloads and applications more often than you are used to. Your benchmarking between Lambda and EC2 has become a little more dicey. The serverless lambda just got competition from EC2 again.

Your big data just got easier

With EMR also supporting per-second billing, your job has become a lot easier. As a , you no longer need to constantly benchmark your EMR clusters for number of nodes and job processing times to be optimized for per-hour billing.

DevOps engineers have a lot to benefit from per-hour billing, but also much to consider when it comes to time-to-deployment and choosing a compute service. Now is the the time for DevOps engineers engineers to bring these concerns to their CIOs to make a smooth transition to the new AWS business model.

About the Author / Vijay Rayapati 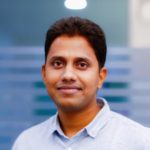 Vijay Rayapati, CEO of cloud management platform company Botmetric, identifies himself as a technology entrepreneur, passionate about creating products, building high-performance teams, and solutions that solve real-world business issues. Vijay is a popular speaker in India and the US, and has co-authored a popular book, “Learning Big Data.” Connect with him on LinkedIn and Twitter.

“The Automated Enterprise” e-book shows the important role IT automation plays in business today. Optimize resources and speed development with Red Hat® management solutions, powered by Red Hat Ansible® Automation. IT automation helps your business better serve your customers, so you can be successful as you: Optimize resources by automating ... Read More
« The Nature of Commercial Relationships
CA Technologies Acquires Runscope for API Monitoring »