Business needs and IoT demands are taking new dimensions in connecting millions of devices, people, process, tools and systems. With endless possibilities of creating new IoT solutions, DevOps teams are the key players who handle the challenges in successfully rolling out a IoT solution while handling the business, development, operations and infrastructure demands in the background. This article focuses on some of the DevOps best practices to adopt during IoT development, enabling faster time to market.

About the Author / Lavanya Subbarayalu 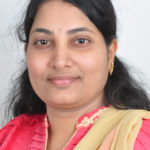 Lavanya Subbarayalu is Senior Architect working with Technology Office in HCL Technologies. She has expertise in IOT, Azure, DevOps consulting & Microsoft technologies. She is associated with DevOps COE, working on design and Development of DevOps solutions and consulting tools. Connect with her on LinkedIn.

« Capital Formation
DevOps in the Age of Digital Transformation »