At its ChefConf 2019 conference today, Chef extended its core platform in ways that collectively serve to automate further the management of applications and the IT infrastructure they are deployed on.

Extensions to the Chef Enterprise Automation (EAS) Stack include the addition of Application Operations Dashboards, Migration Accelerators for moving applications to the cloud and tighter integration between the Chef Infra and Chef InSpec modules within the Chef Habitat management framework.

Brian Goldfarb, chief marketing officer for Chef, said these latest additions to Chef Enterprise Automation Stack are part of an ongoing Chef initiative to make it easier to seamlessly unify the management of infrastructure and applications in keeping with best DevOps practices, which Chef refers to as the “Coded Enterprise.” 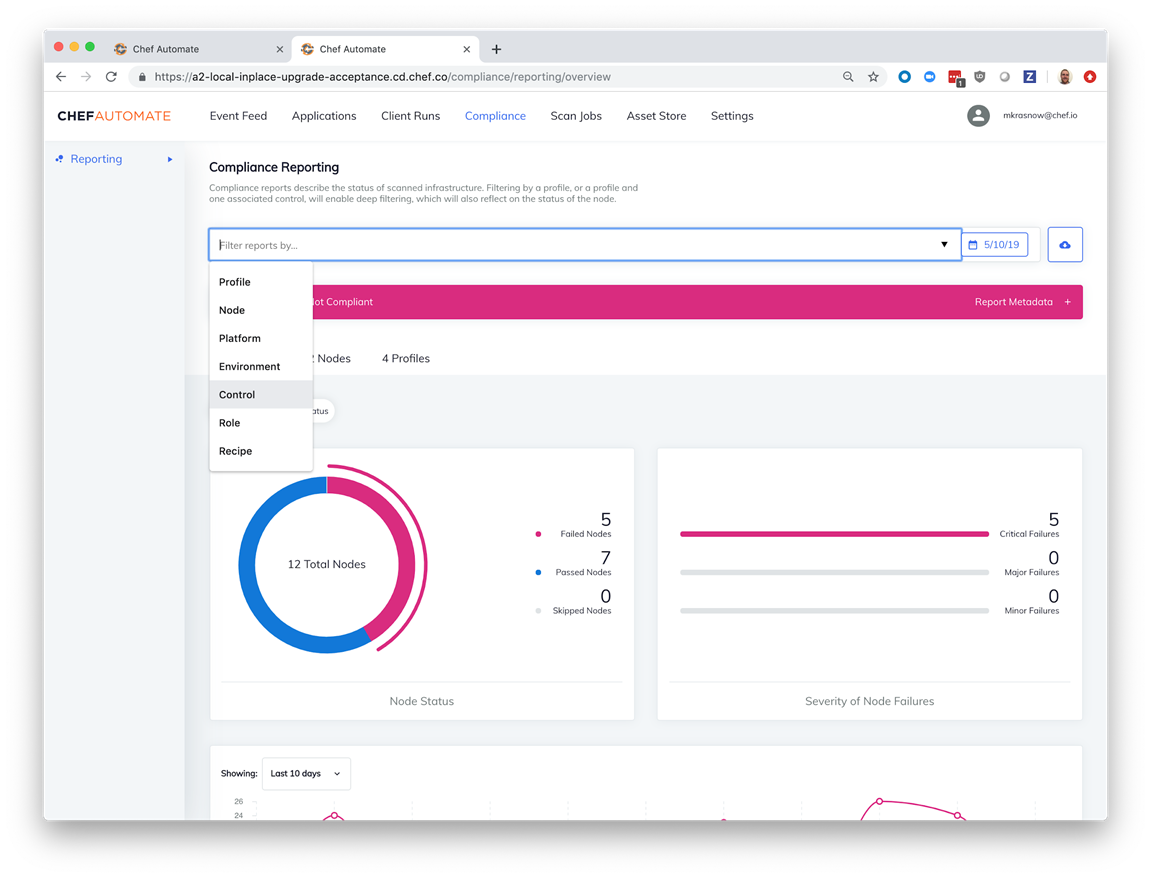 As part of that effort, Chef Application Operations Dashboards provide visibility into both applications and infrastructure to simplify troubleshooting and compliance, said Goldfarb. For example, IT teams will be able to see how individual security and compliance controls are performing across a heterogeneous computing environment that now includes Microsoft Azure and Google Cloud Platform (GCP) alongside Amazon Web Services (AWS), he said.

At the same time, Chef is trying to make it easier to lift and shift applications to the cloud. EAS Migration Accelerators automate an application migration process that today requires most organizations to spend considerable time and effort to accomplish manually, said Goldfarb.

An EAS Migration Accelerator for Windows, for example, will scan existing .NET applications running on IIS to discover configuration and dependency details and then package that information as code. That approach significantly reduces the time required to build application packages in Chef Habitat.

Within Chef Habitat, the integration between Chef Infra, for automating infrastructure configuration, and Chef InSpec, a tool for automation compliance, is now more unified via pre-configured compliance profiles and cookbooks that make it easier to customize and modify which security and compliance controls are tested and enforced.

Finally, Chef has also added support for high availability to the EAS platform to make sure the environment is always accessible.

Goldfarb said the goal is to continue to make automation more accessible to IT generalists versus requiring them to hire and train dedicated specialists. One of the primary reasons that DevOps practices have been adopted so unevenly within IT organizations is the bar to master them has been set too high. By making it easier to automate the management of both infrastructure and applications, Chef is moving to lower that bar and make it easier to manage IT by unifying the management of applications and infrastructure, said Goldfarb.

It’s too early to say to what degree IT automation will advance the adoption of DevOps. What is apparent is that IT environments are becoming too complex for mere mortal IT administrators to manage manually. IT organizations are also expected to be able to respond faster to any issues that arise, which requires IT teams to have a unified view of applications and the infrastructure o which they are deployed. In fact, as IT organizations continue down that IT automation path, many of them one day may discover they have embraced DevOps without even realizing it.

Open source components have become an integral part of today’s software applications — it’s impossible to keep up with the hectic pace of release cycles without them. As open source usage continues to grow, so does the number of eyes focused on open source security research, resulting in a record-breaking ... Read More
« Jama Connect Risk Management Center Expands to all Industries and Platforms
Game of Code »