CloudBees has extended the integrations embedded within its software delivery management (SDM) platform to add support for additional services provided by Google.

Moritz Plassnig, senior vice president cloud and general manager for SDM at CloudBees, said these integrations with Google Cloud Build and Tekton pipelines are being provided as part of a long-standing alliance between the two companies to advance the adoption of best DevOps practices. The CloudBees SDM service runs on the Google Cloud Platform (GCP).

As part of that effort, CloudBees has been making investments in an SDM platform that enables DevOps teams to pull metrics from any tool or platform. That data is then fed into an analytics cloud service through which CloudBees surfaces insights that identify, for example, how delays to a project might impact overall revenue goals. 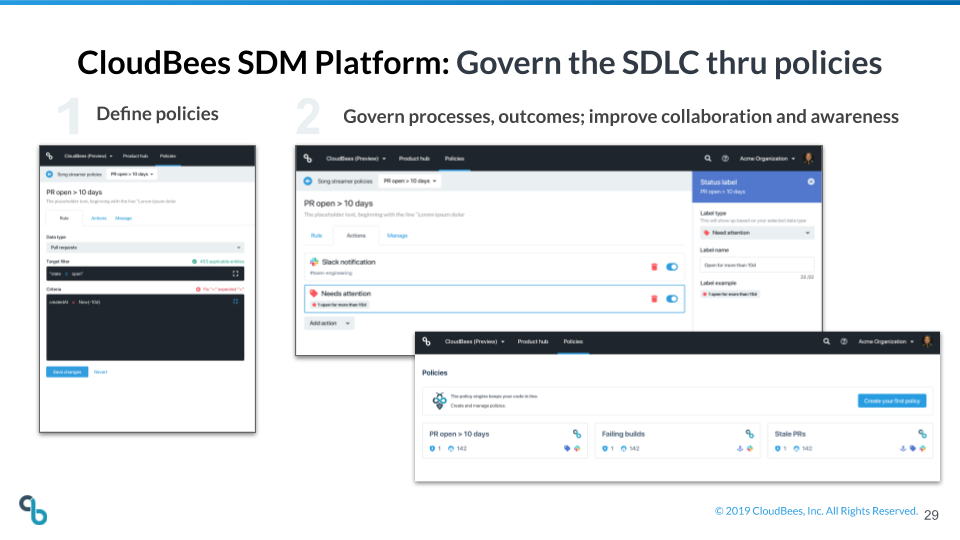 Interest in software delivery analytics has risen in the wake of the COVID-19 pandemic as organizations accelerate the building and deploying of digital business applications, said Plassnig. With employees and customers alike working from home to combat the pandemic, organizations are investing more in creating applications that provide digital alternatives to engaging end users, he noted, adding delays to any of those projects are likely to have a much bigger impact on business continuity strategies today than they did just a few short months ago.

The CloudBees SDM service provides DevOps teams and business managers alike a real-time view of all product and feature development occurring across the organization, as well as a policy engine to trigger actions to better optimize the software delivery process. Organizations can also model and visualize the software delivery process while measuring overall DevOps performance.

Rather than requiring organizations to standardize on a single platform to achieve that goal, Plassnig said CloudBees is leveraging application programming interfaces (APIs) to integrate metrics across a broad range of DevOps tools. That approach, he said, makes it possible to meet organizations wherever they are in terms of DevOps maturity.

As more CI/CD platforms embrace Tekton, the platforms themselves will become less of a black box from an analytics perspective, noted Plassnig.

In the meantime, CloudBees also expects Google to continue to gain momentum as a cloud service provider, he said. While Google trails Amazon Web Services (AWS) and Microsoft in terms of overall market share by a wide margin, Plassnig noted that with the arrival of Anthos, a cloud operating system capable of being deployed on multiple cloud and on-premises IT environments, it’s only a matter of time before services such as Google Cloud Build are employed more widely.

Whatever the platform used, the one thing for certain is the rate at which software is being generated and deployed on various platforms will be watched much more closely.

Now, more than ever, companies who rapidly react to changing market conditions and customer behavior will have a competitive edge.  Innovation-driven response is successful not only when a company has new ideas, but also when the software needed to implement them is delivered quickly. Companies who have weathered recent events ... Read More
« DataOps and DevOps: A Match Made in Heaven
GitLab Releases Massive Update to CI/CD Platform »