The Cloud Native Computing Foundation (CNCF) announced this week that the Open Policy Agent (OPA) project, which many IT teams are employing to manage compliance as code, has officially graduated.

Torin Sandall, co-founder of the OPA project and vice president of open source at Styra, whose compliance management platform is based on OPA, said formal recognition of OPA alongside other CNCF projects, such as Kubernetes, should help further adoption of the open source project that first took shape in 2016.

Now being advanced under the auspices of the CNCF, the open source agent created by the OPA project is increasingly being incorporated into a wider range of compliance and security platforms. At the same time, more developers are starting to manage compliance as code across a wider range of applications. The ultimate goal is to make it easier to meet compliance requirements using a declarative framework so that responsibility for implementing compliance policies shifts further left toward developers.

OPA uses a general purpose engine for enforcing policies that uses a set of rules that developers embed within applications using the Rego language. OPA has gained traction among cloud native application developers because it provides a means to enforce policies across a wide range of microservices. 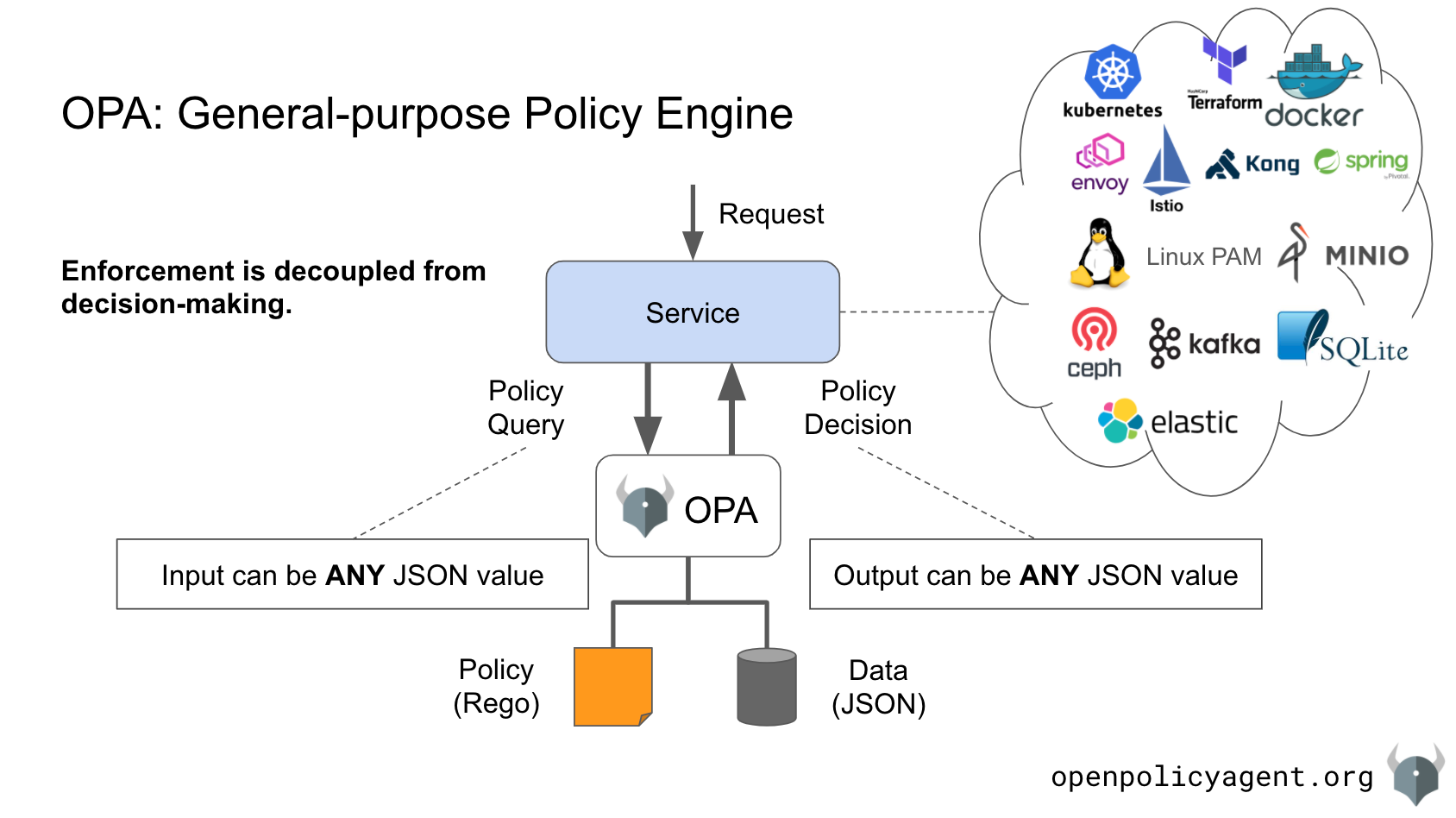 Sandall said going forward, the primary focus of the OPA project should be to develop and share as many integrations as possible. There are many instances where a use case for OPA has been created, but development teams simply don’t know that use case exists. As a result, many IT teams are attempting to employ compliance as code to address an issue that others have already solved, Sandall said.

During its time as an incubation project managed by the CNCF, the security special interest group (SIG) within the CNCF conducted two external OPA security audits. The OPA project has also defined a security vulnerability disclosure process and a security response team.

It’s not clear whether chief compliance officers within enterprise IT organizations have developed an appreciation for OPA. In theory, many compliance issues could be avoided if organizations mandated using OPA – or another approach to managing compliance as code – within their applications. Those compliance issues, of course, are multiplying as the number of compliance mandates expand globally. The challenge is that most compliance teams don’t have much visibility into the application development process.

In the meantime, as DevSecOps processes continue to mature, it seems almost inevitable they would expand to include compliance mandates, most of which only exist to ensure some base level of security is present. Of course, developers may not want to be responsible for compliance mandates. However, the sooner compliance issues are addressed in the development process, the less likely they are to become DevOps’ problem when deployed in a production environment.

No matter where you are in your hybrid cloud journey, security is a big concern. Hybrid cloud security vulnerabilities typically take the form of loss of resource oversight and control, including unsanctioned public cloud use, lack of visibility into resources, inadequate change control, poor configuration management, and ineffective access controls ... Read More
« Women In Tech And Epam Partner To Advance Women In The Future Of Work
Modernize Without Disruption »