Every technology gets surrounded by hype during its maturation, and DevOps is certainly not immune to that phenomenon. If you’ve spent more than five minutes looking into it, you know that, because the current discussion sounds something like this: 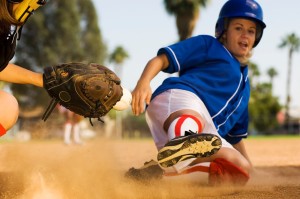 “What? That hitting the ball and making first, second, third base? That’s supporting stuff, doesn’t really matter, master running from third to home, that’s how you score runs, and runs win games! Oh sure, some hotshot can hit a home run, but then the team relies on the guy who can get home runs, so forget about it, just focus on running third to home!”

Yes, the vast bulk of punditry sound like this right now, and yes, it is as damaging to your DevOps efforts as this coach would be to a baseball team.

So when you read pundits at the moment, pay more attention to what they minimize than what they consider the end game. The benefits of putting scripts and configurations into version control, building automated testing, taking the time to write automation scripts you’ve been thinking about off and on for years (and putting those into VC also), all of these things are not only necessary prerequisites to the nirvana some foresee if only you do DevOps “right”, but they also hold benefits all their own. Harness your hotshots to automate what’s hard, and make that automation adaptable enough that it can change with the times. The “right” way to do it is methodically. Indeed, I would add the Etsy slogan “measure everything”. You can’t tell how DevOps is impacting the org if you’re not measuring things.

And doing it methodically is actually pretty easy. Pick a team or (my preference) a project, and tell them to do it. Set standards for keeping each change to configs in version control, demand that they automate as much as possible, but leave points in the process for human checking, require that automated tests are complete and run successfully before the code is considered complete (and set a standard for maintaining tests in the future, since that’s where most orgs have issues). Involve security deeply, because a failed drive, or a server dropped from a bad config can be recovered quickly, a security breech not so much. Then take what you learn, and apply what works well for your org again, perhaps to a larger team or project.

The whole point of DevOps is to improve IT’s responsiveness to changing business needs, increase operational capacity, and reduce human error. It’s not to achieve some goal set by people outside of your org, it’s to do it within the confines of your org.

So go hit some home runs, run the heck out of the first three bases, make IT more efficient and effective. Worry about things like “IT Transformation” when they come up and make sense, not when you’re just learning the rules of the game.

The entire CI/CD/ARA market has been in flux almost since its inception. No sooner did we find a solution to a given problem than a better idea came along. The level of change has been intensified by increasing use, which has driven changes to underlying tools. Changes in infrastructure, such ... Read More
« The Delivery Pipeline is your DevOps Signature
You can’t automate relationships »