We can look back over the last few years and easily pick out the organizations that picked up DevOps and ran with it, forwarding the science of DevOps while benefitting the most from it. They were the large-scale, high frequency-of-change organizations. One place I worked readily called them the webmonsters, and that is not too far off the mark. Think of those that left a mark on DevOps: Google, Amazon, Netflix, Facebook. High rate of change in a high-volume environment. The key is high volume—they had hundreds or thousands of servers to manage and a shifting ground on which to manage it. So they adapted, picking up DevOps and applying it with passion.

While DevOps adoption has certainly grown and offered benefits beyond these high-volume environments, their need for DevOps is still relevant. Where else are their a huge number of deployed servers that might need to be managed? The internet of things. A successful IoT product will have thousands to millions of installed devices, and those devices will be communicating back with centralized or cloud systems. Those devices no doubt also will have an update mechanism, which implies a shifting need for updates. 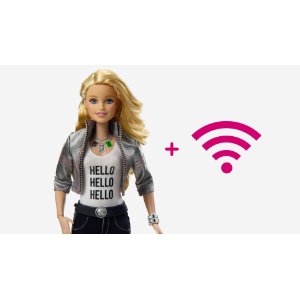 Inigo Montoya said that in “The Princess Bride,” and he didn’t even realize he was talking about IoT and DevOps. Of course, a successful IoT rollout is not hiring staff to manage each and every device deployed by a customer, any more than Apple or Cisco Systems hires staff to manage devices owned by their customers. But the ability to manage all of these devices must exist, and that’s why IoT and DevOps are destined to become inseparable. IoT vendors will need all that automation to stay on top of those devices. And it would be foolhardy for developers to believe they didn’t need to stay on top of devices. If a serious vulnerability is exposed in an IoT device (think wireless Barbie vulnerabilities from 2015), it will have to be patched, or legal responsibility will no doubt follow.

Expect More to Come in IoT

As IoT heats up, and things such as IoT botnets become more worrisome, expect that DevOps for IoT will become more of the norm. As long as we require these devices to report in (and that’s kind of the point) and we have access to perform updates, it will require systems to know when/how/what version the updates should be. While many existing DevOps tools will work, expect more development in the IoT-specific space in the near future. And with luck, some of those developments will be applicable to the broader DevOps audience.

Some companies, such as Mocana and Tempered Networks, are already working on the security issues, but that’s not all there is to work on. Inevitably, those devices—in a year or five—will need to be updated. When IoT includes things such as cars and refrigerators, “upgrade your device” isn’t an option, so onsite upgrades will have to be, which will mean some form of DevOps to deploy new images. Of course, eventually the hardware will be outdated, but that’s beyond the point of this blog—although something that IoT devs need to be considering also, particularly in long-lasting deployment scenarios.

Now, more than ever, companies who rapidly react to changing market conditions and customer behavior will have a competitive edge.  Innovation-driven response is successful not only when a company has new ideas, but also when the software needed to implement them is delivered quickly. Companies who have weathered recent events ... Read More
« DevSecOps @RSAC, My 2 Favorite Presentations
6 Big, Bad Mistakes in Configuration Management, Part 2 »