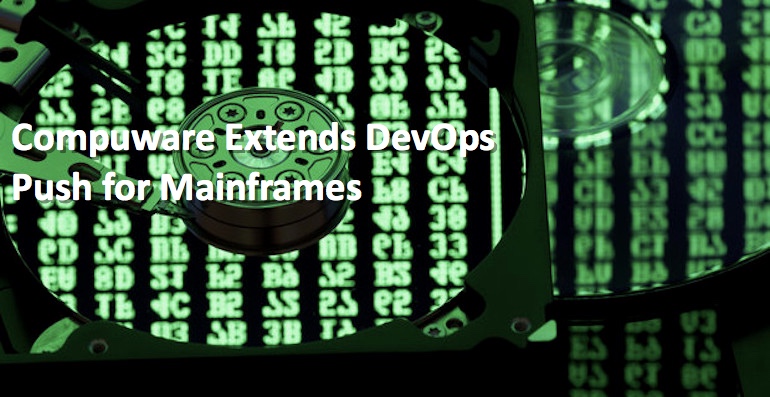 Compuware has advanced its campaign to erase the DevOps divide between mainframes and distributed systems via an update to Topaz for Enterprise Data that makes it easier to generate data from mainframe applications for testing purposes without compromising the security of some of the most sensitive data in the enterprise.

O’Malley noted that, at a time when compliance regulations such as the European Union’s General Data Protection Rule (GDPR) are becoming more stringent, it has become more important for organizations to be able to demonstrate that personally identifiable information (PII) has not been exposed during any point in the application development cycle. That’s especially important when it comes to mainframe data, which typically is used to drive transaction processing applications.

In general, O’Malley said the historic divide between mainframes and distributed systems is narrowing as organizations embrace DevOps processes. Instead of proponents of these platforms battling within organizations for control over specific classes of workloads, there’s more awareness of the need to leverage both platforms to drive a new generation of digital business applications, O’Malley said.

The challenge is that most mainframe applications are built and updated using waterfall methodologies. Compuware has been developing a series of DevOps tools for mainframe environments that are intended to modernize those processes. As the IT organizations that have mainframes adopt those tools, it becomes easier to federate application development and deployment across mainframes and distributed systems, O’Malley said.

Of course, this all assumes various teams within the IT organization can lay aside historic animosities. The shift to DevOps has always required as much process and cultural change as it does new technologies. But in the case of IT organizations that have mainframe teams, that shift may take years. The good news is a that a new generation of IT professionals doesn’t have much history with infighting within internal IT organizations. The simple fact is there are classes of workloads that run better on mainframes, O’Malley noted, but that doesn’t mean every workload running on mainframe is ideally suited for that platform—or conversely, that every workload running on a distributed system is ideally suited for that platform.

Arguably, the rise of DevOps processes might create an opportunity to revisit many platform decisions that were made in the heat of a larger argument. In the meantime, it’s clear that applications integration spanning multiple platforms is the new order of the day. The question now is how best to go about achieving that goal in a way that erases the divide existing between all the platforms that now make up the extended enterprise.

Now, more than ever, companies who rapidly react to changing market conditions and customer behavior will have a competitive edge.  Innovation-driven response is successful not only when a company has new ideas, but also when the software needed to implement them is delivered quickly. Companies who have weathered recent events ... Read More
« Portability Shmortability: Most Applications are Going Nowhere
NS1 Accelerates Enterprise Digital Transformation and IT Automation With New Private DNS »