The CNCF will make wasmCloud available as a sandbox project and will invite other organizations to start making contributions as part of an effort to eventually put wasmCloud on par with other projects such as Kubernetes. There are already nearly 80 contributors to a wasmCloud runtime that was launched last November. 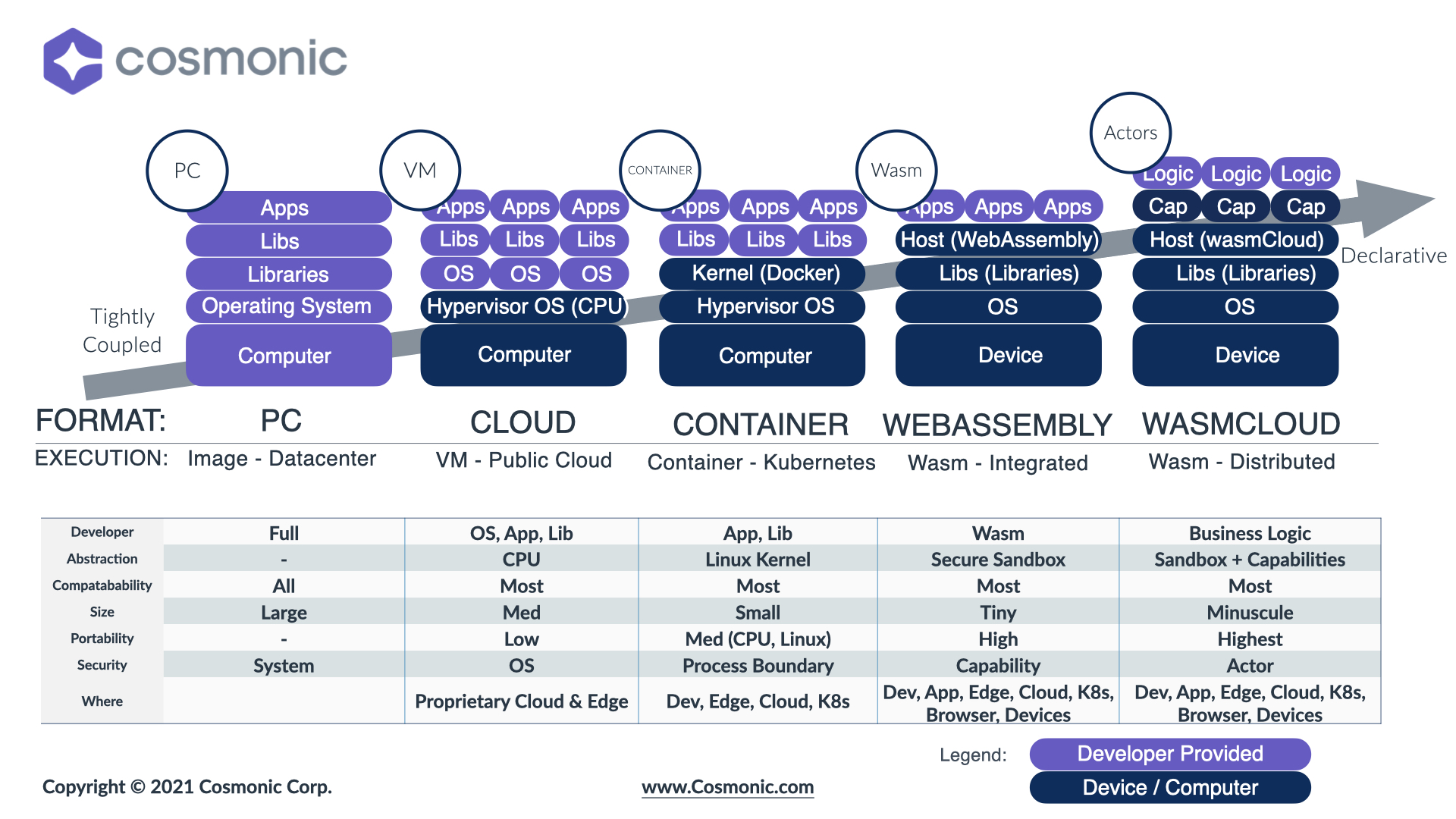 The CNCF is trying to advance other WebAssembly technologies including Krustlet, a tool for Kubernetes environments that listens for event streams from new pods so that the scheduler can then assign workloads.

However, the CNCF is now not the only organization looking to promote adoption of WebAssembly technologies. The Bytecode Alliance has launched WebAssembly (Wasm) and WebAssembly System Interface (WASI) initiatives as part of an effort to promote standards that would make it easier to run Wasm applications anywhere. Originally founded by Fastly, Intel, Mozilla and Microsoft, the Bytecode Alliance now also includes Arm, DFINITY Foundation, Embark Studios, Google, Shopify and University of California at San Diego.

At its core, Wasm is a portable binary instruction format for building software that describes a memory-safe, sandboxed execution environment. That approach might one day replace the current predominant method for building software that relies on the aggregation of software components that tend to lack distinct security boundaries between them. As a result, it becomes relatively simple for malware to infect all the components of an application.

Liam Randall, CEO of Cosmonic, said even though Wasm, in effect, provides another type of virtualization for applications, IT teams should not view it as a set of technologies that will one day obviate the need for containers. Applications developed using Wasm will be layered on top of various container platforms, he said.

There is, for example, already a Wasm project that creates a server-side Wasm runtime that enables applications to be deployed on a secure container architecture that is more efficient than Docker containers.

The World Wide Web Consortium (W3C) drove the development of Wasm as part of an effort to create a common format for browsers executing JavaScript code. Wasm is now being extended beyond browsers and JavaScript to enable developers to ultimately create a set of universal binaries that could work on any platform without modification.

It may be a while before the fruits of those labors are realized. However, it’s apparent the walls that have separated one IT platform from another are starting to crumble. Once applications become much more portable, the reasons why one organization may choose one platform over another will have a lot less to do with what developers prefer.

The entire CI/CD/ARA market has been in flux almost since its inception. No sooner did we find a solution to a given problem than a better idea came along. The level of change has been intensified by increasing use, which has driven changes to underlying tools. Changes in infrastructure, such ... Read More
« So Many Options, So Little Time
CloudBolt Survey Shows DevOps Frustration in the Enterprise »