Home » Blogs » What the Current DDoS Landscape Means for DevOps

Businesses, governments, hospitals, schools, charities and even individuals—they’re all the same to a DDoS perpetrator. If you have a website, it’s likely to be targeted by a distributed denial of service (DDoS) attack at some point.

DDoS has the potential to shut down your site for days and create havoc with an organization. They can be expensive and—most worrisome—can taint your reputation and discourage users and customers from ever returning if your site is unavailable on any given occasion.

Perpetrators have been known to exploit network packets and all types of vulnerabilities, including writing custom code dedicated to knock down a specific application or service, to overburden systems or stop them outright.

There are plenty of threat actors ready to launch a DDoS barrage. Some of them include:

But DDoS events don’t just disrupt service. According to “Cloud Security Alliance Guide to Cloud Computing,” hackers are also using them to steal information and infect computers for a variety of nefarious purposes.

In addition, DDoS assaults are growing rapidly in both number and volume. International Business Times states they’ve become more commonplace because readily available tools and cheap online services let anyone aim an attack against a company or individual server.

DDoS attacks can be divided into three types, with numerous (and unique) variations within each.

Volume-based attacks saturate the bandwidth of a site. Imperva Incapsula, a cloud-based security and acceleration provider, faced the largest such attack on its record in 2Q 2016, peaking at 470 Gbps. Like many other complex, high-rate assaults, attackers used small payloads to achieve a high packet forwarding rate—a dangerous new tactic that has become common.

The main purpose of such attacks is to take down mitigation services by sending out a rapid burst of packets at a rate many anti-DDoS appliances can’t handle.

Protocol attacks (aimed at the OSI layer 4) consume server resources such as firewalls and load balancers. Network layer attacks have grown in size, number and sophistication. Those using multiple vectors have climbed to a record-high 36.1 percent, reports Incapsula. On average, it mitigated a 50+ Mpps attack every three days in that quarter.

Network layer attack duration increased in the same period, with 13 percent lasting for over an hour. The longest persisted for more than 10 days in a row. While most are in the hit and run category—using short bursts launched against the same target—an uptrend points to the prevalence of events lasting more than six hours.

Application layer assaults (targeting layer 7) are comprised of seemingly legitimate HTTP requests, attributed to bad bots that have also grown in sophistication. An ongoing salvo of requests originating from numerous masked IP addresses can bring your web application down in no time, by creating stress on the web servers, database servers or other elements of the web application.

The largest such event mitigated by Incapsula in 2Q peaked at 108,288 RPS (requests per second). The longest ran its course over 67 days, while 59 percent lasted less than 30 minutes. The company attributes this to an increased number of “casual” offenders.

The first item above can apply to any website. While one might think that the second might only be applicable to political entities, what about ecommerce sites based on competitive pricing? Unless strong DDoS defenses are in place, such a site won’t last long in today’s ultra-competitive digital world.

So what can an organization do about fending off DDoS attacks? With assaults becoming both easy to launch and more sophisticated with each passing day, it’s imperative to keep up to date regarding the evolving threat landscape.

Using software and plug-ins for which the latest security patches have been applied is a great start. Penetration testing is a highly recommended critical step before going live. Here, OWASP offers a complete online guide to assist you in your efforts.

Once your app has gone live, monitoring site traffic to benchmark volume and visitor types helps ensure its reliability, as unwanted traffic can be detected and quickly addressed. Assessing traffic flow summaries is a start, followed by such tasks as examining IP source geography and unique source IPs hitting your site.

But data analysis is only a start. SANS Institute offers this guide to help you learn more about successfully mitigating a DDoS attack.

Most importantly, your operations team can create a response plan to minimize the impact of an assault. An effective plan includes procedures for your customer support and communications teams, as well as keeping CxO executives in the loop.

Find a mitigation strategy that works best for your specific business needs. Planning includes prioritizing your concerns and examining the benefits of various mitigation options against your security budget. This is where it’s potentially more cost-effective to engage specialty security services (and their dedicated teams) rather than to try to “roll your own.”

Ensure the DDoS protection you currently have offers the scalability and security capabilities needed to keep your site and server from crashing in the event of an attack.

About the Author  / Ben Herzberg 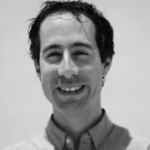 Ben Herzberg is security research group manager for the Imperva Incapsula product line at Imperva. Ben’s a  developer, hacker and technical manager, deeply interested in different technologies and focused on information security. He enjoys developing something new that just wasn’t there before, or solving a puzzle in a different way. Connect with him on LinkedIn and Twitter.

Now, more than ever, companies who rapidly react to changing market conditions and customer behavior will have a competitive edge.  Innovation-driven response is successful not only when a company has new ideas, but also when the software needed to implement them is delivered quickly. Companies who have weathered recent events ... Read More
« Webinar: Leading Change at DevOps Enterprise Summit San Francisco
Don’t Be Samsung: Here’s How You Can Protect Yourself »