On April 19, after a break of nearly two and a half years, the DevOps Days conference is returning to London. Expect great things: All DevOps Days events are extremely interactive, making use of the Open Space format, and this year’s event includes a world-class set of presenters ready to share their experiences and guidance.

The emphasis of the conference is on DevOps in the Enterprise, with specific reference to the financial services industry. That said, the event is open to any delegate, and participation is encouraged for enterprises that may be finding DevOps to be a struggle.

The conference kicks off with a talk from Joanne Molesky a global expert in improving IT at large enterprises and co-author of, “Lean Enterprise: How High Performance Organizations Innovated at Scale.” Molesky’s talk, “We Are Great at DevOps but the Enterprise is Failing,” will include legacy management practices in finance, IT governance and procurement, and how they inhibit our ability to extend the benefits. She will offer up many real-world examples challenge us to apply Lean thinking and principles to break down these management barricades and deliver even more value to our customers.

Kris Saxton, organizer of the London Infracoders meetup group, is slated to present a discussion with the provocative title, “Bimodal IT and other Snake Oil.” Saxton will draw on experience from five projects (four within large retail or investment banks and one with a large re-insurer) to challenge the idea that reforming legacy estates while continuing to innovate shouldn’t be attempted. Saxton hopes to convince you that this thinking is a flawed oversimplification which, when adopted, results in lost opportunities, delays crucial decisions and ultimately cripples innovation.

Expert in everything from platform-as-a-service to people and culture to Perl—with the proud claim that modern Macs still ship with some of his Perl code, Casey West plans to discuss platform applications. He will play close attention to the operations, and, in particular, the operability end of DevOps. In fact, he won’t just be talking about it: Instead using 100 percent open source software, he will be performing a demo on stage in what he promises to be an “interactive live explosion” of a modern platform that will highlight quite how accessible in 2016 they are now.

Day two kicks off with Gene Kim, award-winning CTO, researcher and author of, “The Phoenix Project: A Novel About IT, DevOps, and Helping Your Business Win.” With all his immense dedication to DevOps operations and IT security, when Gene offers to share, “My Top Five Lessons Learned: DevOps In Large, Complex Organizations,” you know it’s going to be extremely valuable. In Gene’s own words: “I can’t wait to share with the DevOpsDays community what I’ve learned, share the problem road map that’s been verbalized, and some of the things we’ve been working on to help people overcome those problems!”

Gareth Rushgrove is perhaps most well-known for writing the Devops Weekly newsletter, which is now more than 5 years old, but his talents don’t stop there. He is also a senior software engineer at Puppet Labs; a former infrastructure, operations and information security specialist for the UK government; and an established conference speaker. In his talk, “Rate of Change, (Un)opinionated Platforms and Devops Coevolution,” he will share insights on how the adoption of practices such as DevOps, microservices and tools such as platform-as-a-service are interconnected. He will explore the power of co-evolution, which makes cause and effect bi-directional, making it possible to leverage what you do and how you do it to improve your organization as a whole. Be prepared!

Philippe Guenet is an expert in DevOps, in particular transforming banks toward continuous delivery. With his talk, “From Lean in Automative to Lean IT,” Guenet plans to draw heavily from what other industries learned in the 20th century dating back to Henry Ford and, of course, Toyota. He will revisit fundamental Lean concepts and principles applicable to IT and explore how they can be applied to improve organizations. The topics will include Total Quality Management, organization optimization, simplification and improved time-to-market.

This is of course all just a taster. Slated also are talks from Thiago Almeida (Microsoft), Michael Coté (Pivotal), Jeromy Carriere (Google), Clair Agutter, Benjamin Wooton, Oliver Wood and John Clapham. In addition a panel is scheduled that will include at least one chief operations and technology officer. Last but not least, on top of all of the great interaction in breaks and Open Spaces and great presenters, we promise a great social event the evening of April 19, including a few surprises.

The last few tickets are available here, so get one before they are gone! 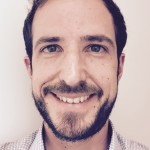 Mark is a DevOps and continuous delivery specialist at Accenture with 11+ years of experience in development, configuration management, infrastructure as code, continuous delivery, environment management, build, deployment and testing automation as well as tooling. Currently, he runs a team specializing in implementing continuous delivery for large-scale, transformation deliveries across multiple industries.  He is also a proud contributor to the DevOps Platform.