I believe that 2016 will be the year that DevOps takes mainstream foothold in the enterprise. And I base this assertion on seven sweeping changes that — from my vantage point — are taking hold and dramatically changing the digital world.

There will be other big changes in IT during 2016, but, when combined, I believe these seven represent a truly significant tipping point that will catapult enterprises toward the future with a velocity and vigor that can only enhance and enrich growth. 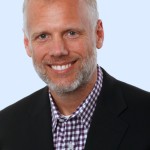 Barry Crist is CEO of IT automation company Chef. Barry has more than 20 years of experience in driving enterprise customer success and adoption with both open source and DevOps software solutions. Prior to joining Chef, he was CEO of Likewise, a company with a strong open source to enterprise go-to-market model that had wide industry reach including OEM agreements with VMware, Dell, HP, Riverbed, and EMC. Likewise was acquired by EMC Isilon in September 2012. Prior to Likewise, Crist served as Vice President of the Application Management group at Mercury, now a division of HP, where he grew North American sales from less than $1 million to more than $75 million. Crist led enterprise sales organizations at Network Associates (now McAfee) and was in various sales, technical, and international roles at Apple.

While building constructive culture, engaging workers individually and helping staff avoid burnout have always been organizationally demanding, they are intensified by the continuous, always-on notion of DevOps.  When we think of work burnout, we often think of grueling workloads and deadline pressures. But it also has to do with mismatched ... Read More
« Don’t Make Me Code Podcast: Onboarding Developers
DBmaestro Unveils TeamWork Version 5.0 »