Why DevOps Communications Need to Be a Two-Way Street

Today, mobile apps have become one of the most important components of brand awareness and opinion. Often considered a company’s “front door,” a mobile app is an important way for consumers to directly interact with a brand, so it’s key for organizations to deliver high-performing, feature-rich user experiences right from the start. The margin for error is low – according to industry statistics, 79 percent of end users will only retry an app once or twice if it fails to work the first time, and only 16 percent report they will give it more than two attempts.

With these requirements in mind, the role of an organization’s development team is more important than ever. In today’s hypercompetitive market, organizations must get applications to market as soon as possible, without compromising functionality and end-user performance. This has led to the emergence of DevOps, a new approach to software development emphasizing greater collaboration, agility and speed across the entire software development continuum – developers, testers and IT ops teams – in order to meet the joint goals of velocity and quality.

An interesting by-product of the DevOps movement is the blurring and blending of roles across the application lifecycle as a result of these condensed timeframes and pressure to deliver new functionality, particularly in the area of testing and quality. This can be a boon, however, as we’ll discuss.

The traditional application lifecycle followed this model – ideation, development, testing and finally, production. It used to be that testers assumed the bulk of responsibility for ensuring an application worked as it was supposed to, before it moved to the production phase. But today, developers are assuming a greater role in testing, ensuring that applications meet basic functional requirements before they move any further down the funnel towards production.

This is known as the “shift left” movement, and ultimately it helps prevent code defects from getting baked into applications as they progress through the lifecycle. The further along an application moves toward production, the more “baked in” defects can become, and the more costly and time-consuming they are to un-do.

Ideally, an organization doesn’t want to treat real end users as beta users. But as the saying goes in software development, “the last bug is a mirage.” The reality is, even with all the due diligence on the left, finding some bugs in production is normal, and the “zero bugs” goal – while sounding commendable – can actually kill motivation, hurt creativity and discourage healthy risk-taking. Many developers note they spend much more of their time modifying existing lines of code, than writing new code. In a sense, testing – and the pursuit of better and better applications – never ends.

This is when IT ops teams can start making own contribution to application quality – a “shift right” so to speak. There is a wealth of information in production data that can be fed back to developers, in order to further optimize application functionality and end-user performance. Forward-looking IT ops teams are going a step further by applying data analytics, yielding deeper insights that can then be fed back to development teams.

Consider the case of SpeechTrans, a leading speech translation company. SpeechTrans applies Big Data analytics to end-user experience data – for example, what screens are end-users getting stuck on the most; where are end users exiting the app – so developers can focus specifically on improving these app areas. Previously, it took SpeechTrans up to three weeks to fix an app issue; now, they can address most problems in less than two days. This approach has enabled SpeechTrans to achieve consistent 5-star ratings in mobile app stores, a key driver of new customers and revenues.

Testing will always be indispensable in the development process, but further value can be realized by releasing an app into the wild and collecting real end-user data. IT operations teams can help developers and testers optimize applications in other ways. For example, they can support Canary Releases (or “rolling roll-outs”), enabling developers to roll out an application to a finite number of end users, in advance of a wider release. In addition, another important component of high-quality applications is cost- and resource-efficiency. IT ops teams can share production data on application usage patterns (such as, when during the day does an application come under heavy load, and when does this load taper off). This enables development teams to code applications accordingly – for example, architecting applications to accommodate longer or shorter queues (depending on time of day) which can free up CPU resources.

So in this way, when “OpsDev” happens, IT ops teams are helping developers do their jobs, but developers are also architecting applications with IT ops in mind, helping them utilize resources better. The days of developers simply creating applications and “throwing them over the fence” to testers and IT ops teams are over. Additionally, with real-time insights into production-level data, IT ops doesn’t just point a finger at development when a code-level problem arises. Rather, IT ops can provide deep, data-based insights into problems, giving developers a chance to prioritize and proactively address fixes. Advances in Big Data analytics are an important part of this.

To be truly successful in the development and testing process, organizations are recognizing that application quality needs to be addressed as early as possible, to prevent as many defects as possible from getting further embedded and ultimately reaching production. But like many aspects of the continuous delivery model, ensuring application quality requires a continuous feedback loop across developers, testers and IT operations teams.

In a continuous agile delivery environment, no one can shift responsibility for application quality to one group or another. The entire DevOps value chain – developers, testers and IT ops teams – must be involved and committed to collaborating as closely and efficiently as possible. In the true spirit of DevOps, lines are being blurred, between not just developers and testers, but also developers and IT ops teams. Silos are being transcended and “left-to-right,” back-and-forth communications streams are taking precedence. When “DevOps” also becomes “OpsDev,” the traditional, linear approach to development is replaced by a model that better supports the common goal – bringing high-quality software and enhancements to market, quickly and efficiently./ 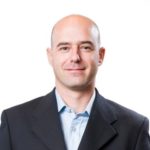 Eran Schitzer is a director of product management in the Application Delivery Management business unit within HP Software, responsible for driving the direction and release of new and existing products within the Performance Testing and Lifecycle Virtualization product suite.

He has more than 15 years of experience launching cloud, mobile and e-commerce products for consumers and enterprises, at companies ranging from start-ups to large-scale public entities.

Since joining the company, Schtizer has led the acquisition of Shunra Software, a network virtualization company; defined and executed the cloud testing agenda, and driven the move from an on-premise to Software-as-a-Service consumption model, including the launch of StormRunner Load.

Schitzer holds bachelor’s degrees in Economics and Management as well as Information Systems from Technion – Israel Institute of Technology.  He also has a master’s degree in Business Administration from the University of California, Berkeley, Haas School of Business

Open source components have become an integral part of today’s software applications — it’s impossible to keep up with the hectic pace of release cycles without them. As open source usage continues to grow, so does the number of eyes focused on open source security research, resulting in a record-breaking ... Read More
« DevOpsQA NJ Meetup – NoSQL in Agile DevOps Model
Webinar: Pimp Your Jenkins Platform with Docker »