The role of Docker on a Jenkins platform is much more than just packaging applications as Docker images. Docker can dramatically change and simplify the way to manage a Jenkins infrastructure.

You will learn in this webinar how Jenkins administrators can solve the headaches of customizing slaves (installing build tools…) with Docker enabled slaves and configure the build environment inside the Docker image.

This session will show how Jenkins administrators can empower application teams giving them the capabilities to create their own Docker images to define the build environment of their applications.

After a review of the patterns of integration of Jenkins with Docker, we will illustrate with a real life example how to Dockerize a CloudBees Jenkins Platform infrastructure. 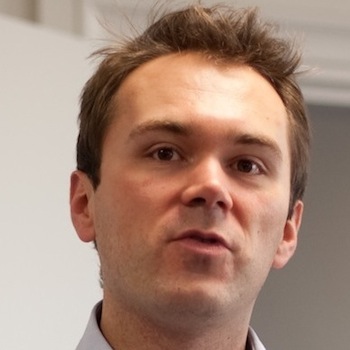 Cyrille Le Clerc is a product manager at CloudBees, with more than 15 years of experience in Java technologies. He came to CloudBees from Xebia, where he was CTO and architect. Cyrille was an early adopter of the “You Build It, You Run It” model that he put in place for a number of high-volume websites. He naturally embraced the DevOps culture, as well as cloud computing. He has implemented both for his customers. Cyrille is very active in the Java community as the creator of the embedded-jmxtrans open source project and as a speaker at conferences.

The entire CI/CD/ARA market has been in flux almost since its inception. No sooner did we find a solution to a given problem than a better idea came along. The level of change has been intensified by increasing use, which has driven changes to underlying tools. Changes in infrastructure, such ... Read More
« DevOps Must Also Mean OpsDev
The DevOps Dozen »