Home » Blogs » DevOps by Osmosis — Is That Even Possible?

“We don’t do DevOps. We can’t, as our development plans are agreed so far in advance and our priority from a production point of view is to keep our systems available 24/7.”

I heard this comment from a pal of mine as we had a quiet beer over the weekend, but I’m sure this comment, or a variation on it, has been uttered many times in many places. Here’s the irony: I had met my pal, who works as a developer for a major financial services company, after he had had the week from hell. His group tried—and succeeded—to fix a major system issue that had come out of the blue. He had certainly earned the beer that week.

So, I asked him: “How did you get the problem sorted in the end?”

“Well, we had to form a Tiger Team,” he replied. “Pulled together some of the DBA team, the key developers and the Ops guys, worked throughout the night and managed to keep the systems up and running the next day, while we used that time to address the root cause.”

“How did you get around the Governance guys?” I asked.

“Well, we brought one of them into the team for a few hours, and she was able to get us past some of the key bottlenecks,” he said.

“Oh, they knew this was a major issue and so we cut out a lot of the QA and just went ahead,” he replied. “It was a bit risky, but we had all the right guys in the room to fix anything that cropped up.”

“So, you manged to get a major change through in a couple days, kept your systems up and running, kept your customers happy, and earned that beer,” I said.

“So, that’s pretty much what DevOps is all about—minus the emergency element,” I pointed out. “Seems to me like you guys are already on the DevOps road.”

“There’s still no way we can do DevOps in our place,” he said. “There’s too many hurdles to overcome, too many guys used to doing things the existing way, which to be fair, has worked well for us. To be honest, there’s too many guys who would feel under threat if we suddenly changed how we do things.”

And that, in a nutshell, sums up the major challenge facing people promoting a DevOps approach. I have spent many years in the IT industry; I go so far back that I wrote my first code using punch cards (look them up) so I’ve seen change come and go, and change has been the one constant. I think many people in the IT industry have become too focused, whether it’s on the latest tools in their area of expertise, or on the newest piece of kit that has been bought, or indeed on the latest problem the business has put in front of them. The industry has become mature—if we compare the IT world to a field such as medicine, you pay passing attention—if you even notice at all—to things outside your specialty field.

Now that’s right and proper. I don’t want an orthopedic surgeon trying to fix the problem with my eye, and I don’t want a DBA to write me some code. But when something comes along that affects the whole industry, I want them to pay attention and not ignore it.

Daysha ran a lunchtime seminar last week, and we titled it “BizDevOps – DevOps isn’t compulsory but neither is survival.” We wanted to use this seminar to engage business people who, let’s face it, are the people we support and who need to understand how IT can make things better. Somewhat disappointingly, while we attracted a great crowd, they were all IT people. No one from the business attended. Now maybe we advertised this event in the wrong places, or maybe we held it in the wrong place, but here’s the thing: We attracted IT people from major companies, and none of those IT guys said to their business people, “You need to hear about this, come along for lunch.” I hope that after our seminar they went back to their business people and said just that, and maybe the next lunch will have the business people in the majority.

When PRINCE came out into the project management world, it was not bought into by a majority of project managers. The same happened with ITIL. And the same will happen with DevOps. It is fair to say that PRINCE and ITIL are pretty much standard on a worldwide basis. I am old enough to remember the time I first heard of them, and the time I did my first course and passed my first tests, but nowadays, they’re part of the furniture—taken for granted, and rightly so.

I think people are a little bit afraid of DevOps, and I can see why this is the case. Think about it for a second: Someone is now saying that the way we have done things for years has to change. That we can do things better, faster, with higher quality, but we just can’t do the massive 12-month long project in the same way. We might need some new tools, primarily on the Ops side. We might need some new skills—again, primarily on the Ops side. But, by the way, we’re not going to do away with the Ops guys (so don’t expect to make major budget savings there). But here’s the thing: Our end customers will notice the difference, and so will not be tempted by the new kid on the block—who, as it happens, is probably using a DevOps approach to develop his application, which is threatening our business.

Change is scary, it’s not easy, and making a major change while you’re still having to churn out the new business requirements, and keep the current systems running … now that’s really scary. But, like my pal whom I shared the beer with last weekend, maybe you’re not as far away from that change as you think you are, maybe it’s not as scary as you think it is, maybe it will affect people positively, maybe you just have to do it. 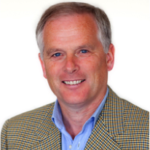 John Brophy is currently Head of Professional Services at Daysha Consulting in Ireland, where he leads a team of 25 project managers and business analysts working on projects in blue-chip clients. He is a 35-year veteran of the IT industry, starting out as a database systems programmer, moving onto leading a team of systems programmers looking after what were then called midrange systems. He then became a senior project manager with a global IT company and followed that up by running his own IT infrastructure support company for 6 years. His background is Ops – and he is proud of that!

While building constructive culture, engaging workers individually and helping staff avoid burnout have always been organizationally demanding, they are intensified by the continuous, always-on notion of DevOps.  When we think of work burnout, we often think of grueling workloads and deadline pressures. But it also has to do with mismatched ... Read More
« DevOps Chat: Mike Pittenger, Black Duck Software on Open Source and DevOps
Putting the ‘Biz’ in DevOps »