Home » Blogs » DevOps Storytime: The Line, The Loop and The Cube

In a time not so long ago, but long enough to be before the mainstreaming of magical ideas such as “configuration as code” or “platform as a service (PaaS),” in a period where the enterprise IT shops were ruled by the one-two punch of Six Sigma and ITIL, there were three magical artifacts sought by the people who spent their working days lubricating the gears of the consulting, development and operations factories throughout the lands of corporatedom.

The three mystical objects consisted of The Line, The Loop and The Cube. Each were first envisioned as possibilities by “automation zealots” as they roamed the corporate cubicle farms in vain attempts to provide enlightenment to their enterprise brethren. As the quest to drive evermore efficacy out of technology shops of all shapes and sizes has progressed, strategists, designers, architects and developers have been slowly creating these possibilities into being. Much like the legend of the Deathly Hallows, if these once-mythical objects come fully into being, the enterprise that can behold all three of the artifacts can create the nigh invincible product/technology factory as it becomes the master of time.

In conceptual land, The Line was just what it sounds like: a singular line, never bending and never deviating from its course. It connected the space from development to production. The idea of The Line has been around a long time—long enough for many shops to now have working implementations running as standard operating procedure. But it wasn’t always this way. 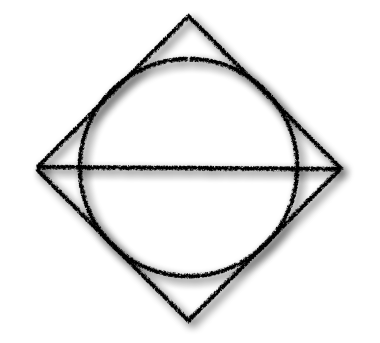 In reality land, The Line was a patchwork of open-source frameworks, glue code, xml files and a few engineers unlucky enough to be tagged with role of “Build Master.” Woven together by the Build Master, these transformative robots and would take coders’ output, compile it into a workable build that merges all of the developed functionality, run and validate test harnesses against it. Once validated, the newly minted build then would be promoted to the higher-level environment, ultimately moving from dev to test, test to stage and, lastly, from stage to prod.

The tools to build and manage The Line have been through many iterations since it first came into use and many shops have progressed far enough into the advanced territories of The Line to call themselves masters of the once-mythical Line. The shops exploiting The Line are now so prolific and the tools have advanced enough that it’s no longer an onerous task to get change-resistant enterprises to try it out.

The Line has transformed from mythical artifact to concrete reality so much so that the believers now outnumber the holdouts. The end result is that shops not embracing the basics of continuous integration risk losing credibility in the eyes of their staff and any potential recruits.

OODA is a Way of Being – The Loop

When someone starts talking about “getting the right information to the right person at the right time,” that person is talking in fairly vague terms about the the long sought-after grail of The Loop. The Line is a good start, but the robot watching the line is only as smart as the humans who created and configured it. This is one of the many reasons to chase The Loop.

What is the use in “shifting left” if you can’t get the alerts and metrics to the people who care? How can the metrics from “shifting left” be acted upon if they can’t be pushed into the view of those who can act upon them? The Loop is the answer, because it is the mechanism to determine many things beyond “the right person.” The Loop knows how to get messages to all interested and responsible parties. The Loop has mechanisms to account for an ever-fluid organizational structure and backup delivery methods for backup delivery methods.

All enterprises have feedback loops. The key differentiator for moving toward mastery of The Loop is the degree to which you have automated the and abstracted the mechanisms inside the feedback loops.

Many people and enterprises are resigned to life without The Loop. The signs are easy to see if you know where and how to look. Are mail distribution lists and org charts always a pain in your organization? Are executive-led fire drills the norm when systems are down? Are system alerts dropping on the floor rather than getting to the first responders and application owners?

If you answered yes to any of the above, your enterprise has not committed to developing and leveraging The Loop. Basic “loop-like” alerting functionality is commonly available from alerting vendors, but true mastery of The Loop cannot be achieved without robust identity management and synchronization technology. Without this critical integration point, alerts and information flow can only be as effective as your manual processes that update the myriad data islands in each and every alerting system within your enterprise.

When enterprises grow, being able to have the enterprise robot army seamlessly drive information flow without requiring sieve-like manual processes is also the key to tightening the enterprise OODA (observe, orient, decide and act) loop. Done with full mastery, one could imagine the possibility of acquiring the last of the three magical grails and maybe the most sought after: The Cube.

Perceiving the Matrix – The Cube

The story of The Cube begins with a question: “What defines the so-called ‘right’ information?” When enterprise technology and design evangelists talk of The Cube they often wax poetic and describe it as all things to all enterprise people at every level within the organization. It provides not only the integrated matrix of the fully faceted enterprise from an organization perspective, but also extends beyond operational information rights into decision rights, affinity groupings and cross-functional teams. 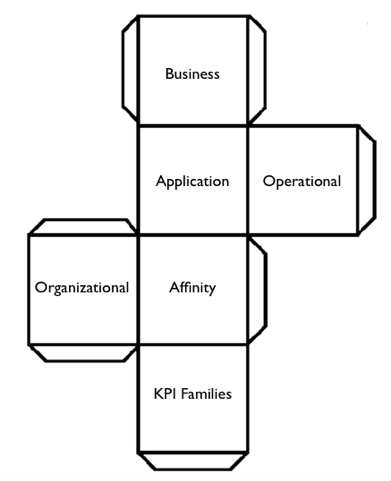 We have begun to see promising beginnings of The Cube pop up within medium and large enterprises through popularizing algorithms and outfitting teams with ubiquitous mission control-style dashboards and screens in team areas. But it is only when these dashboards can integrate and harmonize wide varieties of development, operational and business KPI data that we will be able to claim that we have delivered full and timely context (i.e., “the Right Information”) to the staff sailing the enterprise ship.

The hard part of creating The Cube is not so much the technology required to achieve its development and integration. The really difficult part is coaxing the organizational will to define and maintain the KPI taxonomies for each organizational unit and the integration points between them. Given that a fully mastered Loop doesn’t necessarily understand how KPIs, infrastructure and applications interrelate and affect each other, the Loop will forever be but a required stepping stone to The Cube.

Will a Unicorn be Required for Unification?

The current landscape of open-source and vendor tools to wield and tie together these ungainly enterprise models may not, as of yet, be sophisticated enough to both integrate and simplify the provisioning and cultivation of The Lines, The Loops and The Cubes. The sultry, siren-like call of the Unicorns, however, will likely beckon the cloud builders of today and tomorrow to create not just development to deployment pipelines, but also fully integrated feedback loops with intelligent understanding for how the data connects to form perspective.

It is odd to think about, because with the idealized future state so close to actual possibility, it begs a new set of questions. Hordes of IT professionals around the world have been working to find faster and more fool-proof ways to deliver meaningful perspective into the hands of decision makers and first responders. We are so close now to that mission being accomplished that there are a few instances of the perspective itself not only being generated by “the robot” but also being handed to “the robot” to take the necessary remediation steps.

The ending we are approaching, much like the beginning, circles around a question: “If we truly automate all the things, will there be any more work to do?”

Now, more than ever, companies who rapidly react to changing market conditions and customer behavior will have a competitive edge.  Innovation-driven response is successful not only when a company has new ideas, but also when the software needed to implement them is delivered quickly. Companies who have weathered recent events ... Read More
« 2016 DevOps Dozen Nominations Are Open
How a Database Architect Sees the World »