The evolution of DevOps is by no means done, but it’s safe to say that there is enough agreement and acceptance to declare it a hero. DevOps has helped glorify IT to the point where it’s no longer preventing business, nor a provider nor a partner of the business.

Often IT is the business, or its vanguard for competitive disruption and differentiation.

Splintering the success of this portmanteau hero, we now hear more and more of two trusty sidekicks: DevSecOps and DevNetOps. Lesser known in their adolescence, these tots are still frequently misunderstood, are still forming their identities, and still need a lot of development if they’re to enter the IT hall of fame like their forerunner.

Just as the terms look, DevSecOps and DevNetOps are often assumed to be about wrapping DevOps principles around security and networking: operators hope to assuage technical debt and drudgery by automating in proficiency and resiliency. For networking, I’ve covered how there is a lot more to that than coding, but to be sure, these sidekicks certainly espouse operators learning how to do develop while DevOps was equally, if not more, about developers learning to operate.

The Shift Left: SecDevOps and NetDevOps

As if it wasn’t hard enough to tell what DevSecOps and DevNetOps want to be when they grow up, we’ve gone and given them alter egos: SecDevOps (aka “rugged” DevOps) and NetDevOps. Think about them exactly as the words look—it’s about the shift to the left. Left of what?

Traditional DevOps practices focus on business-specific applications development. The development timeline is known as a concept to cash, and with all the superpowers of DevOps we try to reduce our enemy—the lead time and repeatable processes between code and cash.

Security and building infrastructure, like networks, were considered supporting tasks, not revenue-generating nor competitive advantages. Thus, security and networking were far to the right on the timeline with concerns that deal with operational scale, performance and protection.

Fill the bucket with cash, but don’t forget to forestall the leaks!

DevOps and Infrastructure: Challenge and Opportunity

Automation sparks have flown over the proverbial wall into the camp of I&O pros. Operators trading physical for virtual, macro for micro, converged for composed, and configuration for code is proof that the fire has caught security and networking. Controlling the burn now, is key, so that healthier skills and structures arise in place of the I&O dogma and duff. Fortunately, this is precisely the destiny for our newfound heroes, DevSecOps and DevNetOps.

However, doing DevSecOps and DevNetOps, embracing security and networks as code, we mustn’t be so credulous as to forget the formidable DevOps practices and patterns that need transforming along the ultimate automation journey. Testability, immutability, upgradability, traceability, auditability, reliability and other you-name-it-abilities are not straightforward to achieve.

Discounting “aaS” technology consumed as a service, a fundamental challenge to innovating SecOps and NetOps, compared to application ops, is that applications are crafted and built; security and networking solutions are mostly still bought and assembled.

Security and network infrastructure as code is something that needs to be co-created with the vendors. Other than in the cloud, it will take a while before security and networking systems are driven API-first, and redesigned to offer simulation, finer disaggregation into microservices, and orchestration with scale and resilience.

While this will land first in software-defined infrastructure, there is still a way to go to manage most software-defined security and networking systems with continuous practices of artifact integration, testing and deployment. Hardware and embedded software will be even more challenging.

Is the ultimate innovation to squeeze out those traditional operations altogether? Does NetDevOps + DevNetOps = DevOps?

There is a parallel train of thought and debate, with success on both sides. Purist teams cut out operations with the “you build it, you run it” attitude. Other companies such as Google have dedicated operations specialist teams of SREs. While the SRE reporting structure is isolated, SRE jobs are very integrated with that of development teams. It’s easy to imagine the purist approach, subsuming security and networking into DevOps practices, but only if we assume the presence of cloud infrastructure and services as a platform. Even then, there is still substantiation for the SRE.

Layers below, however, somebody still needs to build the foundations of the cloud IaaS and data center hardware. As they say, “Even serverless computing is not actually serverless.”

Underpinning the clouds are data centers. And then there’s transport, IoT, mobile or other secure networks to and between clouds. In these areas, it’s obvious there is a niche for our two trusty sidekicks, DevSecOps and DevNetOps, to shake up ops culture and principles. These two heroes can rescue software-defined and physical infrastructure from the clutches of so many anti-pattern evils, like maintenance windows and change controls (ahem, it’s called a “commit”).

We may not require rapid experimentation in our infrastructure, but we would warmly welcome automated deployments and updates, failure and attack testing drills, and intent-driven continuous response. They will boost resiliency and optimization for the business and peace of mind for the builders.

Teams operating security, networks and especially clouds, need to honor and elevate DevSecOps and DevNetOps, so that on the journey now afoot, our teams and our new heroes may realize their potential.

About the Author / James Kelly 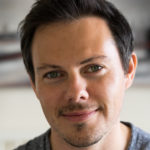 James Kelly is a lead expert architect on cloud and software-defined networking at Juniper Networks. He also serves as a private yoga instructor, and previously, he founded a capital management firm in Ottawa, Canada. Connect with him on LinkedIn and Twitter.

While building constructive culture, engaging workers individually and helping staff avoid burnout have always been organizationally demanding, they are intensified by the continuous, always-on notion of DevOps.  When we think of work burnout, we often think of grueling workloads and deadline pressures. But it also has to do with mismatched ... Read More
« OutSystems: Low-Code Apps Require Sound DevOps Processes
A Matter of Perspective »