As DevOps Enterprise Summit San Francisco (DOES17), slated for Nov. 13-15, inches closer, event founding partner Electric Cloud hosted a special episode of Continuous Discussions (#c9d9), featuring some of the conference speakers. During the discussion, the speakers shared some of their recent DevOps transformation stories and a bit about what to expect during their talks at the conference.

Here is a list of the most memorable takeaways from the discussion:

The secret is inclusiveness – make sure that roles are purposeful. – Gary McKay on getting #mainframe to #microservices #c9d9 @Somos_Inc pic.twitter.com/z4QQQ0rFyS

Every company is different, so approaching a DevOps transformation will vary based on the organization, explains Esser. “Every company has a different set of constraints, a different culture, different things they value. So you can’t just say, ‘Oh, I’ve got this DevOps hammer, and I’m going to start pounding away.’ We understand the principles, but how to apply those and how to execute those principles are quite different.”

McKay on the success of moving from mainframe to microservices with his “Team Dragon” concept: “Team Dragon was formulated to make sure that our CI/CD process as well as our deployment and release processes were consistent. Coming from a mainframe environment to, say, a distributed microservices environment, there are differences not only in culture, but processes and technology. We wanted to make sure all that was managed efficiently and effectively, so that we could do deployments when we needed to do deployments.”

Every company has a different set of constraints, culture, so you can’t just start pounding away at the #DevOps hammer @johndesser #c9d9 pic.twitter.com/M6Yyw9v5q3

Aggarwal will be talking about the DevOps journey at Intel at DOES17: “I will be covering as to how a lot of organizations, including Intel, are trying to board the journey of DevOps. They are successful to an extent, but how to make sure that the quality, which is the sole purpose of this journey, does not get left behind.”

Our goal is to create a pipeline that gives our #developers the flexibility, but that governance & oversight can be achieved #DOES17 #devops pic.twitter.com/4P9JJGXTs7

.@NetEntOfficial is delivering #DevOps-as-a-service, per Aloisio Rocha. Hear more during his session at #DOES17! #c9d9 pic.twitter.com/WqwBELO3Ky

Marc Hornbeek @trace3 talking about converting legacy apps into #Microservices and how to increase agility in the organization #DOES17 #c9d9 pic.twitter.com/yfJ69qQnFT

It’s important to include all teams on your transformation journey, per McKay: “The secret is inclusiveness. Making sure that the mainframe team is part of the microservices process and making sure that we, in our haste to get things done very quickly and very effectively, make sure that we bring them in. We make sure that their roles are purposeful and that they’re part of the process and not just, ‘Oh, you’re just some mainframe guys. We’re just going to ignore you.’”

Esser on the core values of DevOps: “DevOps as a whole is not limited just to an architecture. DevOps, at its core, is about working better together and increasing the flow of value across the whole value pipeline.”

It’s important to find the right balance between allowing your developers to be unique, but also adhering to the rules, says Priolo: “The real challenge is trying to find out a way to allow developers to still have their snowflake ability, while still complying with the standards of the company. It’s not to make everything stringent and follow the same exact path. It’s to create a pipeline that gives them the flexibility, but still gives us the ability to do auditing, to make sure that the code is being checked at its proper place.”

Let the machines do what they are best at – Manish Aggarwal on end-to-end #automation | #c9d9 #DOES17 @intel pic.twitter.com/1n7BjYyt3Y

Sometimes it takes a big mistake or bug to make you realize you need DevOps, explains Rocha: “Our process was intense before, to say the least, especially when some scary bug came or a heavy compliance requirement came in that we had to fulfill in a short amount of time. That made us realize we have to fix this.”

Wow – Aggarwal’s team at Intel went from almost complete manual testing to 100 percent automation in seven years: “When we started about seven years ago, 99 percent of our testing was manual, and everything was repetitive. The work was getting more challenging, and the sheer amount of it was growing with every release. So it was very important to bring that under control. The only way of doing that was end-to-end automation. When I say, ‘end-to-end,’ it’s not 99 percent. It’s 100 percent totally touchless automation.”

Versioning is really about humans communicating with each other – @jpaulreed #DOES17 #c9d9 #DevOps pic.twitter.com/F3mMaEysiv

Reed on the human factor of versioning: “Versioning really is about humans communicating with each other. They’re trying to encode information into that version number, which is, I think, one of the reasons you see people bikeshedding that a lot.”
DevOps can expose your longstanding problems, says Gruver: “When you start trying to increase the frequency of build/test cycles or deploy cycles, you see inefficiencies repeating. You see the trends. There’s a bunch of tools in the DevOps toolbox that enable you to go after that.”

When you try to increase frequency, you’re finding inefficiencies in your system that have existed for years. @GRUVERGary #DOES17 #c9d9 pic.twitter.com/BYfFNIugkc

There’s still value in mainframes, and getting that to customers is key, explains Fell: “There’s a ton of value locked up in mainframes and being able to get that out to other people in a service-oriented sort of way. It’s a hard migration to do, but that cultural aspect of making teams feel like they’re comfortable working with one another is critical to getting through that part of the process.”

About the Author / Anders Wallgren 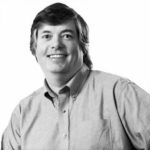 “The Automated Enterprise” e-book shows the important role IT automation plays in business today. Optimize resources and speed development with Red Hat® management solutions, powered by Red Hat Ansible® Automation. IT automation helps your business better serve your customers, so you can be successful as you: Optimize resources by automating ... Read More
« The Interconnectedness of Trees
Tips for Creating Unit Tests for Mobile Apps »