Did you know that 4% of all marriages in the US are the result of people “finding their perfect match” on the eHarmony service? Keeping the systems that are making all of those matches up and doing it 24/7/365 is no easy task. Especially at peak load times like Valentine’s Day for instance. The pioneer in making online relationships relies on many DevOps tools including PagerDuty to minimize downtime and keeps its relationship science systems humming along. 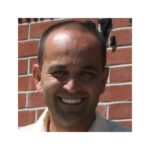 I had a chance to speak with Hav Mustamandy, Director of System Operations at eHarmony. Since Hav joined the team there about 7 months ago he has been busy modernizing the eHarmony network using a lot of tools that you would expect. They are a big Chef shop for example. PagerDuty is another tool they lean on a lot. More than tools though Hav has been instilling a sense of team between his Dev, Ops and QA teams.  In a short period of time, Hav has made tremendous progress in making the eHarmony IT business more responsive, reliable and faster.

Frankly, why shouldn’t eHarmony act more like a Unicorn anyway? After all they are a web based business like many of the companies that we think of as being so successful. But before Hav came it was not necessarily so.

Upon arriving he had to evaluate everything and everyone and start doing things differently. One of those things was the way they use PagerDuty. More than just an update to the old pager, Hav realized that PagerDuty could help him automate their incident resolution processes. Additionally using PagerDuty’s advanced analytics reporting, Hav was able to pinpoint problem areas in both systems and people. With the problem systems he was able to upgrade or change them. With people he realized where re-training was required.

As a result Hav has seen some amazing results. The uptime of eHarmony’s systems even during peak load times has improved significantly.  Technical issues are identified and dealt with before they rise to critical levels.

By leveraging APIs that PagerDuty makes available Hav has integrated several of his other systems into PagerDuty so he can gain insight into their performance as well. To him this is the future. Event management with PagerDuty at the core is what he is aiming for.

For me PagerDuty and ChatOps applications biggest advantage is the ability to move inter-team communications into hyper-speed. If you are relying on email for communication it is probably not fast enough to keep up with your business.

We have been using Slack here at DevOps.com for ChatOps and I can tell you that our communication now moves so much quicker than it did when we communicated strictly through email. However, the discussion I have had with my team is if we are just chatting, what is the advantage of Slack to just google messenger or something like that?

I think the answer lies in integration. Using APIs we should see more than just chatting going on with ChatOps. Systems will communicate with us in real time as well. This is so much more than chatting on a messenger client.

The name of the game whether it is the dating game, the online media game or whatever game you play is doing it faster, better and with less downtime. For eHarmony it looks like they have “found their perfect match”.

« Webinar: Evolve to ITaaS: Self Service Orchestration for the Business
IBM InterConnects DevOps & Systems of Record/Systems of Engagement »