How do you define DevOps? If you went out and asked IT professionals at other organizations, could you guarantee their answer would be the same?

In most cases, the answer to this question is no. DevOps, despite its growing popularity, still lacks a widely agreed-upon definition. There are a few fundamental principles that appear consistently in most explanations of DevOps, such as efficiency, collaboration and improved communication. However, when it comes to the details and how exactly DevOps can be implemented in the software delivery process, differences abound.

Recently, Clutch, a B2B research firm, conducted a survey of IT professionals to gauge knowledge of and opinions on DevOps. The data backs up the notion that a broad definition of DevOps remains elusive—but that fact shouldn’t hold organizations back when it comes to implementing DevOps.

Clutch gave respondents four distinct definitions from separate organizations and asked them to pick the one they think best defines DevOps.

Wikipedia’s definition, recorded in November 2016 and since altered, won the largest percentage at 35 percent. It read, “DevOps … is a culture, movement or practice that emphasizes the collaboration and communication of both software developers and other [IT] professionals while automating the process of software delivery and infrastructure changes.”

The definitions by Rackspace, Hewlett Packard Enterprise and Amazon Web Services each garnered significant support as well, at 24 percent, 21 percent and 20 percent, respectively. Their definitions emphasized different points or excluded elements of Wikipedia’s definition and you can read them in Clutch’s report here.

The organizations’ names were left out of the survey and the definitions’ presentation order was randomized to discourage bias.

No definition won a majority and Wikipedia’s definition leads by only 11 percent. We believe that if there was a “correct” DevOps definition out of these four, then it would’ve gathered more support.

Why Is a Definition So Tough?

The abstract nature of DevOps’ definition may be rooted in the movement’s history.

The idea of combining development and operations teams stems from principles in the Agile software movement, which emphasizes greater communication and collaboration within development teams. By breaking down silos on the operations side, DevOps further streamlined the delivery of product to user.

If the beginning of the DevOps movement could be pinpointed to a specific moment, it would most likely be a talk Flickr employees John Allspaw and Paul Hammond gave at the 2009 O’Reilly Velocity Conference in San Jose, California, titled, “10 Deploys a Day: Dev and Ops Cooperation at Flickr.”

Belgian IT consultant Patrick Debois, who had already been frustrated by the issues between development and operations teams, watched the talk online and, with encouragement by American software developer Andrew Shafer, created the first “devopsdays” conference in Ghent, Belgium. The movement (and the term “DevOps”) took off from there, gaining traction worldwide.

DevOps’ grassroots growth and expansion likely contributes to the lack of a singular definition. The concept was not created by a single organization, nor solidified by a written manifesto, like the Agile movement. In fact, a manifesto may have hurt the DevOps movement, writes Christopher Little on DevOps.com: “If you have a manifesto for something, then all conversation in the domain will, rather quickly, go back to the manifesto for resolution instead of everybody working together. That’s not handy in an ever-fluid, often on-fire, scale-up fast, resilience-oriented, rapidly changing and evolving IT situation.”

So, DevOps’ history possibly explains its undefined quality, but that could be its strength.

David Hickman, vice president of Global Delivery at Menlo Technologies, said, “I think that the word culture is misused. It’s more of a methodology trend than a culture, which pertains more to social elements of organizations and how people relate to each other from a professional and business perspective.”

Brian Dearman, solutions architect at Mindsight, agreed with the culture aspect: “It being a cultural movement is true. Fifteen to 20 years ago, DevOps consisted of two separate things, with operations and development consistently complaining about each other. The culture is being changed, removing the animosity between each side.”

Meanwhile, Nick Martin, principal applications development consultant at Cardinal Solutions and organizer for the CloudDevelop Conference, criticized Wikipedia’s emphasis on automation: “The definition may be a little over-prescriptive in talking about automating processes. DevOps can be done without such a strong focus on automation. It’s ultimately about collaboration and getting groups working together in order to solve the same problems.”

So, DevOps lacks well-defined and universal guidelines. Should that stop you from implementing it in your organization?

Absolutely not. DevOps’ benefits are clear for most organizations that implement it. However, it’s imperative to clarify what DevOps should mean for your organization before you start implementation.

The concept of DevOps is broad, but most everyone can agree that increased efficiency, collaboration and communication are positive changes. However, making a point to hammer out the details with your team before implementation is important. Ideas such as increased communication are futile if every employee has a different approach to achieving them.

Choose DevOps, but choose it thoughtfully.

About the Author / Riley Panko 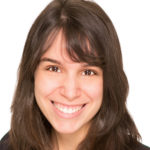 Riley Panko is a Content Developer and Marketer at Clutch, a Washington, D.C.-based research, ratings and reviews platform for B2B services. She conducts relevant research that aims to help consumers enhance their business and select the services and software best-suited to their needs. Connect with her on LinkedIn and Twitter.

Open source components have become an integral part of today’s software applications — it’s impossible to keep up with the hectic pace of release cycles without them. As open source usage continues to grow, so does the number of eyes focused on open source security research, resulting in a record-breaking ... Read More
« One Team, 5,000 Jobs: Life in the DevOps Jungle
Avoiding the Hazards of the Cloud »