Era Software has unfurled a software-as-a-service (SaaS) edition of its platform for collecting and managing log data that is based on a time-series database it built.

At the same time, the company has revamped the user interface of the underlying EraSearch log management platform that IT teams can deploy themselves to make it simpler to troubleshoot IT issues. 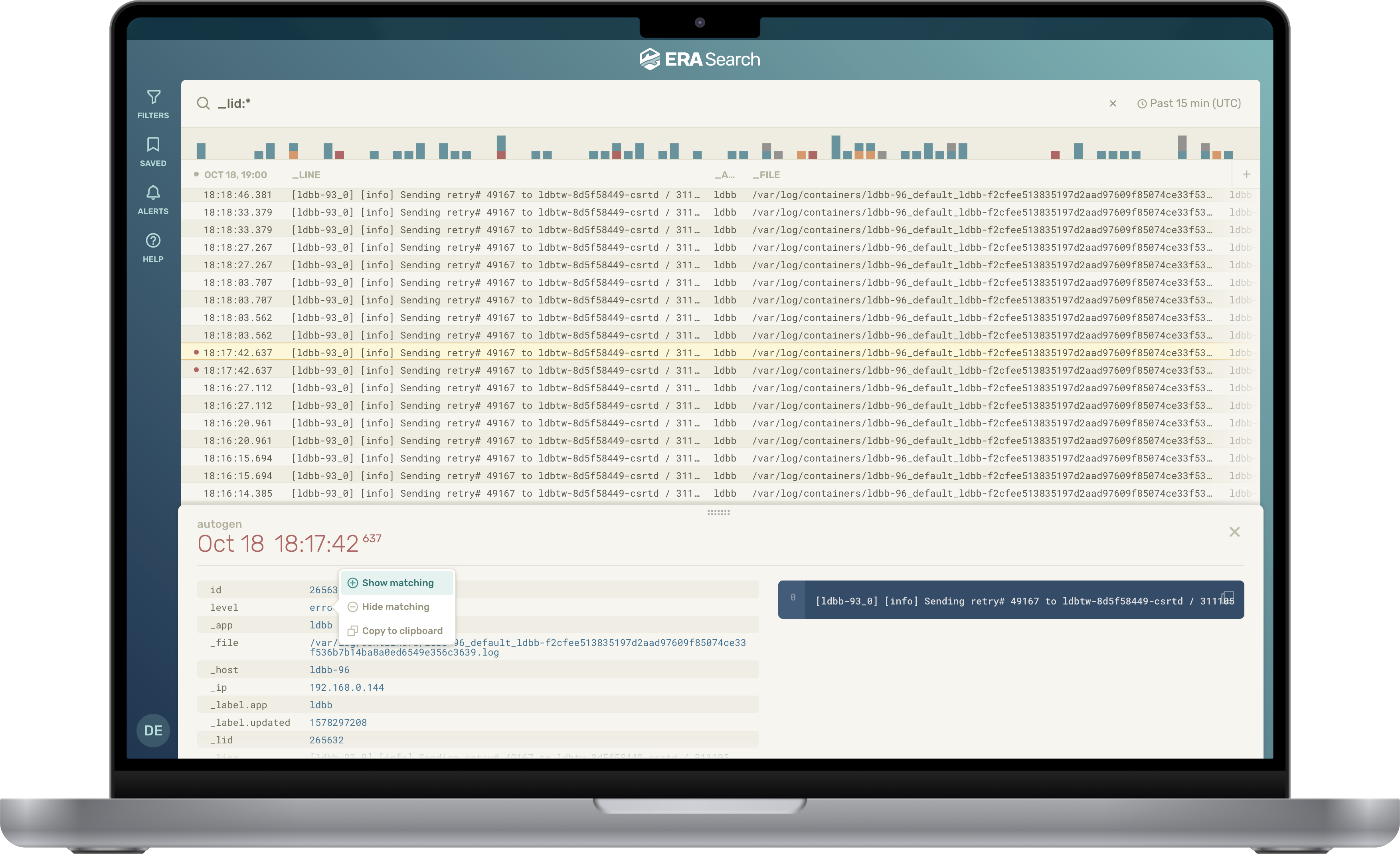 There’s also an indexing engine based on machine learning algorithms that enables the platform to scale better than rival platforms, she noted.

Available via the Amazon Web Services (AWS) marketplace, EraCloud collects, indexes and analyzes log data from cloud applications, Kubernetes and IT infrastructure platforms to provide a centralized means of collecting data at a lower cost. In addition to being able to continuously monitor billing costs, an EraSearch cluster can now be provisioned in minutes.

Era Software, previously known as EraDB, earlier this year raised an additional $15.25 million in financing to drive development of a log management platform that provides an alternative to open source platforms, such as Elasticsearch, that don’t scale as well. The result is a higher total cost as the volume of log data that is less efficiently managed via Elasticsearch steadily compounds. As part of that effort, the company also supports a subset of the Elasticsearch application programming interface (API) to facilitate transitioning from Elasticsearch.

Many organizations today already have terabytes of log data they are trying to manage and store, noted Udovicic.

It’s not quite clear how many IT organizations are considering alternatives to log management platforms. However, as the amount of log data that IT teams want to be able to store over a longer amount of time increases—in part to facilitate greater observability—the pressure to contain the cost of retaining all the data is also rising.

Observability, in general, requires combing logs, metrics and traces—a specialized form of logging—in a way that makes it easier to identify the root cause of an issue by querying data. It differs from monitoring in that observability is achieved using a predefined set of metrics that track whether a platform or application is performing within expectations.

It may be a while before most IT teams generally achieve observability, but the journey typically starts with finding a more efficient way to collect log data in both proprietary and open source formats. Rather than having to normalize all that data, Era Software is making a case for analyzing that data in whatever format it happens to be available.

One way or another, a much larger percentage of the applications deployed by IT teams in production environments will have to be instrumented to achieve observability. The issue now is determining how best to make all the data collected from those applications available to DevOps teams at a reasonable cost.