Ever heard these questions:

More and more frequently, I run into engineers, managers and business leaders describing failures in their organization due to “DevOps.”

Oddly, digging a little deeper, I find that most of these cases are simply failure by substitution. The Operations team was failing, so they rebranded it DevOps. Alas, buzzword compliance was unable to change the trajectory of the team and the buzzword was blamed.

DevOps today is–still–an ill-defined set of practices closely associated with automation and operations. If you accept this as fact, then DevOps can neither fail or succeed. If we want to measure the success of the DevOps movement in an organization, then we need a definition that leads to accountability.

A Definition for DevOps

The DevOps movement, unlike Agile, lacks a manifesto. To fill that gap, I assert that DevOps is a philosophy and that its base definition is:

DevOps is the way in which a technology organization embeds itself in a business to the benefit of that business.

As an example of this sort of failure, take a lesson from project management. Many shops adopt Jira because it can do anything. Since the tool can do anything, that means their workflow is capable of anything! Problem solved, QED. We all know tools are not process. When we look at our own track records of instituting change. too often the change stemmed from tool choice, not critical thinking about what was to be accomplished.

Tools should reflect the philosophy they are implemented to support. Without that philosophy tools will fail. The more complex the problem or tool, the more spectacular the failure. In this example, Jira did not fail, leadership failed. Specifically the thought leaders entrusted with workflow management.

Are you Doing IT DevOps Style

DevOps is about evolution. If you are doing IT DevOps style, then you are asking questions like:

While automate-all-the-things is often associated with the term DevOps, automation without cultural shift will result in broader failure, rather than success. Like any technology problem, at its core DevOps models account for their impact on people because businesses are composed primarily of people.

Over the course of the next few months. I will relate my experiences at several companies. Articles will describe:

I hope you will join me to learn how the practice of DevOps as a philosophy can lead to millions of dollars on the bottom line, happy bosses, fluffy bunnies and rainbows. If your lucky, you might even become a unicorn, though my own horn has yet to sprout.

The first case study will describe a failing company with three months capital. An amazing team. Some amazing mistakes and, ultimately, some amazing success. Technology decisions driven by the needs of a sales team. Automation driven by a business model. A successful acquisition.

About the Author/Boyd E Hemphill 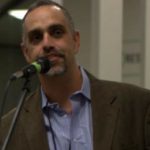 Boyd E Hemphill is Director of Evangelism at StackEngine (link). , an enterprise grade, Docker operations management software company. DevOps raconteur and organizer of community events in Austin, find him on Twitter or LinkedIn.

“The Automated Enterprise” e-book shows the important role IT automation plays in business today. Optimize resources and speed development with Red Hat® management solutions, powered by Red Hat Ansible® Automation. IT automation helps your business better serve your customers, so you can be successful as you: Optimize resources by automating ... Read More
« DevOps Video Rodeo: DevOps 101
The Role of a Traditional NOC in the new DevOps World »

THE UPSKILLING IT 2022 SURVEY IS NOW OPEN