F5 Networks today revealed plans to launch multiple projects in the months ahead that will extend its commitment to open source beyond the NGINX proxy software the company acquired in 2019.

The announcement was made during an online NGINX Sprint event; two of the projects are extensions of NGINX that will address networking requirements between microservices-based applications in addition to the management of fleets of NGINX instances. The third project is a platform-agnostic open source developer tool for building modern applications that does not necessarily require NGINX proxy software.

At the same time, F5 Networks also unveiled an open source NGINX Modern Apps Reference Architecture that gives IT teams access to a complete, fully operational microservices-based application that can be deployed in minutes on a Kubernetes cluster. Based on a modular approach made up of open source components that come pre-wired and pre-integrated, F5 Networks is committing to extending this framework in collaboration with multiple third-party vendors and organizations. 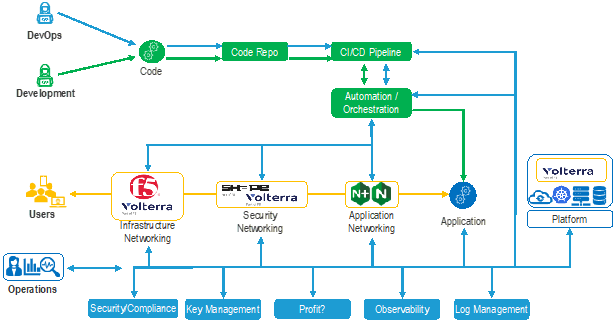 Rob Whiteley, general manager for the NGINX product group at F5 Networks, said the company is also committing to modernizing its NGINX proxy software to leapfrog rival open source Envoy proxy software being advanced under the auspices of the Cloud Native Computing Foundation (CNCF). NGINX is still more widely employed than Envoy largely because it is lighter-weight and easier to deploy, but Whiteley conceded that Envoy has more advanced capabilities.

Envoy, of course, is at the core of the Istio service mesh. F5 Networks supports both Istio as well as a service mesh it has developed on top of NGINX. Depending on the number of application programming interfaces (APIs) that an organization needs to support, an IT team might make use of proxy software, ingress controller or an API gateway for a service mesh to manage them.

Finally, F5 Networks said it will participate in the Kubernetes ingress project and that it is joining the gateway API community as its implements its own NGINX-based gateway controller to ensure its proxy software and Kubernetes remain tightly aligned in the future.

In general, Whiteley said F5 Networks also is making a commitment to be clearer about where the line between the open source and commercial editions of its offerings is drawn. As a rule, the open source editions are designed for developers and small teams while the commercial version is designed to scale within enterprise IT environments. The overall goal is to promote innovation without enabling cloud service providers to reap all the revenue benefits of F5’s research and development by creating a service based on that open source software, said Whiteley.

As part of that effort, F5 Networks is expanding the number of open source projects it supports to make it easier for developers to contribute code beyond the core NGNIX proxy software, said Whiteley.

It’s not clear to what degree F5 Networks will be able to rally the open source community to advance additional projects beyond NGINX. The company is promising to provide additional details at an unspecified future date. However, Whiteley said there is still plenty of room for innovations not only in emerging technologies such as service meshes but also proxy software that is already widely employed within many enterprise IT organizations. Especially since most of them are embracing microservices-based applications that will ultimately change every aspect of IT.

While building constructive culture, engaging workers individually and helping staff avoid burnout have always been organizationally demanding, they are intensified by the continuous, always-on notion of DevOps.  When we think of work burnout, we often think of grueling workloads and deadline pressures. But it also has to do with mismatched ... Read More
« Edge Computing: Tech’s Next Trillion-Dollar Opportunity
Majority of Software Engineers Want Remote Work Options »