In the early days of Agile and Lean development practices, a very noticeable gap appeared between dev teams and ops and QA. Development was accelerating at a lightning-fast pace, but testing processes could not keep up, slowing down the entire life cycle and preventing organizations from achieving continuous delivery. Traditional testing methods, which rely heavily on manual processes and frequently updated GUI tests, proved too cumbersome and inadequate for our new lifecycle timelines.

The era of testing as an afterthought is dying out, and continuous testing has emerged as the new standard. The idea behind continuous testing is pretty straightforward: Implement a systematic approach towards improvement that incorporates not only automation, but also all of the other tools and processes that will help reduce risk before software progresses to release and production. Organizations embracing this are rethinking testing as a continuous process that starts from the sandbox, rather than a precursor to release.

At xMatters, we strive to a testing strategy that supports our goal of committing to production multiple times per day—one that we’ve been diligently moving closer to, having progressed from releases every quarter to every month to every week to now, twice per week. Our approach is to conduct unit tests at the team level, code quality, sonar and static analysis, and then deploy to production at limited percentages that we bump up in stages. Our overarching mantra is “fail fast,” because the faster and sooner you fail, the faster and sooner you can fix what’s broken, and the less resources and time you will spend troubleshooting and resolving issues. This, of course, translates to real cost savings.

Correlating failure to actual events is the biggest hindrance to the continuous testing dream, as pinpointing root causes is an incredibly time-consuming process. This is where automation will take us to the next level, if implemented in a smart way. The future of continuous testing will be adaptive so as to determine the causes of failures faster. We need to automate as much as possible the process of predicting where code quality issues are and identifying the precise data correlations that will enable us to fix issues rapidly.

Part of this adaptive testing approach will include automating intelligent regression testing. We don’t need to run a black box test in every instance, for example, which can take hours every time. We’ll save incredible amounts of time, money and developer resources if we design tests that can detect new changes and only test those. Smarter regression testing will result in precious time saved that ultimately impacts—and can even make or break—the speed of innovation.

Another critical consideration to smarter testing is making sure to account for a comprehensive understanding of risk. We need to incorporate real business considerations into our understanding of risk and bake those into our tests as well. We should hold our software to not only standards of code quality and integration success, but also to meet real business expectations for areas such as security, compliance and reliability. Testing from the bottom up must be done in tandem with top-down analysis to account for the full spectrum of potential risks that have the potential to impact the bottom line. Machine learning systems can also be extended to learn new business applications as new functionalities are added and assist in creating test cases that serve to enhance the quality of the application.

Developing these intelligent automation tools remains our biggest barrier to achieving the continuous testing dream, and while many organizations are gunning for it, most are still mired by manual processes. A global study conducted earlier this year by CA Technologies, for instance, demonstrated that while 75 percent of organizations identify continuous testing as important, just 20 percent report a high quality of test automation coverage.

It’s worth noting that not every aspect of testing can be successfully automated. The vast majority of functional tests will almost certainly not be manual processes—but what about user experience testing? We have yet to conceive of an approach to this that can truly be automated. Because nothing beats a real human’s assessment of experiential quality, this will be one of the areas of testing that will likely remain manual. Thus, while our goal is to automate 100 percent, realistically this won’t be the case.

The end goal here is not only to achieve the dream of continuous delivery, but also to eliminate distractions as much as possible. The more repeatable processes you can automate, the fewer distractions your team will encounter, and the more they can focus on creativity, strategy and building new features and capabilities instead of fixing old ones. This is what will ultimately determine your ability to innovate, as you’ll no longer have to sacrifice either time, scope or quality.

About the Author / Deepa Guna 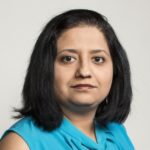 Deepa Guna is Senior QA Architect for xMatters. She has been working in technology since 2003. Connect with her on LinkedIn.

While building constructive culture, engaging workers individually and helping staff avoid burnout have always been organizationally demanding, they are intensified by the continuous, always-on notion of DevOps.  When we think of work burnout, we often think of grueling workloads and deadline pressures. But it also has to do with mismatched ... Read More
« Research Firms Agree, Cloud Growth Continues to Soar
DevOps Chat: Harness.io, Continuous Delivery as a Service w/ Steve Burton »