Granulate today announced that a platform that leverages machine learning algorithms to optimize Linux server environments running on-premises or in the cloud is now generally available.

The Granulate platform employs agents, dubbed gAgents, that install machine learning algorithms to continuously optimize deployments across a server environment, said company CEO Asaf Ezra. The company also launched gCenter, a portal through which IT teams can manage the deployments of those agents. 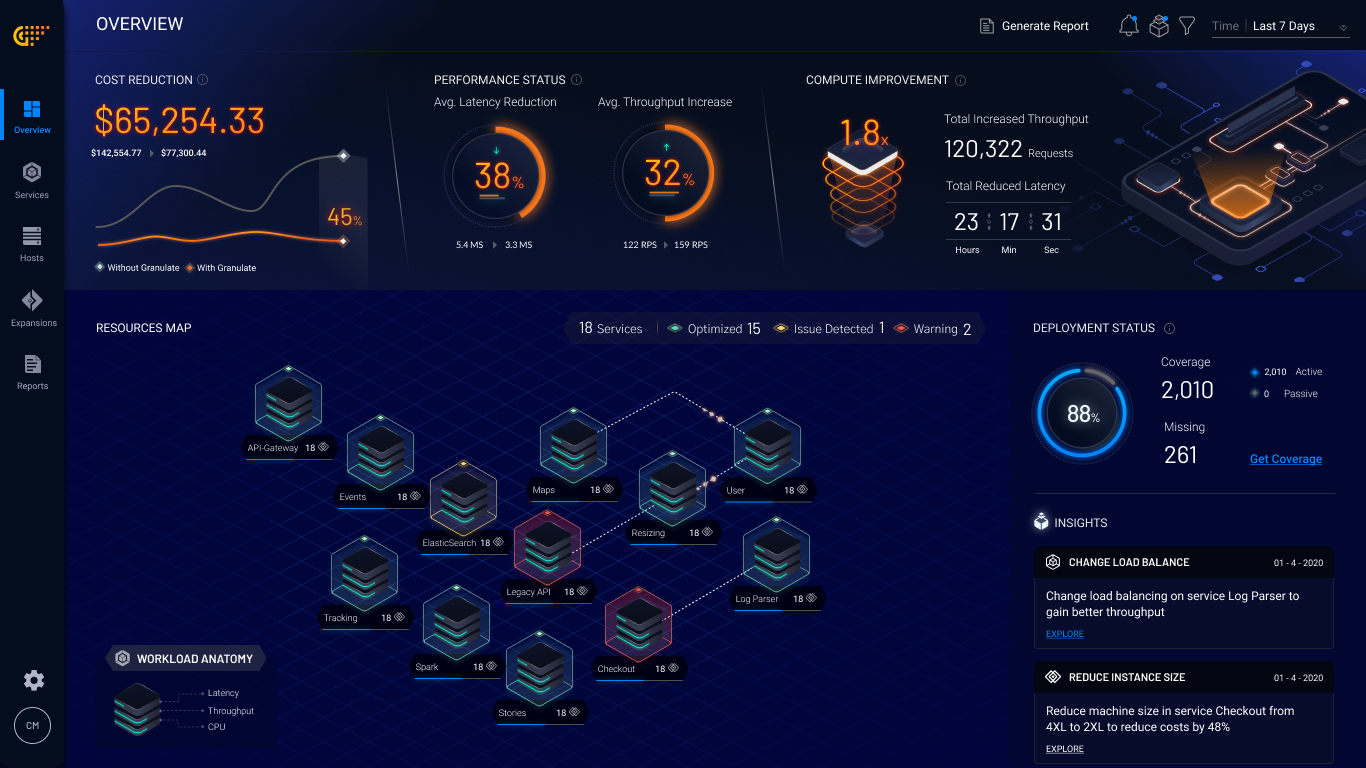 Ezra said the agents created by Granulate will then automatically optimize the server environment based on parameters defined by IT teams using gCenter. That capability not only enables IT teams to reduce costs by 60% but it also results in a 40% improvement in response times and a 5X improvement in overall throughput without any changes to application code being required, he said.

According to the company, more than 40,000 instances of gAgent have already been deployed by IT teams at PicsArt, Perion, AppsFlyer and Coralogix.

The gAgents are designed to install easily using a single command line on any Linux server. Once installed, Ezra said, it’s not long before IT teams discover they can significantly reduce their cluster size and downsize their machines.

In the wake of the economic downturn brought on by the COVID-19 pandemic, IT teams are under more pressure than ever to reduce costs. IT environments, however, have often become too complex to optimize without relying on some form of artificial intelligence to automate IT operations (AIOps).

While many IT teams may have initially been dubious of the effectiveness of AI, it’s become increasingly apparent that optimizing IT environments without relying on machine learning algorithms to some degree isn’t feasible.

The challenge, of course, is making sure that whatever form of AI employed is making the right optimization decisions. As such, most IT teams tend to launch small AIOps projects initially until they can verify that the decisions being made are valid. Once a level of trust is established, many of the tedious tasks that IT teams that once were performed manually are either eliminated or, at the very least, reduced sharply.

It’s not clear exactly what impact AIOps in all its forms will have on IT jobs. In theory, smaller IT teams should be able to manage larger IT environments. However, rather than eliminating positions, most organizations appear to be increasing the volume of applications they can deploy as the overall IT environment becomes more automated.

Like it or not, IT is becoming more automated. The issue now is determining precisely where the interface between IT administrators and machines that can manage themselves now lies.