Illumio Chief Commercial Officer Alan S. Cohen recently wrote in his blog, “Go, Slow and No: Bringing DevOps Speed to IT Security,” “There are reasons why security and risk professionals often react with a ‘no.’ When you are tasked with assessing and reducing risk, going fast might not be the first instinct.”

Many InfoSec practitioners adhere to accreditation and certification programs such as ISO27001, SSAE-16 SOC and PCI compliance. This ultimately means they follow strict policies and procedures for software development. These procedures go through many gates, including risk analysis, design and code reviews, penetration testing and ITIL-based change-management processes. InfoSec teams live in a world where they have to plan their changes months in advance, and this world often is in direct conflict with agile development and DevOps concepts.

Agile is all about focusing on flow and end-to-end cycle time, releasing very small changes fast, early and often. It’s not about the number of things in each sprint, but rather what’s needed now for MVP and iterating. For agile and security to be in alignment, there needs to be a fundamental shift in the principles and values that enable the business over governance and process.

Embracing agility and DevOps opens the door to new possibilities that can improve security posture without hindering the business. Security will quickly discover a new set of best practices:

Security can become an enabler. It no longer has to be stuck being the department of “No.” InfoSec can now be the team-building tools and systems that enable development teams to do what they want in a secure way.

About the Author / Alfred Garcia 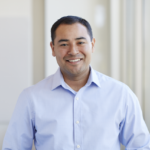 Alfred Garcia oversees DevOps for Illumio, where he is responsible for all preproduction and production cloud/infrastructure engineering and site reliability. A technology and operations executive with more than 18 years of experience, Alfred is an aggressive advocate of DevOps and of deep operations and engineering collaboration, from design to code/test and release to production support.

No matter where you are in your hybrid cloud journey, security is a big concern. Hybrid cloud security vulnerabilities typically take the form of loss of resource oversight and control, including unsanctioned public cloud use, lack of visibility into resources, inadequate change control, poor configuration management, and ineffective access controls ... Read More
« Balance: The Key to Successful DevOps
SourceClear Launches Free Security Product for Development Teams Building with Open-Source Libraries and Frameworks »