In the realm of IT buzzwords, DevOps is in a league of its own. The pervasiveness of the word is matched only by the variety of its definitions. Over time, much like the parable of The Blind Men and the Elephant, it has slowly taken shape out of the void, albeit in a backwards fashion. Associated terms such continuous delivery, integrated quality assurance and deployment automation have helped backlight the beast’s silhouette, but there is much more to discover.

Generally, DevOps is defined by how it is used rather than what it is. This is helpful for those already familiar with the amorphous nature of the movement, but can be a confusing introduction for the uninitiated. To achieve a better understanding, it is important to grasp the underlying need driving the shift to a DevOps model.

Currently, the world of IT is barreling toward a future dominated by increasingly specialized and inherently complex automated solutions. Software is taking a front row seat in ways never before possible. (Insert here)-as-a-service offerings and the demand for instantaneous and consistent deployment turnaround is at an all-time high. The days/weeks required to shuffle a solution between development and engineering is a luxury that most companies can no longer afford and is less tolerated by customers. This level of expectation is something that the traditional IT org chart was not designed to cope with. Tech companies everywhere have felt the strain of this increasing momentum, with many at a loss of how to handle it. Demanding that teams work harder, faster, longer will only get so far. And inevitably, increased intensity results in a rise in mistakes and an inferior product.

Clearly, change was and is needed. The path from development to operations needs to be streamlined at a fundamental level. However, dissolving the barriers between two longstanding departments is not without its perils. As any IT veteran will tell you, development and operations each have their own cultures, quirks and personalities. But the differences in each help create the perfect balance.

In its purest form, development is the trailblazer, forging into uncharted territory and unearthing hidden gems. Ever the innovator, Dev values progress and change above all. This constant forward momentum is Dev’s greatest asset as well as its Achilles’ heel. The habitual urge to tinker, tweak and create can lead to frivolous or wasted effort. The results of this misguided effort can be seen in retrograde patch releases, hotfixes and other “band-aid” measures needed to undo the damage.

On the other end of the spectrum, the operations mantra can be summarized with the idiom, “If it ain’t broke, don’t fix it.” Pragmatic to the core, stability and consistency are the guiding forces behind Ops. Change requests are usually met with a Treebeard-esque, “Don’t be hasty.” Taken to the extreme, this mindset can quickly lead to an environment running outdated, unpatched software and end-of-life hardware.

On the surface, the differences between these two groups appear to be on the verge of irreconcilability. However, in this diversity the beauty of DevOps emerges as the strengths of each team balances out the weaknesses of their counterpart. Development is free to innovate and create knowing that their efforts will be guided by feedback from operations. Like stabilizers on a rocket, operations is able to focus on maintaining a reliable infrastructure with development providing the forward momentum. Working in unison, this duo forms a unit far greater than the sum of its parts. And with it, a company is left with an agile and stable launch pad from which to tackle the latest wave of IT challenges.

Admittedly, the combining of development and operations into a single cohesive unit is just a piece of the entire DevOps puzzle. However, it is an important piece that is frequently overlooked. Understanding the forces and motivations at work within your teams is a pivotal step on the road to a successful DevOps transition.

About the Author / Jared Perry 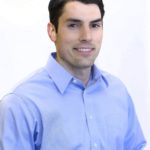 Jared Perry is a cloud engineer at iland, where he is responsible for maintaining the virtual infrastructure and a number of disaster recovery solutions. He holds a Bachelor of Applied Science in technology management and a Bachelor of Science in IT administration and management from Texas A&M University.

The entire CI/CD/ARA market has been in flux almost since its inception. No sooner did we find a solution to a given problem than a better idea came along. The level of change has been intensified by increasing use, which has driven changes to underlying tools. Changes in infrastructure, such ... Read More
« Q&A: Sematext’s Thies on Docker Monitoring, Part 2
Hello, Security. Meet Agile »