Back in late February we launched our latest survey in partnership with Automic. The survey sought to understand how developer tools are selected and used within organizations. We wanted to have some insight into how prevalent Shadow IT was. Well thanks to the hundreds of you who responded, we have been busy working with Automic analyzing the results. Frankly in some areas the responses bore out our original hypothesis, but in other ones the results were pretty surprising.

Not to be a tease, I should tell you we are not releasing the full report and results until our webinar on this on May 4th. You can register for that one here. But let me give you some insight into some of the results:

These are just some of the insights we will be discussing at the webinar. Also all attendees will receive a full copy of the report with analysis. So mark your calendars now and register for the webinar where we will discuss these results and more.

BTW, the webinar will feature myself and Kerry Lebel, senior director of community for Automic. 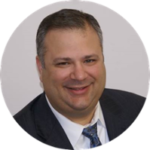 Scott Willson is Product Marketing Director, Release Automation at Automic Software. He has over 20 years of technology experience that spans software development, pre-sales, post sales, and marketing. Scott is passionate about technology and helping business achieve value through technology and was leading DevOps at organizations before it was coined DevOps.

“The Automated Enterprise” e-book shows the important role IT automation plays in business today. Optimize resources and speed development with Red Hat® management solutions, powered by Red Hat Ansible® Automation. IT automation helps your business better serve your customers, so you can be successful as you: Optimize resources by automating ... Read More
« How to Determine Enterprise Security Vulnerability
Digital Transformation Strains Traditional IT »